News released on the first of the month has reached the DDN office that, following a number of high-level meetings of half a dozen miscellaneous and misinformed sports executives in London last month, it has been announced that a brand new organisation has been set up to take on the might of the Professional Darts Corporation (PDC) and the not-mighty-at-all British Darts Organisation (BDO).

The newly-established National Croquet and Bridge Union (NCBU) intends to promote croquet (an ancient outdoor game played by posh folk where players try to hit largish balls through rather narrow hoops from a distance) during the summer and Bridge (a fairly complex card game played by even more posh folk during the winter). 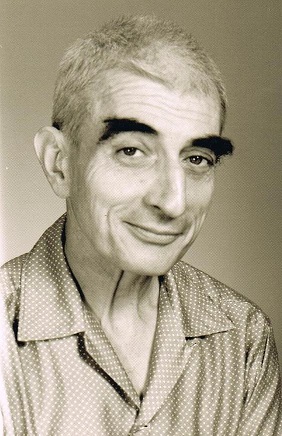 The Chairman of the NCBU, Bert Tremble, (pictured) told a gathering journalist outside the Bell and Ballcock pub, Beckton, east London:
"The idea is to promote our sports over the next twelve months to show that there is more fun to be had playing croquet out of doors in the sunshine during the summer and indoors playing Bridge during the winter months. We don't care much for darts as it seems to be preferred by common people and those who like a drink or four every day.
As we are allied to the Temperance and Band of Hope Society (TBHS) it is our intention to spoil everyone's fun as quickly and as efficiently and as soberly as we possibly can. We intend for our actions to have a great impact on people's sporting preferences deflecting interest away from the juggernaut that is the PDC and handcart that is the BDO."

International Darts Ambassador Flop O'Lair, told DDN
"I can't see this working. My committee and I will fight the NCBU with every breath we take, every move we make, every smile we fake. We'll be watching them. We cannot see croquet drawing the huge crowds that darts does and surely the silence that is compulsory with bridge games would be something that those who enjoy singing "Stand up if you love the darts" and "Oooooooooooooooooh! Michael van Gerwen" would not be able to transfer to bridge-watching audiences, unless of course it was restricted to the card-players' walk-ons."