Friday, 13. December - the first day of the tournament

To every walk-on - and that will not be different tonight - a walk-on song belongs. Many of the walk-on songs I've now after all the tournaments I have seen stored some where in my brain. When I recently once again listened to the SWR radio hit parade on one of the first places I suddenly did see green and thought "well, Michael van Gerwen". "Shine On You Crazy Diamond from the album "Wish you were here" from Pink Floyd is only a small part of his walk-on song. The rest - "Seven Nations Army" is well known from football. There the song already appeared a short time after it was published in 2003. Why van Gerwen chose this combination I don't know. Might be he is Pink Floyd fan. Might be he is football fan. Might me he liked the text of Seven Nations Army which starts with I'm gone to fight 'em all. Might be van Gerwen even didn't have anything to do with his walk-on song and his manager put it together. 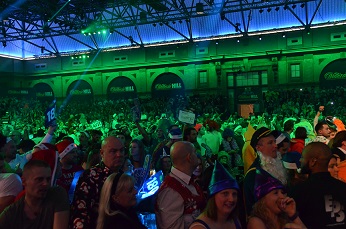 Van Barneveld's "Eye of the Tiger" is a sports song as well. It was composed for the boxing scenes of the film Rocky III. I heard it for the first time during the track bike World Championship in Stuttgart where it always was played for the winners. Other walk-on songs run around the players' names or nicknames as it is the case with Dave Chisnall and Kim Huybrechts. Some players changed their songs during their darts career. Jelle Klaasen already used four different songs, Chris Dobey three and Geert de Vos already tried it with five different songs.Some walk-on songs have to do with the origin of the player as Larry Butler's "Out of America". And there exist some songs which are used by several players for example Anne-Louise Peters and Mensur Suljovic both use "Simply the Best". Deta Hedman and Rob Cross both decided on "Hot, Hot, Hot". "Eye of the Tiger" is not only used by Raymond van Barneveld but by Wayne Warren and Dennis Harbour as well. As Dean Winstanley told me once the walk-on song is emotionally of some relevance. Most players don't arrange their song - they only spill as many hands as possible as fast as possible on the way to the stage and than wave to the crowd from there - that's all. Peter Wright hops over the stage and back, Dimitri van den Bergh shows his dance, Daryl Gurney sings and conducts the crowd and Devon Petersen shows his pantomime. The rest didn't invent anything. 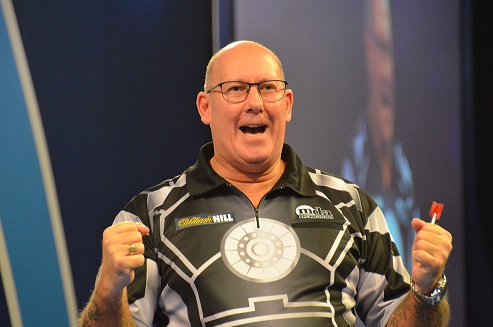 In the last match of the evening it will turn green again - as it is tradition by now the reigning champion - this year Michael van Gerwen - will stand on stage. He will play his second round match against the winner of the opening match between Jelle Klaasen and Kevin Burness. It is a match van Gerwen should win though of course first round matches of the World Championship sometimes have surprising results. But one didn't hear a lot of Klaasen and Burness during the year and I feel van Gerwen would have to miss a lot of doubles to lose this match.
More difficult is it to predict who will win the match between Klaasen and Burness. Burness really played well last year on the Alexandra Palace stage - he is capable to win against Klaasen. 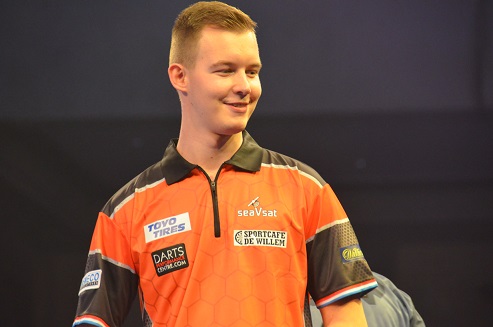 The second match is Belgium against Holland - Kim Huybrechts plays against Geert Nentjes. Huybrechts this year had really great performances from time to time while Nentjes dominated together with Ted Evetts the Development Tour. As Huybrechts has much more experience on stage I believe he will win the match.

The third first round match of the night could be rather evenly matched as well. Luke Humphries was one of the best upcoming players during last year's World Championship; he defeated Rob Cross and reached the quarterfinals. Due to his anxiety attacks he was not always as successful during the season but it looks he's getting back. One didn't see a lot of Devon Petersen this year though we heard quite a lot of him as commentator recently. I would say - a small advantage for Luke Humphries. 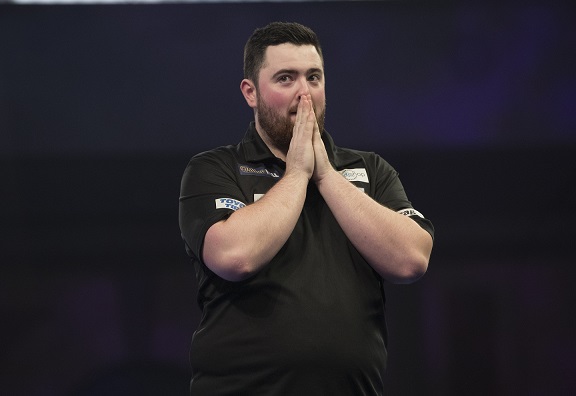