When you are here in London at this time of the year you will here Christmas songs everywhere. What you here is as international and colourful as the World Championship. So I decided to choose a Christmas song for every day of the tournament I stay here in London. As today two players from North America will stand at the oche my song of the day is "White Christmas" Not that there is even a lit bit of snow to be seen here with the exception of what you can find in the shop windows of Selfridge's. But I am sure a lot of people would prefer a white Christmas with snow to the wet Christmas with rain we've to expect. 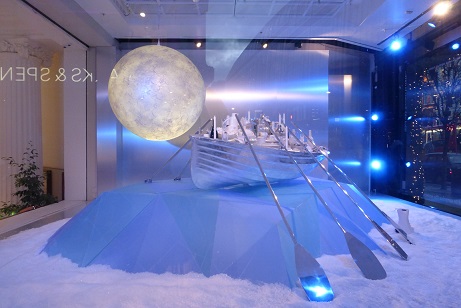 The composer of "White Christmas" was American Irving Berlin who was neither able to read nor to write notes so his secretary Helmy Kresa had to write the song down. From the start Berlin was sure the song would be a success and his chosen singer Bing Crosby was delighted. On 25. December 1941 Crosby sung White Christmas for the first in a radio show. The following year it was recorded together with other songs from Berlin for the film "Holiday Inn". It did not really fit - the film got into the cinemas in August 1942 and both the film and the song had some initial difficulties. but in October the song for the first time reached the first place of the pop hit parade and stayed for many years under the top 30. It is not quite clear how often "White Christmas" was sold till today, probably it were over 100 Million singles in different languages. Till today it is the most valuable song authors right of the world, every year the song is sold again and of course you often can hear it on the radio.
With Crosby another "White Christmas" film was produced which came into the cinemas in 1954 under the title "White Christmas". Frank Sinatra recorded the title as well and in 1957 Crosby and Sinatra together song the title in Sinatra's TV show. In 1975 the song initiated the evacuation of the US soldiers from Saigon - another evidence how important the song is in the culture of the USA.
But I am nevertheless sure neither Matt Campbell or Darin Young will walk-on to "White Christmas" though that would be quite a nice idea during the World Championship. 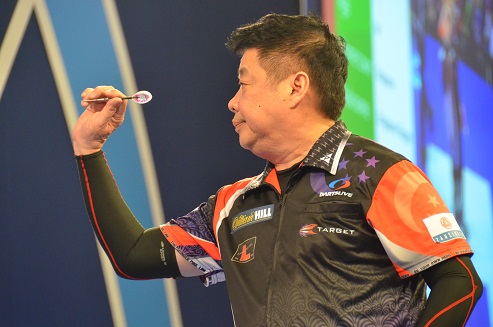 The second day of the tournament is the first of many long days of darts. There will be two sessions both with three first round - and one second round match at the end of the session. Jermaine Wattimena and Rob Cross will be the two seeded players. Beside we'll see quite a lot of international qualifiers.
The afternoon session looks at first view not quite as high class as the evening session, but you never know! First Darius Labanauskas plays against Matthew Edgar - we had the same combination last year. Labanauskas played well in the last World Championship but after that you didn't see much of him though he was rather good on the Nordic and Baltic Tour. Nevertheless I think he has a better chance to win than Edgar. He defeated him last year which always is an advantage.
After that Ryan Meikle will play against Japanese Yuki Yamada - I haven't see Yamada often, but in his home country he is successful. Ryan Meikle developed quite well during last year. Would it be possible in the World Championship I would say the match will end in a draw. 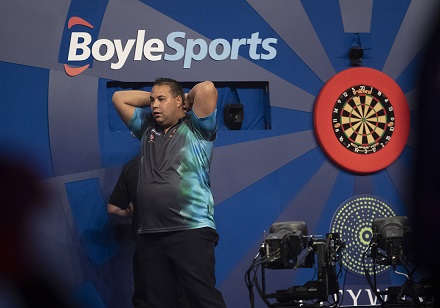 Luke Woodhouse v Paul Lim is the next match - another one of those matches both players could win. Lim to be sure will again be supported by the crowd and he is despite his by now 65 years still a force in darts in Asia. A small advantage for Lim - I would say. I am sure we all would love to see a nine-darter by him!
In the last match of the afternoon Jermaine Wattimena will play against Luke Humphries who never was in danger against Devon Petersen - it will to be sure be not an easy match for Wattimena and not a match he will win with ease. 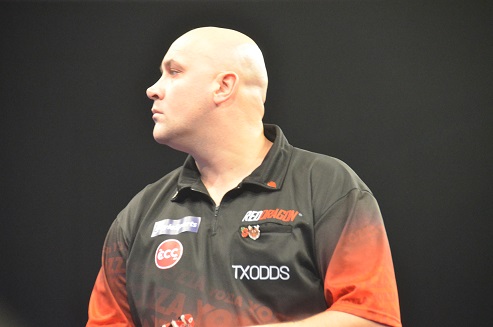 In the evening session we will see two former BDO players and - Raymond van Barneveld. In the first match Mark McGeeney will play against Canadian Matt Campbell about whom I don't know anything only that he was stronger than Jim Long on this year's CDC Tour. Jim Long last year represented Canada in the World Championship and impressed. Campbell could be as impressive against McGeeney who is far from settled in the PDC so far.

Next Jamie Hughes will play against Zoran Lerchbacher. Hughes this year already showed some magic matches on stage while Lerchbacher won only very few matches on the Pro Tour. should Hughes have a good start into the match Lerchbacher will have no chance at all. 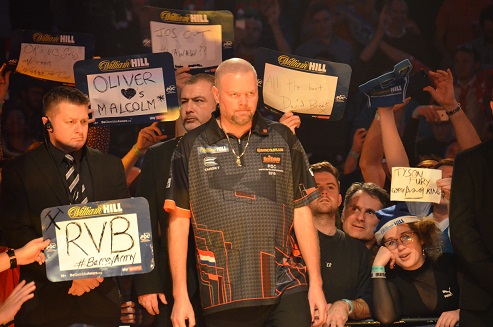 In the third match a Dutch and an American legend will come on stage - Raymond van Barneveld plays in his last World Championship against Darin Young. Young this year once again in America was the dominant player but till know he failed to show in the Alexandra Palace what he really can do. For van Barneveld it was a very patchy year but he showed some signs of improvement during the last few months, Often enough he didn't get into his stride. We'll see what will happen.

The last match of the day will be the match between Rob Cross and Kim Huybrechts who had to fight hard to beat Geert Nentjes. Well, what you can say about Rob Cross. It was a year with ups and downs for him - he is not very consistent. But you never can write him off and he could well become one of the favourites to win the title. We have to wait and see - already this first match could be crucial. 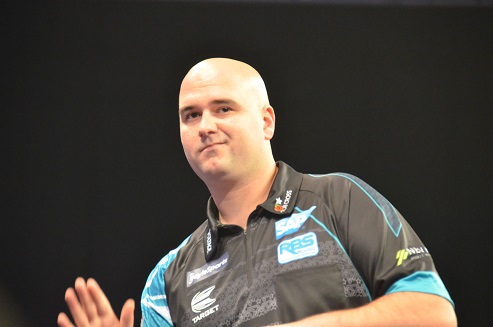