Well, the last evening was with a few exception not really a highclass evening - there were only a few averages over 90 and only one over 100 and that won from a loser. And there were quite a few very onesides matches as well. But as usually what will linger in the memory are the hard fought matches and the upsets. We had one hard fought match in the afternoon which was won by Kyle Anderson and thwo in the evening which were won by American Danny Baggish, lost only just by Mikuru Suzuki and there were two more big upsets as with Ian White and Michael Smith two more seeded players were eliminated from the event. The only player who survived his second round match so far is Michael van Gerwen.

The Monday is a short day with only an evening session and it is the Irish day of the event as in all four matches an Irish player will stand on stage.
The Irish really sing different Christmas songs than the English and the oldest Irish song is the Wexford Carol, which is from the Middle Ages and comes - as you probably guessed - from County Wexford, The song was "rediscovered" last century and published in 1928. Since than it is a must in Ireland at Christmas. 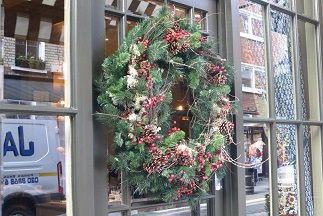 Even more popular is a song of the British folk-punk band Pogues from the year 1987 -"Fairytale of New York". The song is about an Irish migrant who sleeps it off in a prison cell. 52 weeks the single - a mix of Irish folk and Christmas music - was in the charts. 2005 it for the first time was televised. Beside the Pogues countless other singers and bands have performed the song among them Sinead O'Connor, Coldplay and Angelo Branduardi. Under the title "Weihnachtsnaach" there exist a German version with BAP and Nina Hagen as well. Here the link to the original version: Fairytale of New York. Wouldn't that be a nice walk-on song??? It could well be an interesting evening tonight. The first Irishman on stage will be Steve Lennon who will play against Callen Rydz who has been a quite successful BDO youth player. Since he plays on the PDC Development Tour he has improved a lot. Nevertheless I think Steve Lennon will be the favourite to win as Rydz has only very little experience on the big stage.

Next on will be William O'Connor against Marko Kantele. I see O'Connor as the favourite. He played a really good year 2019 and reached together with Lennon the final of the PdC World Cup. Sometimes he lacks consistency but I feel he is the stronger player in this match. The last match of the night will be the second round match. Gary Anderson against Dolan who demolished Nitin Kumar first round. Nobody knows how Anderson will play. He played only a few tournaments this year. Some of his matches were good and one thought he is back. But usually followed some weak matches. Of course Anderson in form will beat Dolan and I hope he will. Not because I like it when Dolan is beaten - to be sure not. But an in form Anderson would be a gain for the tournament. 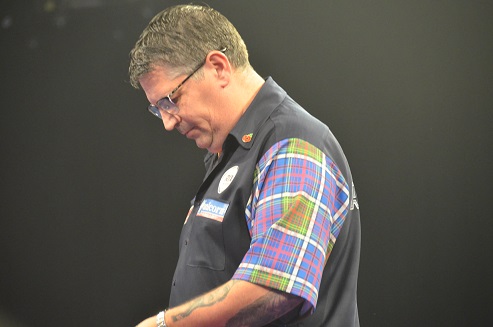