Marcus Hawkins gives us his feedback on the darts practice plan!

Over the past 8 weeks, back-to-back Blaina singles champion, Gwent superleague and former Gwent county player, Marcus 'Rusty Pebbles' Hawkins, has been following the highly regarded Performance Darts Practice Plan, to aid him in achieving his dream of becoming a Professional Darts Player. I've been speaking to him, to discover how the plan worked for him, and how it has benefited him as a player.

In Marcus' words, the Performance Darts Practice Plan was "really good", as it "gave me some structure to my practice". One thing many darts players are guilty of is repeatedly throwing at the T20, disregarding other segments on the board in the hunt for a 180 - something both myself and Marcus are guilty of! By using the practice plan, Marcus found he was utilising more of the board when learning different checkout methods, which "made it more fun and enjoyable" when compared to his usual practice sessions. 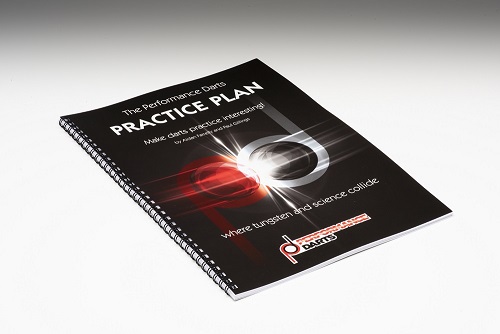 Out of all the practice games, Marcus found 'It's a Record' the most enjoyable. The aim of the game is to throw as many consecutive darts into the 20 bed as possible, without straying into the 5 or 1 segments, and you score based on the amount of darts you had in the 20 bed before hitting something outside the bed.
Marcus ended up with an impressive score of 27 consecutive 20's, and was determined by the end of the plan to reach 30. This determination led to Marcus looking forward to when the session came around again, and enjoying it more as a result. The variations of the game, with it alternating between 20's, 19's and 18's, was something that further heightened Marcus' enjoyment, with Marcus stating that "it was harder as I was always switching but it made me enjoy it a lot more".

Out of all the games, Marcus found the fake 180's the most challenging. In this game, you throw until you have 1 dart in the treble. You finish the visit, leaving the first T20 in the board. You then throw until you have two in the treble bed. Again, leave the darts in the T20, and remove the dart outside the treble. Then throw that last dart until all three are in the T20. violá! A fake 180! This particular game Marcus found difficult, as once the first two were in, he became increasingly frustrated when missing the final single dart.
He struggled to "be more consistent on getting each attempt in the session on fake 180s more around the same amount of darts", which can happen when the first dart lies low in the T20. A high dart for Marcus, as his darts stand flat in the board, can make life a lot more difficult in this challenge, as natural instinct may be to switch down to the T19's - something this challenge won't allow until Week 5 of the plan. 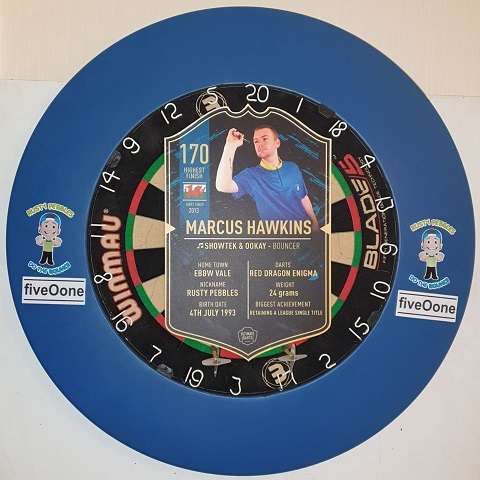 Out of all 8 games, and their variations, Marcus found he excelled at the scoring based challenges, particularly on the T20 segment. On the Treble Scoring game, which consists of throwing 99 darts at a certain segment (giving one point for a single, two for a double and three for a treble), Marcus found that in all but one session, he was hitting over 100 points. His aim was to hit an average of 5 points a visit, and with a focused goal in mind, he came very close to reaching his target of 149 points. While self analysing that "[Marcus'] scoring" has "always been good", he recognised through the Performance Darts Practice Plan that "there is room for improvement in everyone[s] game".

Marcus Hawkins may have completed his journey through the Performance Darts Practice Plan, but you can still follow his progress to becoming a professional player by checking out his Facebook page! His advancement in the plan was further recorded on his page too, which you can check out here !
Through his page, thanks to the DPC Darts Shop, he is also giving away two copies of the plan! You have until he reaches 2020 likes on his page - he's already at 1,311 at the time of writing, so make sure you enter here !

If you're interested in the Performance Darts Practice Plan, you can purchase it here ! The plan is priced at 9.95 pound, and contains 8 weeks of practice, split into 5 sessions per week. That works out at just under 25p a session!

Thank you for reading! Any thoughts on my writing, please let me know on Twitter, @JoeReid180! Always open to suggestions, or constructive criticism.