Peter Wright made a winning start to his reign as World Champion with a 10-7 victory over Joe Cullen on Night Two of the 2020 Ladbrokes Masters in Milton Keynes on Saturday. Wright continued the form which saw him claim glory at Alexandra Palace on New Year's Day with a 103.55 average, the highest of the tournament so far, to reach the Masters quarter-finals.
A high-quality contest featuring five ton-plus checkouts was level at six-all before Wright won four of the last five legs to book his place in Sunday afternoon's last eight, where the Scot will face Dave Chisnall. 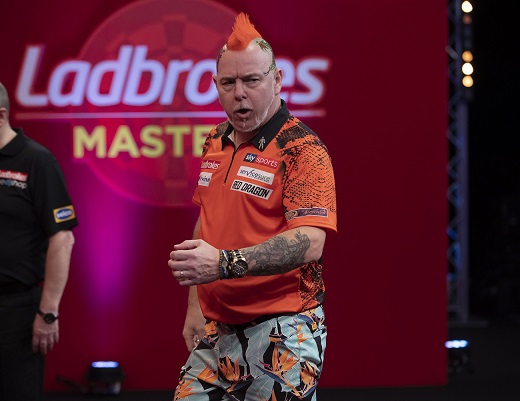 "It's nice to get back into the groove because I've missed playing over this last month, and I had to get out there and do the job so I'm happy with that win," said Wright, who reached the semi-finals at the 2019 event. "I couldn't get away from Joe - he's a fantastic player and he's matured into a player who's hard to beat. "I was panicking that the World Champion was going to go out in the first round. I switched my darts at five-all to a longer point because I had to try and get away from him, and to do that I needed to hit more 180s."
Wright added: "It was amazing to be introduced as World Champion - it sounded amazing and I've got to get used to it!" 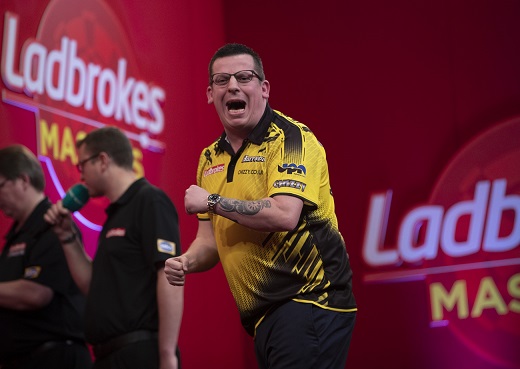 Night Two saw the remaining four last 16 matches take place, as 2016 Masters runner-up Chisnall came through a tight tussle with Daryl Gurney, winning 10-8 to reach the quarter-finals.
Chisnall, who sported a pair of spectacles on stage for the first time, took out finishes of 100 and 74 to lead 5-2 before world number seven Gurney hit back with checkouts of 117 and 81 to level at 5-5. The next six legs were shared to make it 8-8 but four missed double attempts from Gurney across the next two legs were punished by Chisnall, who consigned the Northern Irishman to a third defeat in the first round in as many outings at the event.

"It was hard but I'm feeling good and did a job tonight," said Chisnall. "I kept getting two or three legs in front and Daryl kept coming back at me, and it was a game that could've gone either way. "I've got the new glasses and I can see a little bit better but it was tough - it wasn't the glasses annoying me, I'm getting headaches because I'm still getting used to them. "I'm also throwing from a little bit lower and I was flicking the dart a little bit, but I'll keep working on my game." 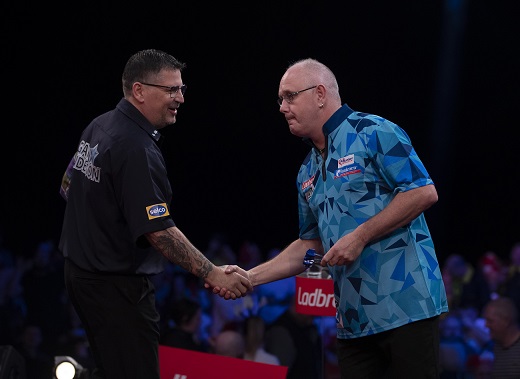 2017 Masters runner-up Gary Anderson got his year off to the perfect start with a hard-fought 10-8 victory over Ian White.
A tight contest saw no more than two legs between the pair throughout, but at 7-7 Anderson struck a crucial 11-dart break of throw and with White unable to reply in kind for the remained of the match, Anderson advanced to the last eight.

"Ian's a good player and he kept coming back when I got in front, but I won and it's a good start," said Anderson, who missed last year's Masters due to injury. "I've got a long way to go yet but I've had a month or so since the World Championship and I've practiced well, so I'll give it a go tomorrow." 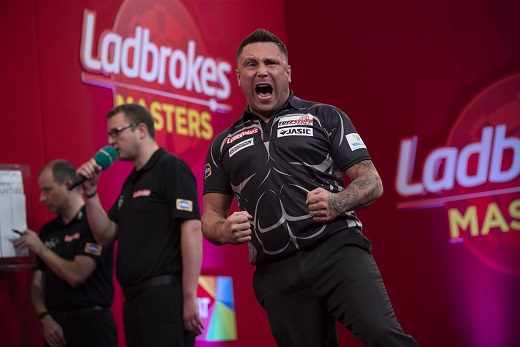 Anderson now plays Gerwyn Price in the quarter-finals, after the world number three held off Simon Whitlock's fightback to win a thriller in a deciding leg.
Whitlock came from two legs down to lead 4-3, only for the Grand Slam champion to show his quality with a superb six-leg streak to move into a 9-4 advantage. The Australian, though, kept the game alive with legs of 12 and 11 darts to spark a run of five straight legs as he forced a decider, but Price proved too strong to move into the last eight.

"I could have been 5-3 down at one point but I was feeling good and I just couldn't put him away," said Price. "Thankfully he didn't play as well in the last leg as he did in the previous five and I got over the line. "Simon played pretty well against the throw, he was hitting the high scores and putting me under pressure, so I'm happy to win. I feel I can kick on tomorrow and hopefully I can improve on this game."