Van Gerwen races through to last 16

Michael van Gerwen continued his William Hill World Championship title defence with a straight sets success over Ricky Evans at London's Alexandra Palace on Sunday.
The world number one hit more 180s than 140s as he breezed into the last 16 with ten maximums in a typically strong display. A spirited Evans took van Gerwen to a deciding leg in three of the four sets but the Dutchman struck at the crucial moments to ensure the quickfire 29-year-old did not win a set. 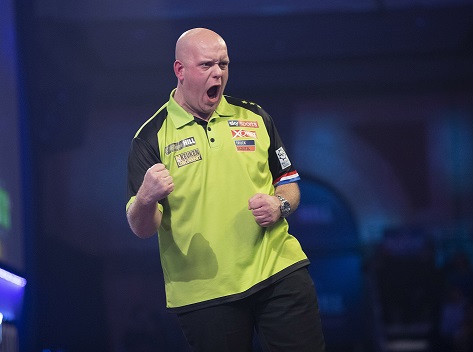 "I wasn't really in my comfort zone tonight but I'm happy to get such a big win," said van Gerwen, who will take on Stephen Bunting after the Christmas break. "I had to work hard to keep myself concentrated so I am pleased that I did that. I think Ricky's fast pace helped me and I enjoy playing matches like this. "Stephen is playing quite well but he is going to have to play the darts of his life to beat me."

Bunting also claimed a 4-0 triumph earlier in the day, as he made it through to the last 16 of the World Championship for the first time in five years by seeing off Jonny Clayton. Former Lakeside Champion Bunting secured the opening set without reply courtesy of a 140 finish and defied a 136 checkout and a 14-darter from the Welshman to edge the second 3-2. Clayton took out a 138 combination in the third, which Bunting won 3-1 before the St Helens ace completed the win by edging set four in the fifth leg. 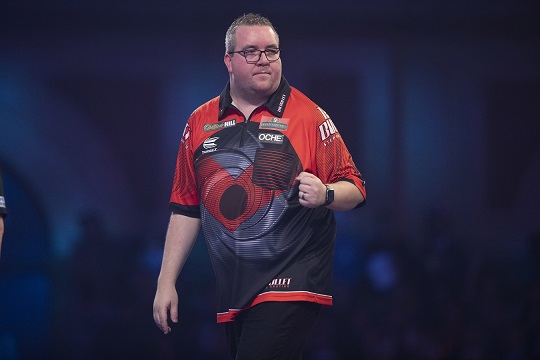 "It was my game plan to start well and stay on top and that is how it turned out," said Bunting. "I felt like I played really well and I can enjoy Christmas now and prepare for the next game."

Nathan Aspinall's bid to improve on last year's World Championship semi-final continued with a battling seven-set win over Krzysztof Ratajski. The opening two sets were shared, with Ratajski edging the second courtesy of a 106 finish in the decider, before Aspinall took the next two with 3-1 and 3-2 scorelines to push towards victory. Ratajski saved the game by winning set five in a deciding leg, and produced a 13-darter in leg five of the sixth to send the match into a seventh set. Aspinall, however, pounced on three missed doubles to lead in the final set before accelerating away to seal victory with a 116 checkout. 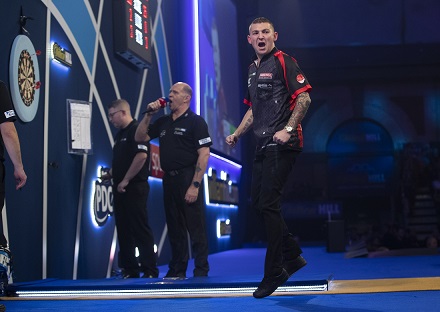 "I thought I'd won it when I went 3-1 up but he battled back and I had to dig deep," said the 2019 UK Open Champion. "I think I've shown in my relatively short career that I've got the ability to fight when I need to - I had to do that there and I'm really happy to be through."

Steve Beaton reached the last 16 of the World Championship for the first time in 16 years with a fabulous victory over James Wade. Former Lakeside Champion Beaton took the first set before coming back from two legs behind to steal set two and take control of the contest. The next two sets were shared and 55-year-old Beaton won the sixth set 3-1 to complete victory by a margin of four sets to two. 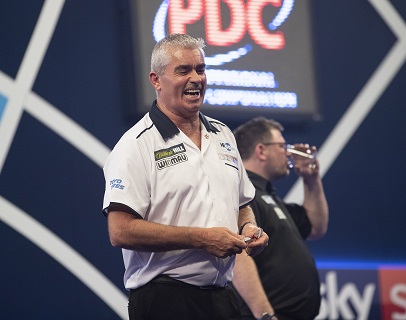 "I had to dig in to get that result," said the veteran star, who will take on Darius Labanauskas in the fourth round. "I've had so many bad Christmases but I can go and enjoy it now, knowing that I'm coming back for another game. "I've got to be positive and think I've got every chance of getting even further in the tournament."

Labanauskas came from 2-1 down to defeat Max Hopp 4-2 as the Lithuanian thrower moved into the last 16 at Alexandra Palace for the first time. The opening two sets were shared with 3-1 scorelines before Hopp came from a leg down in the third to move 2-1 up in the tie with the aid of a 114 finish. Labanauskas landed a 12-darter as he won the fourth set 3-1, before taking the fifth without reply and the sixth by a 3-2 margin to punish misses from the German and claim the win. 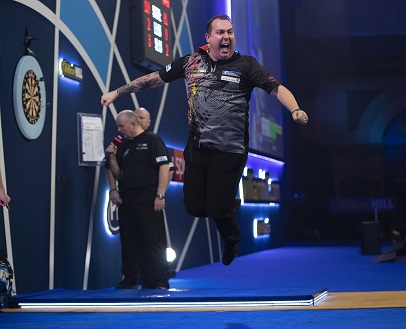 Kim Huybrechts produced another solid performance to see off Danny Noppert in six sets. The Belgian ace found himself 2-1 down in sets but bounced back by winning nine out of eleven legs to close out the win, which he sealed with a spectacular 150 checkout.

"It was an up and down kind of game but I managed to make it mine," said Huybrechts, who will face either Luke Humphries or Nico Kurz in the last 16. "I'm getting closer to my best game and I feel like I have a huge opportunity here but both Luke and Nico will think the same."

The action continues on Monday with the final two sessions before the Christmas break, featuring six third round ties - including former World Champions Adrian Lewis and Gary Anderson.