Peter Wright's reign as World Champion was brought to a surprise end by Gabriel Clemens at Alexandra Palace on Sunday.
German number one Clemens won a sudden-death leg to claim the biggest win of his career and cause a major upset on a dramatic day at the William Hill World Darts Championship. In doing so, Wright becomes the first reigning champion to be eliminated at the last 32 stage since Phil Taylor at the 2013/14 event. 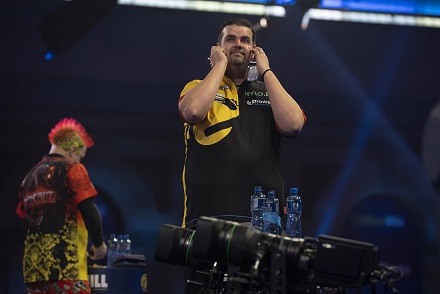 "This is the greatest night of my life in darts, I have no words," said Clemens, who was visibly taken aback by his achievement. "Peter is a World Champion, he's a fantastic player and a great guy. I'm so happy to beat him. This is an incredible night for me. "I'm the lucky guy, he missed lots of doubles that he doesn't normally miss, but I am proud of myself. "I felt good in the last weeks, I practiced hard. I'm not looking too far ahead now, I will let this result sink in first."

An uncharacteristically poor start on the doubles cost Wright the opening three sets, with Clemens taking full advantage to lead 2-1. The German number one led 2-0 in the fourth set but after missing two doubles to make it 3-1, Wright recovered by winning three consecutive legs to make it all square at 2-2. With Wright leading 2-0 in set five, Clemens's chance looked to have passed him by but checkouts of 144, 84 and 126 saw him take the set and regain the lead. Wright responded with a 121 finish on his way to winning the sixth set to send the match to a decider which saw the first four legs all go with throw to send an enthralling contest to a last-leg shoot-out. Clemens held his nerve with scoring visits of 140, 139 and 126 and after Wright was unable to take out 131 he cleaned up 38 in two darts to become the first ever German player to reach the last 16 of the World Championship. 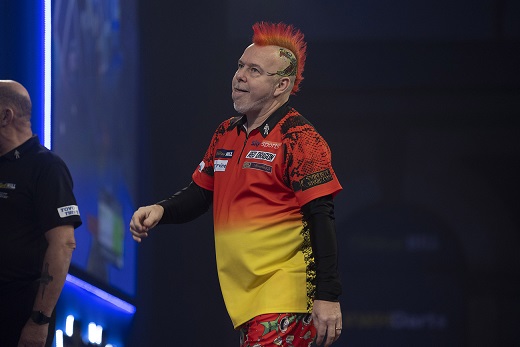 Reflecting on his shock defeat, Wright made no excuses but vowed to return next year. "I felt really good going up there but I missed chances in the first couple of sets and missed lots of doubles," said Wright. "Fair play to Gabriel. He would not go away, and when he did go away I didn't punish him. I had my chances but I didn't take them. All the best to him in the next round. "I felt so comfortable. It felt like I was playing at home. It was too easy in a way and then when I had to switch on for a double, I missed. I can't explain why. "That's just what happened and he took advantage. That's the way it goes and I'll be back next year."
Clemens' next assignment will see him take on Krzysztof Ratajski, who reached the last 16 for the first time with a resounding 4-0 defeat of Simon Whitlock. 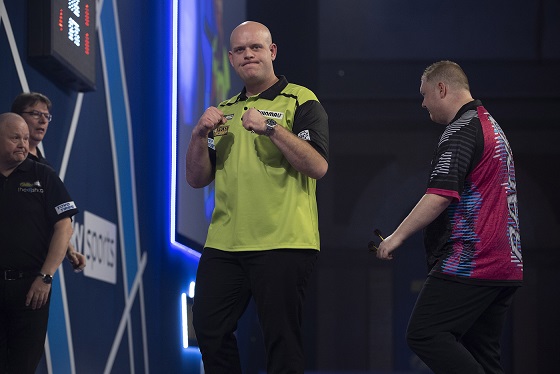 Day Ten of the 2.5m Pound tournament saw the first six third round matches take place following the Christmas break, with three-time World Champion Michael van Gerwen sending out another ominous message to his rivals.
The world number one averaged 106.85 as he raced to a 4-0 whitewash of Ricky Evans, a repeat of the scoreline when the pair met at the same stage of last year's event. Van Gerwen was at his relentless best, firing in seven 180s and enjoying a 57.14% checkout success rate to advance to the last 16 where he will face Joe Cullen.

"It feels good to play as well as this," said Van Gerwen. "Ricky played a phenomenal game but you have to be prepared for anything so I am always ready. "I have to make sure I beat whoever is on my track, I don't care who I play. "When you're here the only thing that counts is to play well and win the title. "My family is behind me with my decision to stay over for Christmas. I want to win this for them to make it all worthwhile." 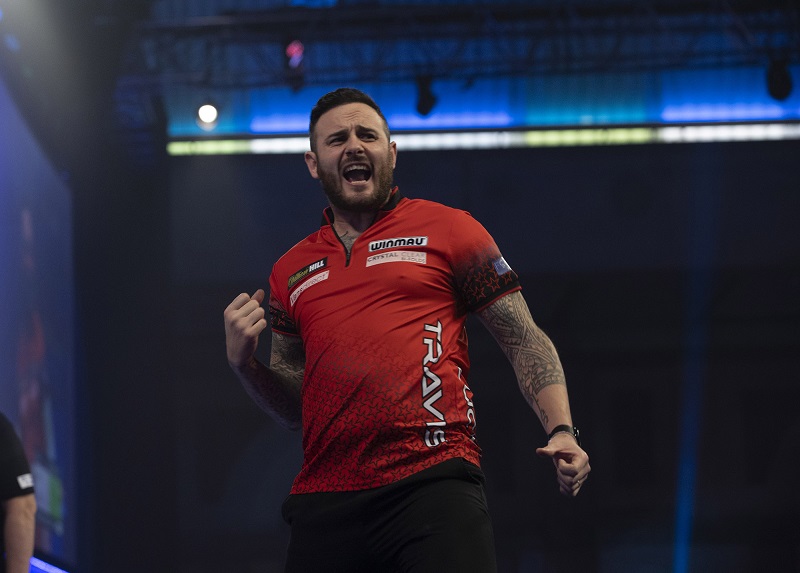 Cullen ended his 11-year wait for a last 16 berth at Alexandra Palace as he came through a sudden-death leg to beat Jonny Clayton 4-3.
An unpredictable contest saw Cullen get off to a two-set lead, only for Clayton to hit back by winning the next two sets after Cullen missed two darts to make it 3-1. Welsh World Cup winner Clayton made it three sets in a row to lead for the first time, but Cullen took the sixth set without losing a leg to force a decider. Finishes of 120 and 106 in the first two legs of the final set put Clayton in prime position for victory, but Cullen found a crucial last dart double 16 to hold throw and then broke with a 12-darter to take the match the distance. A nip-and-tuck final leg saw Clayton hit his seventh 180 on his way to leaving 40 after 15 darts, but Cullen showed incredible nerve to hit two double tops for a match-winning 100 checkout under immense pressure.

"The emotion just takes over you, it's the pressure of the World Championship," said Cullen. "I've got a shocking record here so to come back and win the way I did is very pleasing. It's not often that I give myself credit but I don't mind saying I'm proud of myself. "I knew the 100 checkout to win it had to go because Jonny was waiting on a double. The first dart at tops was so inviting for the second. "People may laugh because of my record here but I genuinely fancy it this week. It takes some doing to come back the way I did." 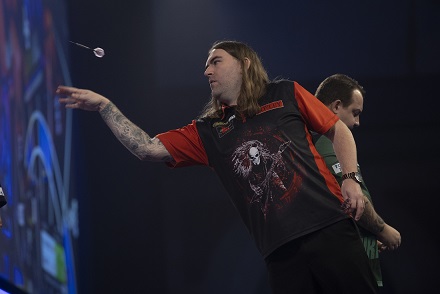 Ryan Searle made it through to the last 16 for the second time in three years with a hard-fought 4-2 defeat of Kim Huybrechts.
The opening two sets were shared, before Searle won six of the next seven legs to take a 3-1 lead. Huybrechts took the fifth set 3-1 to go back within a set of Searle, before landing a 140 checkout to go within a leg of forcing a deciding set. However, Searle replied with legs of 13 and 16 darts to complete the victory which sees him leapfrog Huybrechts on the PDC Order of Merit.

"That was an important win, I felt quite nervy though," admitted Searle, who will face either James Wade or Stephen Bunting next. "It was another tight game. I'm happy to get over the line and look forward to the next match. "The difference in my game now compared to a year ago is that I'm now taking out big shots at the right times." 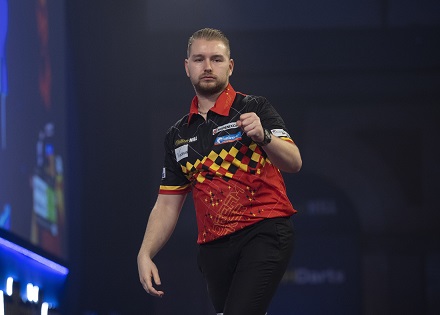 Huybrechts' Belgian compatriot Dimitri Van den Bergh fared better on the Alexandra Palace stage as the world number nine continued his bid for a first World Championship title with a 4-0 rout of Jermaine Wattimena.
Fast-throwing Dutchman Wattimena was left to rue eight missed double attempts in the opening leg, allowing Van den Bergh to seize the advantage. The World Matchplay champion never looked back, landing a crucial 80 checkout in the set two decider to double his lead. Van den Bergh then produced a 128 checkout on his way to winning set three before taking the fourth set three nil to book his place in round four where Dave Chisnall or Danny Noppert awaits.

"Jermaine missed his chances in the first set. He gave me a lot of opportunities," said Van den Bergh. "I've been saying to myself 'if you get an opportunity take it' and that's what I did at the start of the game. "That's one of the reasons why I became World Matchplay champion and why I'm still going in this tournament. "This year I've learnt so many things. I'm in the top ten of the world which is what I've been dreaming of. I have a lot of belief in myself."