Michael van Gerwen recorded a comfortable 7-2 defeat over rival Peter Wright on Night Two of the 2021 Unibet Premier League in Milton Keynes on Tuesday. Five-time champion Van Gerwen was among five players to pick up their first wins of the new campaign at the Marshall Arena, as the Dutchman punished an out-of-sorts Wright. 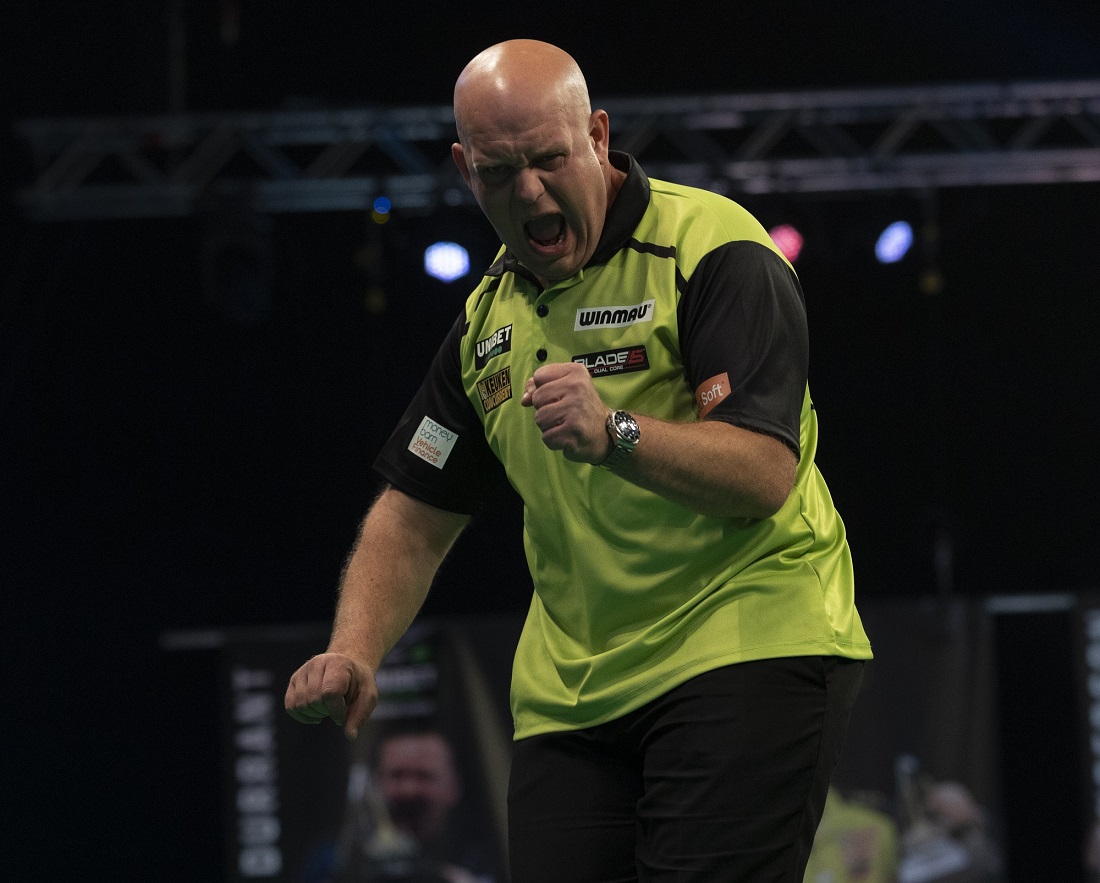 A repeat of the 2017 Premier League final was highly-anticipated following verbal exchanges between the players in the media, but it was Van Gerwen who got the better of this battle to boost his battle to return to the Play-Offs this season. Despite neither player being near their fluent best, Van Gerwen was visibly fired up for the occasion and let out a roar after striking a crucial 14-dart break of throw to go 4-2 up. From there it was one-way traffic as Van Gerwen continuously punished Wright, whose 29% double accuracy was a far cry from his perfection on the outer ring on Night One.

"I'm happy with the two points but I'm not too happy with the performance," Van Gerwen admitted. "To win over Peter with a 92 average I can't really complain, it's always nice to beat him. "It was important for me to get an early win this year because of the disappointment of last year." 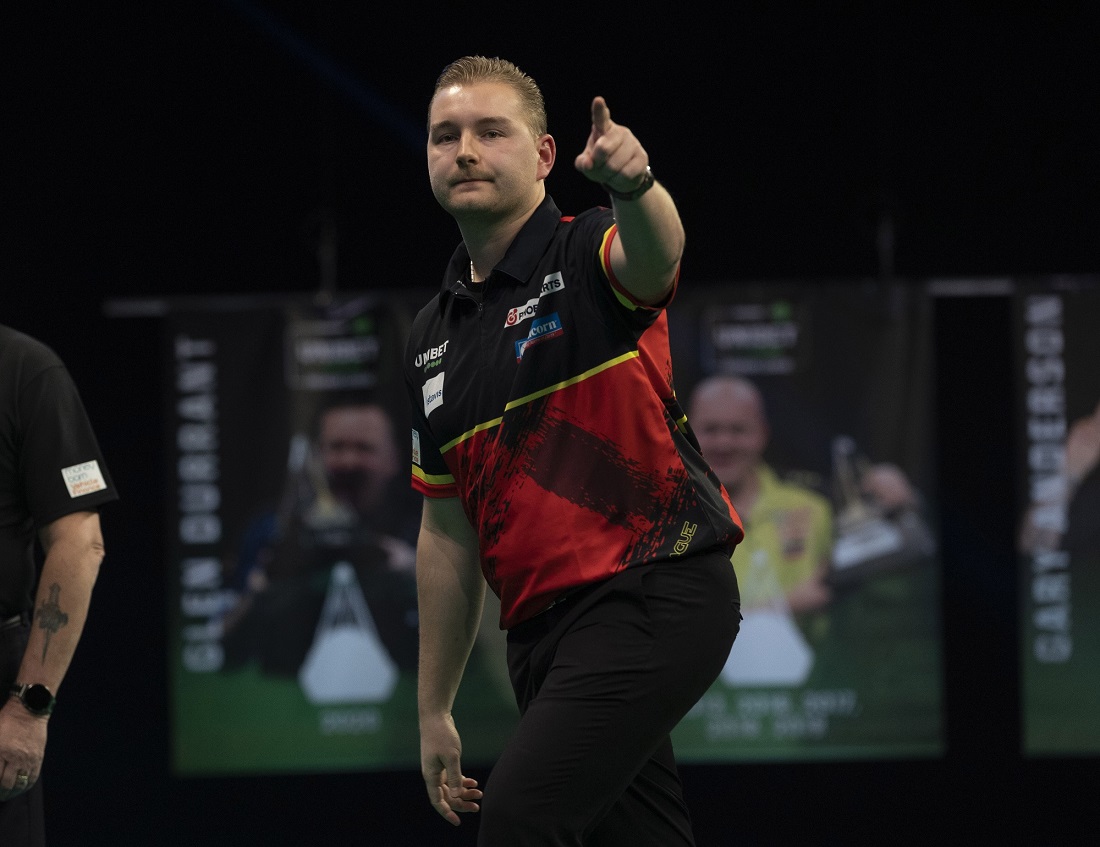 The performance of the night came from Dimitri Van den Bergh, who averaged 103.7 in a hard-fought 7-5 defeat of Nathan Aspinall. The only winner on the opening night, Aspinall found himself 3-1 down before a 144 checkout sparked a revival as he took the next four legs to lead 5-3.
However, the pendulum then swung back in Van den Bergh's favour as the Belgian won the next three legs, all in five visits to the board or fewer to secure at least a point. With Aspinall waiting on 52 to claim a draw, Van den Bergh pinned a magnificent bullseye with his last dart in hand for an 87 finish to maintain his unbeaten start to life as a full-time Premier League player.

"It's another big win and another good day at the office," Van den Bergh reflected. "When I went 5-3 down I started performing like I can, I stopped missing doubles and that got me the two points. "This Premier League experience is insane. I'm living the dream and loving every moment." 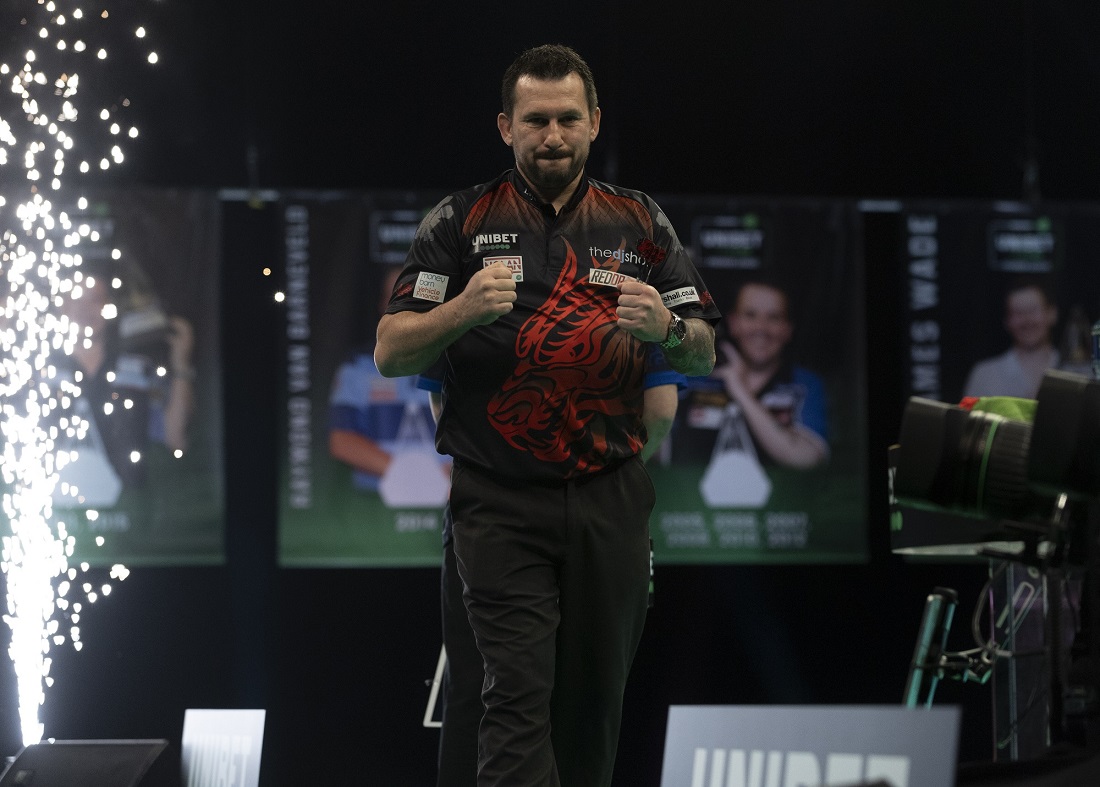 Fellow newcomer Jonny Clayton continued his fine form with a comfortable 7-3 success over reigning champion Glen Durrant, who suffered a second successive defeat.
As Durrant's struggle for form continued, Clayton once again impressed, averaging over 100 for much of the contest to lead 5-0. Durrant rallied and clawed back three legs, but Clayton ended any hopes of a miraculous comeback with his fourth 180 in the last leg before closing out the win on double nine.

"I was happy with last night but to get my first win tonight makes it a brilliant start, I'm delighted," said Clayton, who drew in Monday's opener with Wright. "I've always said I've got the game, it's just a question of having the confidence to show it consistently on the stage and I'm doing that now. "I'm just going to keep enjoying it. I hope this feeling goes on for a long time." 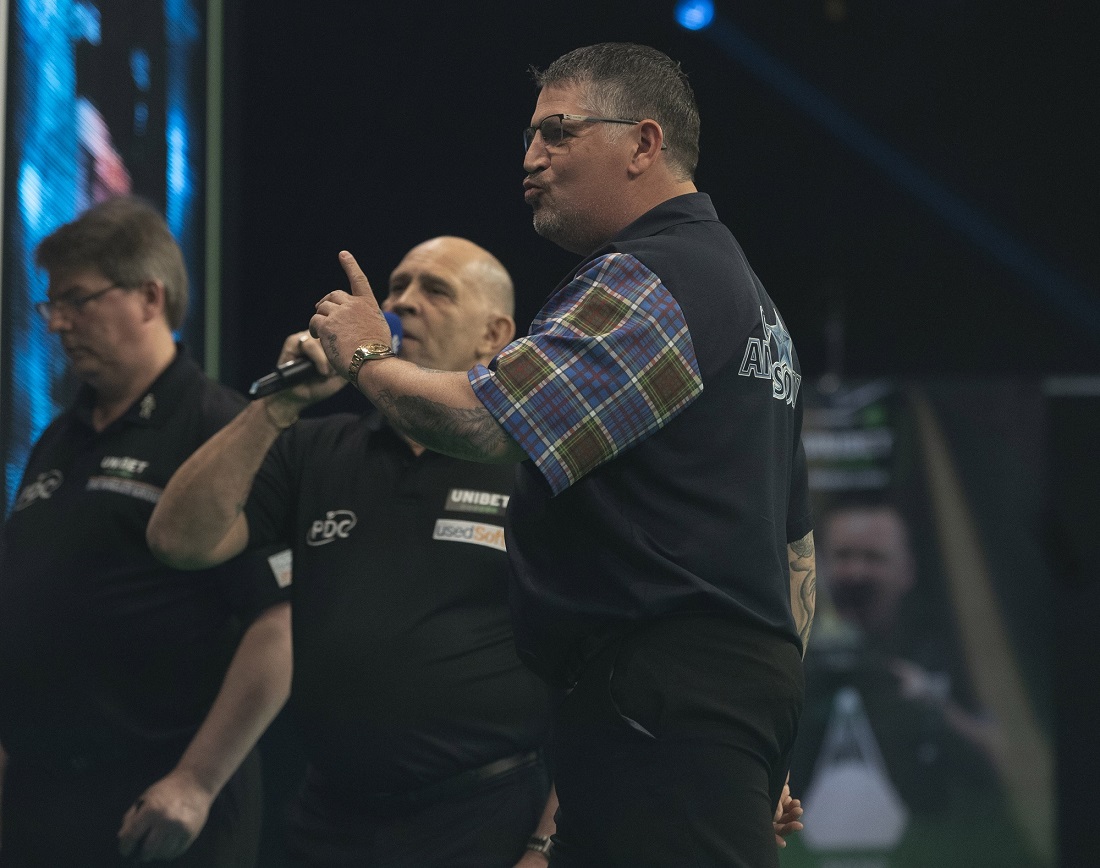 Jose de Sousa was left to rue three missed darts to claim a point against Gary Anderson, who found a last dart double seven to snatch a 7-5 victory in their tie.
Anderson dominated the opening exchanges, with checkouts of 145, 112 and 90 seeing him take a 4-1 lead. De Sousa fought back with some trademark high scoring to take the match the distance, but is left still seeking a first Premier League victory after two missed attempts at double 12 and one at double six.

"I had to slow down and take my time a bit tonight," Anderson reflected. "It's a good win over Jose, he's a dangerous player with a nice action. "At the moment I seem to play alright then hit a brick wall for a couple legs, but I've just got to play through it. "As long as I keep picking up points it's good for me to be playing every night." 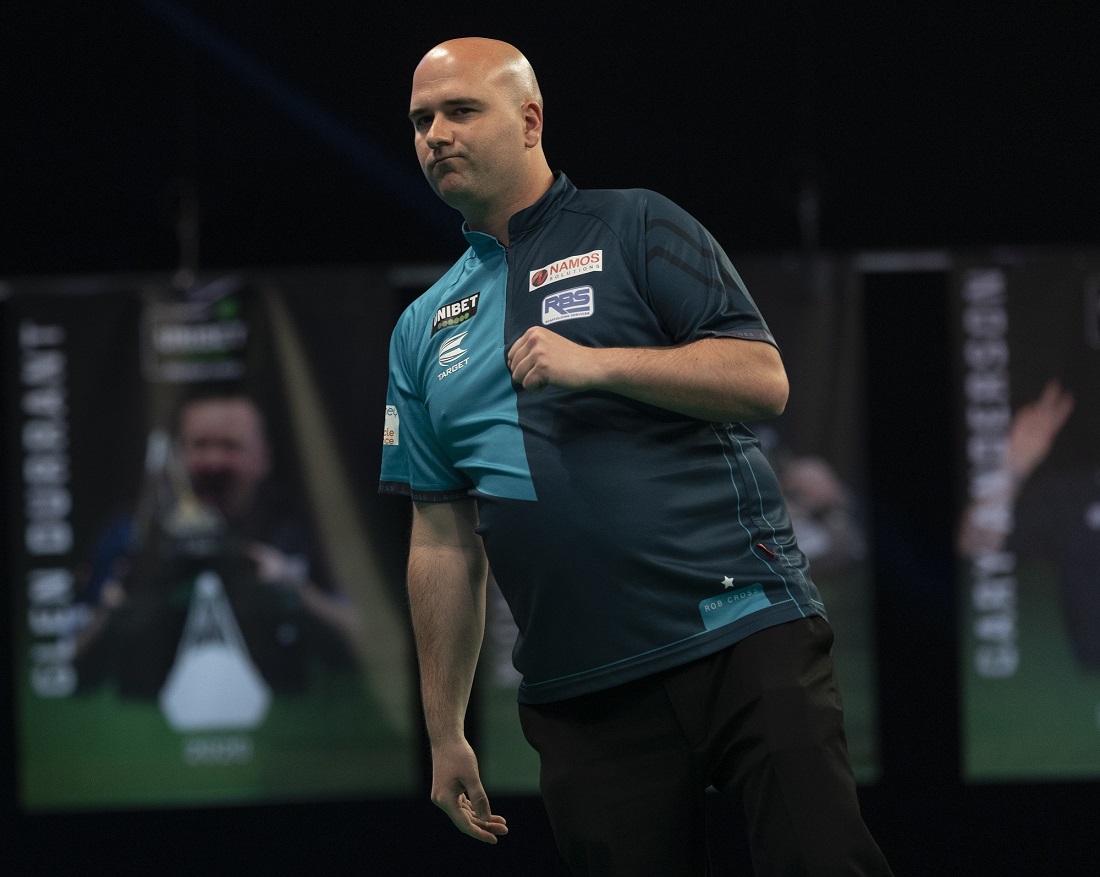 The final game of the night saw Rob Cross outplay a below-par James Wade to run out a 7-3 winner.
With Wade - on his 38th birthday - unable to find his range on the treble 20, Cross dominated the contest as he continued a solid start to the campaign which has seen him take three points from the opening two nights.