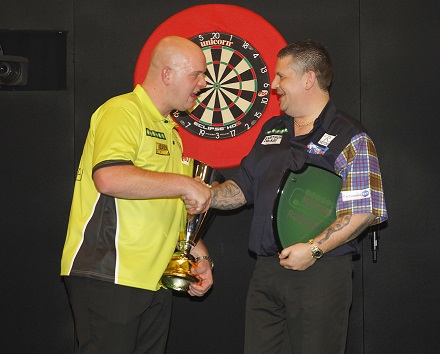 World number one Van Gerwen has not been defeated since mid-October, and followed up his World Championship triumph over Anderson on January 2 with victory in another final against the Scot.
The win saw Van Gerwen secure the 60,000 Pound Masters title for a third straight year at Arena MK, as he followed up Saturday's win over Simon Whitlock by seeing off Mensur Suljovic, Adrian Lewis and Anderson on the final day.
The Dutchman again saved his best performance for Anderson as the world's top two met in a televised final for the seventh time inside two years. 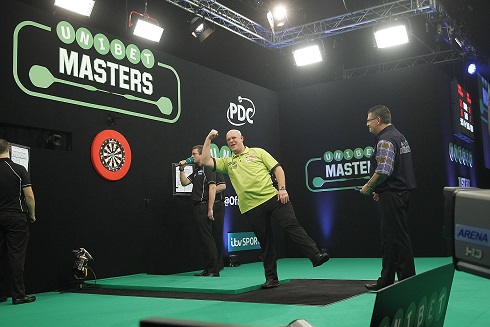 Van Gerwen opened the final with a 177 and took out 107 for the opening leg, and hit two 180s in a 12-darter to double his lead before Anderson hit back in leg three. Finishes of 96 and 87 edged the World Champion clear before Anderson responded with checkouts of 116 and 106 either side of two 11-darters from the Dutchman. Van Gerwen then took three of the next five to pull out to 9-6, and though Anderson took the 16th he was made to pay for missed doubles as he wasted the chance to reduce the gap to one before the top seed sealed victory with finishes of 80 and 121.

"I feel great, it means a lot to me and every title is special," said Van Gerwen, who averaged 109.42 in the final. "I love winning and I love what I do but it's worth it. I had to perform this well because you know what Gary can do - if you give him a finger he takes a whole hand. Every time I thought I had him he came back and he always fights to the end. Gary is a fantastic player and we always have great games. You have to throw 105-110 averages now to win and I've done that. It's been a phenomenal weekend for me and everyone played well, it's been a fantastic tournament. All the pressure is still on me and I want to prove that I can do it tournament after tournament, so I'm glad I've won again." 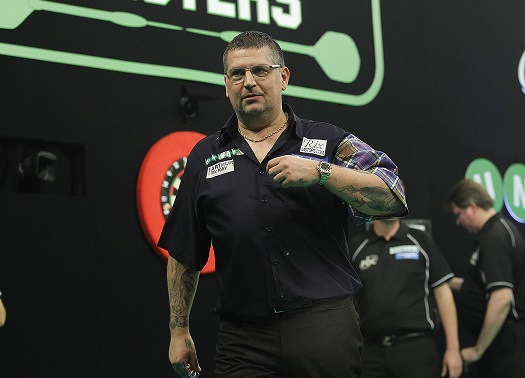 Anderson had been in fine form as he won through to his first Masters final, averaging 106 in a quarter-final defeat of Raymond van Barneveld - despite a 170 finish from the Dutchman - and 102 in a clinical 11-9 comeback triumph over Phil Taylor in the semi-finals.
Taylor had led 9-7, but Anderson finished 97, 91 and 84 in a run of four straight legs as he moved into the final, only to see Van Gerwen follow up his 2016 World Grand Prix and 2017 World Championship wins with another triumph.

"Michael's been brilliant," said Anderson. "It's going to come to an end one day but I'm still playing darts and banging heads with the best in the world, so overall I'm happy. Michael was 9-7 up and I should have had the leg to go 9-8, and if it goes to nine-all then anything could happen, but I made a mess of it and Michael does what he does and finished the match. I'm not far away, it's my mistakes that are giving him the shot so I need to sort them out."

2013 Masters winner Taylor had begun what he announced would be his final year competing on the circuit with wins over Michael Smith and Peter Wright to reach the semi-finals before missing out on a second win in the top 16 event.
Lewis joined his Stoke counterpart in the last four by defeating Kim Huybrechts and Robert Thornton in Milton Keynes with two final performances, but paid for missed doubles against Van Gerwen. 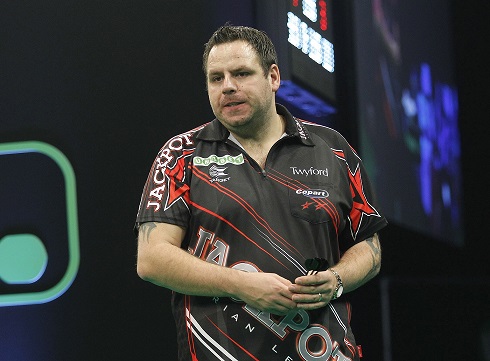 "I'm very disappointed with myself because didn't put him under much pressure," said Lewis. "I was missing doubles early doors and as soon as you start missing against the world number one, you're in trouble. If you can hit those doubles and put him under the cosh, he can't play with as much freedom. I've lost to the world number one and I wasn't expected to win, but to get to the semis I thought I played really well. I finished well in the first couple of games and I had chances in the early legs against Michael, but fair play to him for taking his chances. It's a massive year for me and I think I'm going to have a good year." 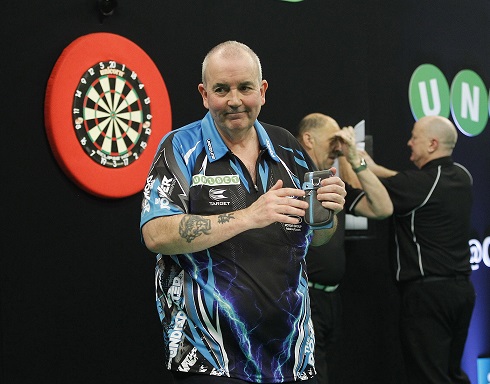 2015 Masters finalist van Barneveld took out the biggest available finish of 170 as well as checkouts of 141 and 121 as he took on number two seed Anderson, but the Scot prevailed with a 10-6 win. Anderson finished 138 and 134 himself in a heavy-scoring contest, and landed six 180s in a 106.50 average to continue his impressive start to the event. Anderson now meets Taylor, after the 2013 Masters champion's 10-5 defeat of Peter Wright.

Taylor took out 153 in the opening leg and also finished 124 as he took charge of a slow start from the world number three to lead 4-1 before pulling away for the win.

2013 Masters runner-up Lewis following up his strong display in seeing off Kim Huybrechts in the first round on Saturday by averaging almost 105 in his 10-6 defeat of Robert Thornton. Having shared the opening four legs, Thornton also took out 104 to pull back to 6-5 before Lewis fired in three maximums and a 140 checkout as he swept to victory.
Lewis' semi-final opponent will be reigning champion Van Gerwen, who averaged 107 in his 10-4 win against Mensur Suljovic, who led 2-1 in the early stages before four straight legs put the top seed in control.