Jonny Clayton's superb 2021 continued on Thursday with a second Players Championship win of the year, defeating James Wade 8-5 in the final on day three of PDC Super Series 2.

The Players Championship 7 decider saw the two most recent winners of televised titles clash for the 10,000 pound first prize at the Marshall Arena, and it was Clayton who emerged victorious.
The Masters champion also won Players Championship 4 in Bolton last month and reached two other finals, and was in top form once again throughout Players Championship 7. He averaged 98 or 99 in three of his opening four matches in brushing aside Josh Payne, Ted Evetts, Jason Lowe and Steve Lennon, before defeating Grand Slam champion Jose de Sousa 6-4 in a high-quality quarter-final where both players averaged over 103. Clayton had reeled off the final four legs without reply to win that tie against De Sousa, and then whitewashed Jason Heaver 7-0 in the semi-finals to continue his run of winning legs as he reached a fifth final of the year. 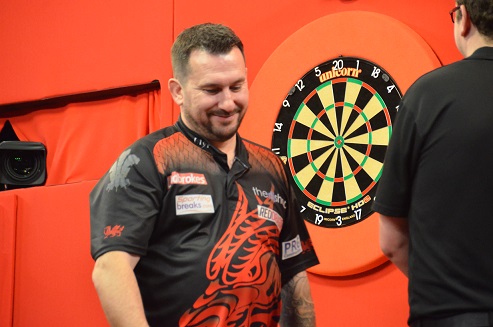 That run was extended to 13 without reply as Clayton took the opening two legs of the decider against Wade, who hit back in leg three only to see the Welshman win a further three - including a 116 checkout - to move 5-1 up. Wade posted back-to-back 14-darters in a run of three legs as he cut the gap to just one leg, but was left waiting on 32 in a key tenth leg as Clayton held his nerve to take out 72 on tops. Wade fired in a 180 and landed double four to pull back to 6-5, but double eight edged Clayton clear once more before he sealed victory with a 13-darter on double 12.

"It's brilliant, I'm a happy man," said Clayton, who was congratulated by Wade for his clutch doubling after the final. "James finishes brilliantly so for him to comment about my finishing, I'm a happy man - but I had to finish my last darts because James was there waiting. He kept coming back and I was nervous. "I'm going to keep trying to get to finals. I've got confidence and consistency; my averages are quite high in the 90s and maybe in the 100s, and my confidence is flying with that kind of average. "I take everything day by day, and hopefully it keeps going." 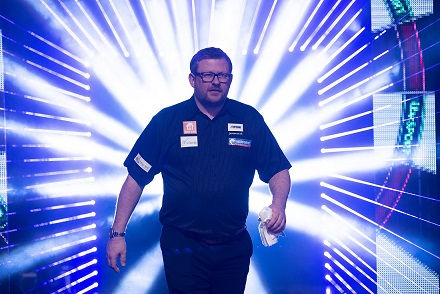 Wade followed up Wednesday's quarter-final appearance in Players Championship 6 by reaching the decider 24 hours later during a high-quality day of his own. He averaged over 100 in his early wins over Ciaran Teehan and Wayne Jones before overcoming Luke Humphries 6-3 in their rematch of the recent UK Open final.
Wade battled past Australia's Gordon Mathers and Lithuania's Darius Labanauskas to reach the semi-finals, where he held off a stirring fightback from Gabriel Clemens, who came from 4-0 down to level at five-all before the left-hander prevailed.

Clemens' run saw him reach a second semi-final on the ProTour this year, while Heaver's display was his best run since winning a Tour Card at Qualifying School last month.
Winchester's Chas Barstow, who narrowly missed out on winning a Tour Card but earned a top-up place in the field as a PDPA Associate Member, knocked out World Champion Gerwyn Price during his run to a first professional quarter-final.
De Sousa and Labanauskas were joined in the last eight by Dutchman Vincent van der Voort, while Mathers enjoyed his best run on the ProTour since winning his Tour Card as he reached the last 16.