Lewis battles to victory over Smith on Ladbrokes Masters Day One

Adrian Lewis defeated Michael Smith in a deciding leg to return to winning ways on the opening night of the Ladbrokes Masters at the Marshall Arena in Milton Keynes on Friday.
Having both suffered shock first round exits at the World Championship, the meeting of two former Masters finalists offered an opportunity to banish memories of 2020 for Lewis and Smith. Despite last year's runner-up Smith producing two 170 finishes, along with checkouts of 150 and 132, it was Lewis who ran out a 6-5 winner, holding his nerve in the last-leg decider. The world number 24 will now face Gary Anderson in Saturday's second round, a repeat of the 2015/16 World Championship final. 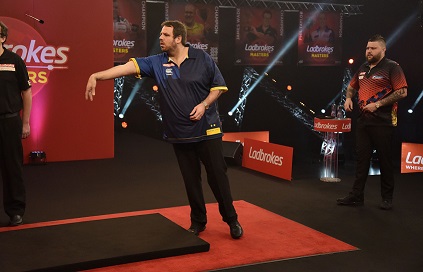 "I've put the work in so it's nice to get a reward tonight," said Lewis. "Michael is one of the best players I've ever seen so any win over him is massive. "I think there was extra pressure on both of us having both lost in the first round at the World Championship. "I really struggled last year. I'm not one of those players who can deal with months off and then get straight back into it. "I know my ability and I believe in my ability. When I've got that mindset I know I can beat anybody." 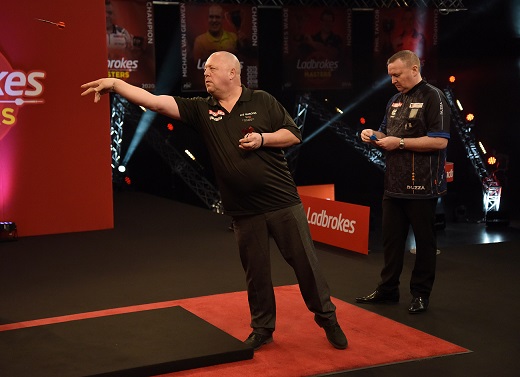 It was a night of minor upsets on Day One of the year's first televised event, as Premier League champion Glen Durrant's poor run of form continued with a humbling 6-1 loss at the hands of Mervyn King. By contrast, former Masters runner-up King started 2021 as he ended 2020 with an impressive display which saw him average almost 102 and set up a meeting with Rob Cross in round two.

"I didn't play very well but I didn't have to. I don't like saying that because I like Glen and I don't like to see him struggle," King explained. "I'm not playing as well as I was before the World Championship. I'm having a hard time with a family bereavement at the moment, so I'm just keeping going. "I play Rob next and he's another really nice fellow who I get along with, so that will be another hard game for me." 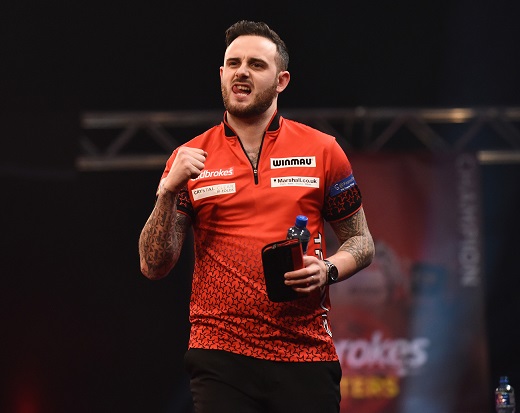 Joining Lewis and King in the last 16 of the 220,000 pound tournament is Joe Cullen, who bounced back from heart-breaking defeat to Michael van Gerwen at Alexandra Palace with a 6-4 triumph over Stephen Bunting. Cullen flew out of the traps, averaging over 115 after the opening five legs to lead 4-1. Bunting, who was also averaging well in excess of 100, fought back to 4-3, but Cullen did enough to get over the line. Newly-crowned World Champion and world number one Gerwyn Price awaits for Cullen in the last 16, a prospect the Yorkshireman is relishing.

"It was a weird one, I was 4-1 up and playing really well so I told myself 'don't defend the lead, keep on attacking' but I did end up defending the lead," Cullen admitted. "I knew Stephen was playing really well which kept me under pressure throughout the game. I think I was lucky in the end to win tonight. "Losing to Michael [van Gerwen] at the World Championship in the way I lost was a tough one to take but you go away, take stock and come back better for it. "I'm looking forward to playing Gerwyn next. He's on a high but maybe he will feel the pressure of playing as World Champion and world number one for the first time. We'll see." 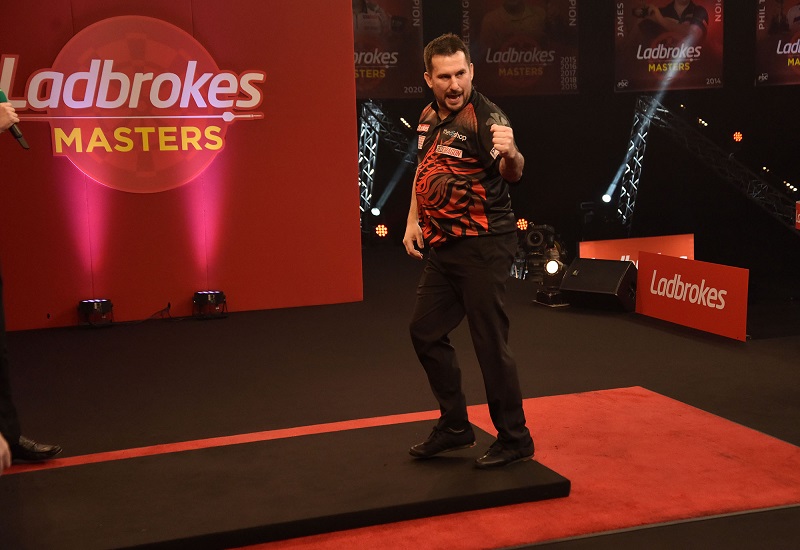 Reigning champion Peter Wright will begin his title defence against Simon Whitlock after the Australian went some way to avenging his Alexandra Palace defeat to Krzysztof Ratajski by claiming a 6-2 win over the Pole.

Van Gerwen will begin his quest for a sixth Masters title against Jonny Clayton following the Welshman's 6-5 win over Jose de Sousa which saw Clayton land a 130 checkout in the deciding leg.

Former Masters champion James Wade will meet Chris Dobey in round two after Dobey's emphatic 6-2 defeat of World Matchplay champion Dimitri Van den Bergh in the battle of the debutants.

Daryl Gurney came through a tight affair with Jeffrey de Zwaan, taking the last leg decider to book his place in the second round, while Mensur Suljovic came through a scrappy contest with Ian White to win 6-3.