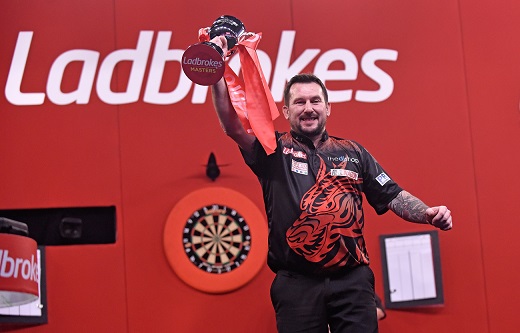 Jonny Clayton lifted his first individual televised PDC title at the Ladbrokes Masters, defeating Mervyn King 11-8 in the final in Milton Keynes on Sunday.
A World Cup winner for Wales alongside Gerwyn Price in 2020, Clayton's landmark victory at the Marshall Arena also secures him a Premier League debut in 2021.

The popular Welshman averaged 104.1 in the final, maintaining the clinical finishing he displayed throughout the tournament to defeat King in a shoot-out for the final Premier League spot. Clayton's route to the final was a dramatic one, coming through last-leg deciders against Jose de Sousa, Michael van Gerwen, James Wade and Peter Wright to reach The Masters' showdown. 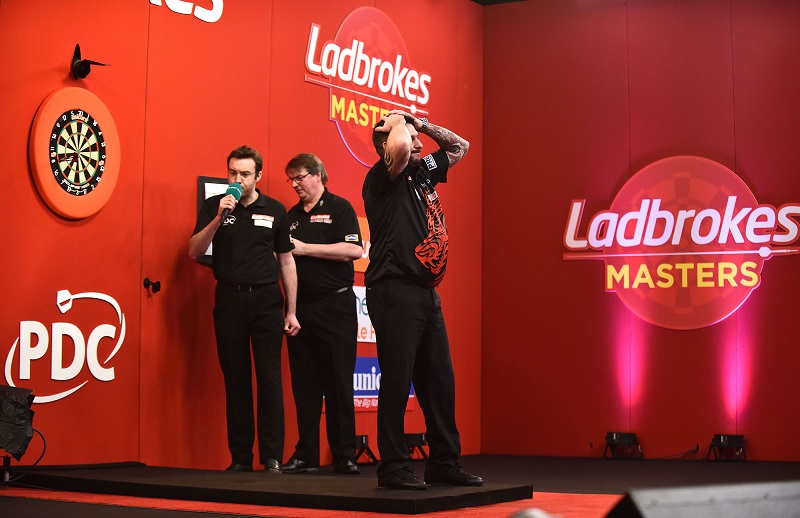 "To get over that winning line in my first individual final is an amazing feeling," said Clayton, who picks up 60,000 pound as champion.

"It wasn't the best of matches, we've both played better in this tournament but that was to be expected given what was at stake. "I was so glad I didn't have to play another deciding leg. At one stage I thought Mervyn was going to take me all the way. "He went to sleep for a couple of legs and I took advantage to go in front, from there I played pretty consistent."
Clayton had a brief taste of the Premier League stage as a 'Challenger' in Cardiff in February 2020, but will now feature alongside the likes of Price, Van Gerwen and Wright as part of the line-up.
"I was hoping for a place in the Premier League, but to hear it confirmed on stage after I won was amazing," Clayton continued. "I'm over the moon to be in it. I really am chuffed to bits."
Clayton also works as a plasterer but will consider becoming a full-time professional after claiming his second televised title and a Premier League place.
"Maybe it is time," he admitted, speaking on ITV. "I need to give it my best shot that I've got so it's a lot of hard thinking, big chats with [wife] Elen and the kids, so let's see." 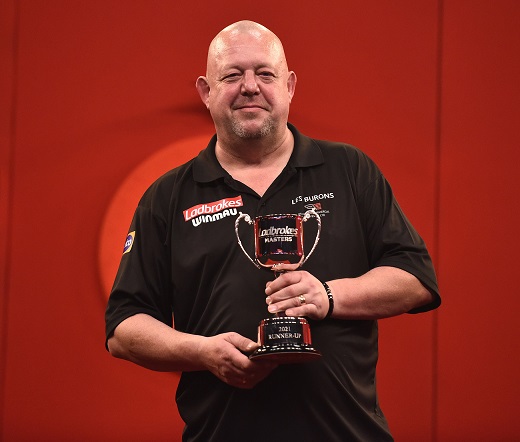 A final between two players seeking a first individual televised PDC title saw 2014 Masters runner-up King start well, landing checkouts of 128 and 110 to take a 5-3 lead, but Clayton responded with a 136 finish on his way to taking the next six legs to go 9-5 up. Back-to-back 80 checkouts saw King halve the deficit but it was to be Clayton's day as the world number 18 closed out victory with a 12-dart leg.

"I can't explain what happened because I haven't got a clue," admitted King, also the runner-up at the Players Championship Finals in November. "One minute I felt right and the next I didn't. It was very on and off. I started to fall asleep in the semis against Gerwyn and got away with it. "I was just hoping hit maybe I could force a last leg but all credit to Jonny he played some cracking darts, fair play to him. "Hopefully I'll be back again fairly soon." 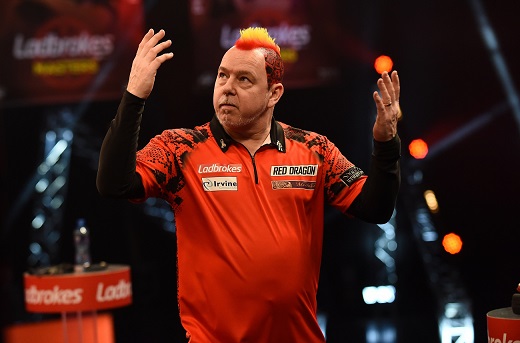 Finals Day saw the quarter-finals take place in the afternoon session, as Clayton fought back from 9-6 down to defeat James Wade 10-9 with a near-faultless display of finishing as he hit ten doubles from 11 attempts. In the evening's semi-finals, Clayton won another last-leg shoot-out against reigning champion Wright to book his place in the final. 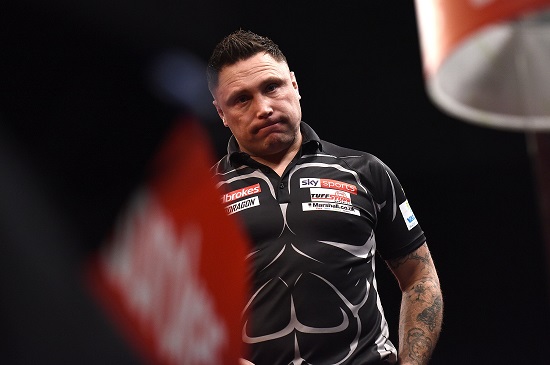 King also won 11-10 in the last four to halt the charge of world number one Price, who suffered his first defeat as World Champion. King had seen off Nathan Aspinall in the quarter-finals with another strong display, which had seen him lead 9-0 before closing out a 10-3 success.

Price averaged 105 as he defeated Adrian Lewis 10-6 in the last eight, while Wright overcame Dave Chisnall 10-5 after storming into an early 5-0 lead in their clash.