Raymond van Barneveld and Michael van Gerwen will meet in the second round of the Ladbrokes Players Championship Finals after winning their first round matches on Friday in Minehead. 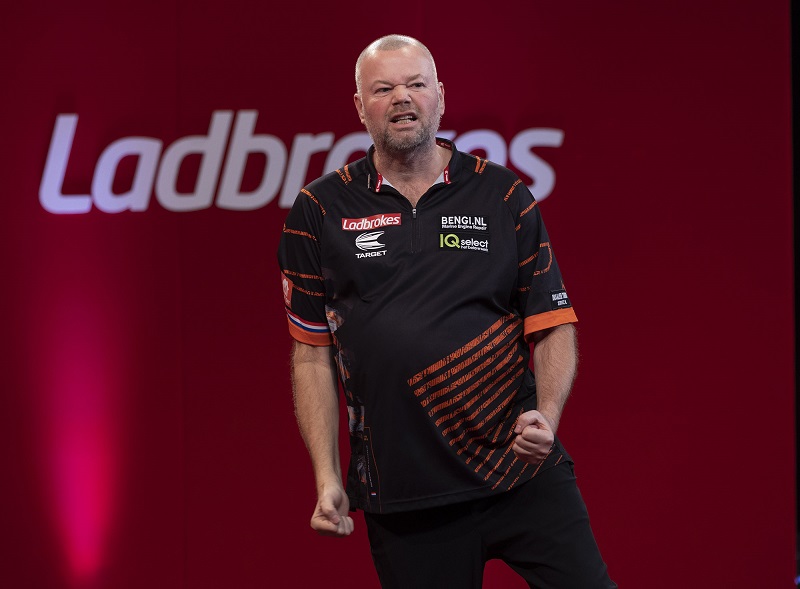 The iconic Dutch duo will share a TV stage for the first time since August 2019 on Saturday afternoon, having each come through all-Dutch round one ties.
Van Barneveld impressed with a 103.99 average in his 6-1 demolition over Maik Kuivenhoven, while Van Gerwen ran out a comfortable 6-3 winner against Kevin Doets.

Returning legend Van Barneveld will be seeking victory over Van Gerwen for the first time in over three years, with the 54-year-old in relaxed mood ahead of the all-star match-up.
"Michael and I always have amazing games," said Van Barneveld. "But Michael is world number three and I'm number 74 so I have nothing to lose, I'm looking forward to it. "Of course I will be trying to win, and it's a short format so let's see how it goes. "I was very happy with my game tonight. There's nothing better than playing well in front of a big crowd." 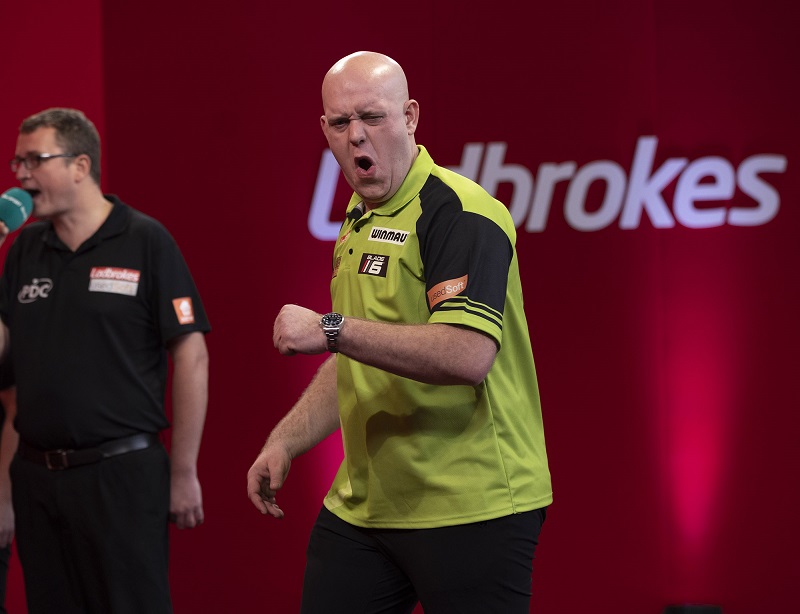 All 64 players were in action across two stages at Butlin's Minehead Resort on Friday, as reigning champion Van Gerwen enjoyed a straight-forward win over Doets.
Van Gerwen will be looking to make it five wins in a row over Van Barneveld, but is wary of the threat posed by his former World Cup teammate.

"I know Raymond is a good player, I'm going to have to put the pressure on him," said Van Gerwen. "But there's no reason why I can't do that. I feel ready for this game and I'm looking forward to putting on a good performance for the fans and for myself. "I didn't play my best tonight but never felt in any danger."

The opening day of the 500,000 pound tournament saw all of the world's top ten safely navigate their path to round two, with three 170 finishes pinned in the afternoon session by Dimitri Van den Bergh, Joe Cullen and Krzysztof Ratajski.

On the Main Stage, world number one Gerwyn Price survived a scare against Jason Lowe. After Lowe missed a dart to go 4-1 up, Price roared back to win 6-3, booking his place in round two where Martin Schindler awaits after the German dumped out Ian White. 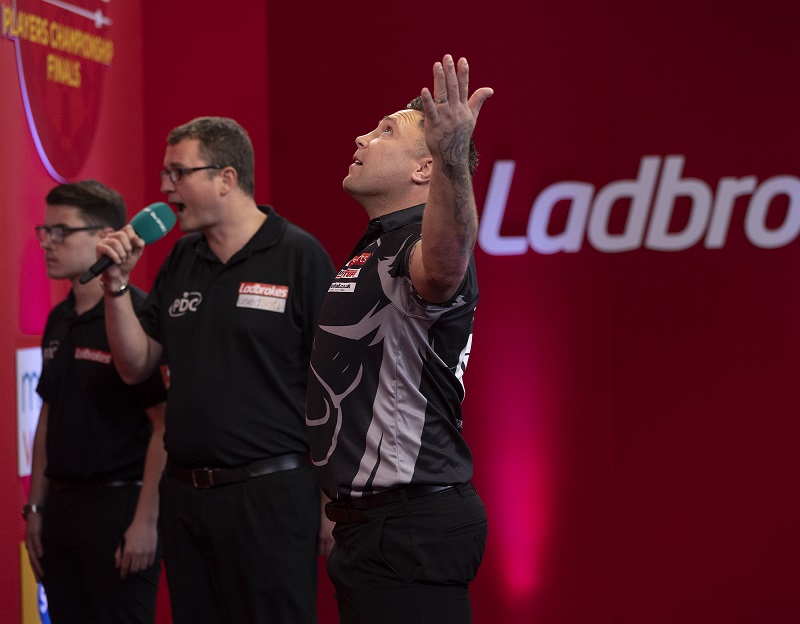 Jonny Clayton was far from his title winning best in his win over Alan Tabern, and he will now take on Scott Mitchell, the lowest ranked player left in the tournament who defeated Martijn Kleermaker 6-5.
2014 champion Gary Anderson pulled off an unlikely comeback against Stephen Bunting, fighting back from 4-0 down to win 6-5, and the Scot will now take on Ryan Meikle, who also came through a last-leg shoot-out against Dirk van Duijvenbode. 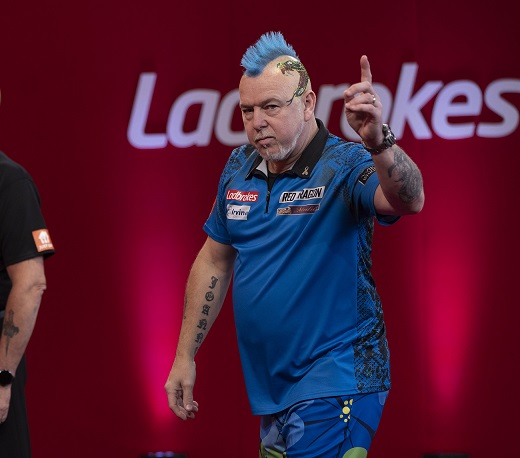 The Stage Two action will be headed up by a meeting between 2018 champion Daryl Gurney and Michael Smith, who defeated Scottish duo Alan Soutar and William Borland respectively.
Darius Labanauskas' reward for knocking out last year's runner-up Mervyn King is a meeting with Jose de Sousa, while Australia's number one Damon Heta will face top German Gabriel Clemens.

Rising star Luke Humphries defeated Jason Heaver in an all-Berkshire affair, and his next assignment will see him take on Ross Smith, who was a comfortable winner against Rusty-Jake Rodriguez.
Andy Boulton sprung a surprise against Cullen, running out a 6-5 winner and the Scot will now face Vincent van der Voort, who defeated fellow-Dutchman Jelle Klaasen 6-4.
World number 12 Ratajski will face William O'Connor, Ryan Searle will meet Ryan Joyce, and Brendan Dolan will play Ritchie Edhouse.

The battle to claim the last silverware before the World Championship continues on Saturday, with 16 second round ties played across two stages in the afternoon.
Round two winners will return in the evening session to compete in the last 16, which see eight games played across both stages.