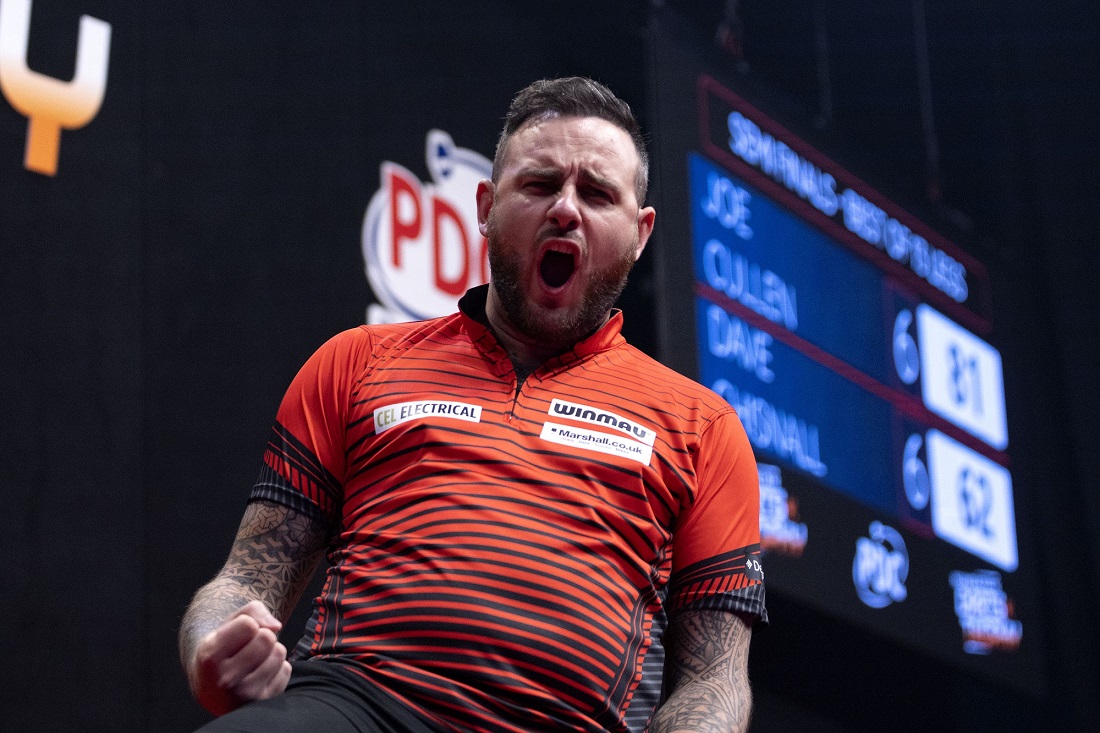 The PDC European Tour's second visit to Budapest saw the BOK Sportcsarnok enjoy some sensational darts across three days of action. 2022 Masters champion and Premier League runner-up Cullen scooped the 25,000 pound top prize, claiming European Tour glory for a third time with his first win since the 2020 International Darts Open.
Cullen had battled past Martin Lukeman in Saturday's second round, and saw off Jim Williams in Sunday afternoon's third round to continue his challenge. He then overcame Rusty-Jake Rodriguez 6-4 in the quarter-finals and survived three missed match darts from Dave Chisnall during their semi-final, before producing a 12-darter to complete a 7-6 victory.
Cullen's most dominant display came in the final, as he claimed the opening five legs without reply, twice punishing missed doubles from O'Connor whilst also posting a 13-dart leg, two 14-darters and a 100 finish. O'Connor hit back with double ten and then produced a 124 finish to break with a sparkling 12-darter, but five further missed doubles in the next leg allowed Cullen in to move 6-2 up. The World Series star then edged towards victory with an 11-darter as he took out 96, and four further misses from the former World Cup finalist allowed him to claim the title on double eight.

"I didn't expect to come to Budapest and win, but I'm over the moon," said Cullen. "In my first three games I was terrible and a bit lucky to get through all three of them. Then I turned it on a little bit in the semis and I think I was pretty decent in the final. "I kept Willie at bay, because I'd seen how well he played over the weekend and that's what I had to do."

O'Connor came from 5-3 down to edge out Michael Smith in Sunday afternoon's third round, before defeating Jose de Sousa and Nathan Aspinall to reach his first European Tour final since 2018. 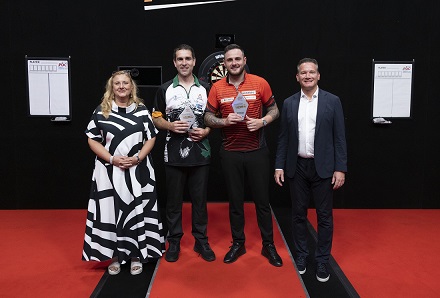 "The fantastic crowd in Budapest is one of the best crowds I've ever seen," said O'Connor. "If you told me before the weekend that I'd get to a final, I'd be absolutely ecstatic. "Although it's a disaster to lose in any final - it's not nice - I don't mind losing to Joe. He's one of the best guys in the game and I wish him the very best in the future."

Aspinall had won through to his third European Tour semi-final of 2022 following a dramatic ending to his last eight clash with Ryan Meikle, who missed the bullseye for a 170 checkout in the deciding leg.
Chisnall's run saw him reach a fifth ranking semi-final of the year with his best European Tour display, as he defeated Boris Krcmar with the aid of a 170 finish before whitewashing Josh Rock with a 102 average.
Meikle's 6-5 win over Simon Whitlock ensured his first quarter-final appearance of the year from his best run on the European Tour, as he agonisingly missed out on a last four place.
Youngster Rodriguez was also appearing in his first European Tour quarter-final, after seeing off Madars Razma in the third round.
Northern Irish youngster Rock averaged 100 in his third round win over Dirk van Duijvenbode, taking out 126 on the bull in the deciding leg to reach a second European Tour quarter-final in his debut year on the circuit.

The PDC European Tour continues from September 9-11 with the Interwetten German Darts Open in Jena, as 48 players compete in the 11th of 13 events being held this year.