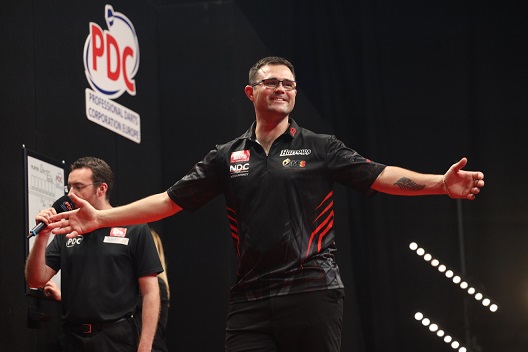 A thrilling end to the year's PDC European Tour action saw Australia's Heta scoop the 25,000 pound top prize at the Victoria Stadium following an action-packed final. World Champion Wright produced some superb darts to lead 3-0, only for Heta to take out a 167 finish on his way to a 7-5 lead. Wright took the next two to take the final to a sudden-death leg, but after being first to a finish spurned six championship darts across three visits. Heta had missed four darts of his own in two visits as the pair searched for the winning blow, before he posted double four to seal glory.

"I'm absolutely stoked," said Heta. "To get one European Tour title under my belt so early in my career, it's unexpectedly expected. "My weekend's been up and down - I haven't had a steady game all weekend and to come away with my first European Tour win I'm really happy. "Peter had his chances, just like I did, and the crowd deserved a last-leg decider. To happen like it did, I don't know what to say!"

Heta had begun his challenge for the title on Saturday by defeating Chris Dobey, and saw off Masters champion Joe Cullen and German star Gabriel Clemens to reach the semi-finals. He showed his class to then win a sensational contest with Michael van Gerwen, coming from 4-1, 5-2 and 6-4 down with legs of 13, 11 and 15 darts to edge into the final, landing nine 180s in an action-packed clash.

Wright produced an outstanding response to last weekend's loss to Van Gerwen in the BoyleSports World Grand Prix semi-finals in his run to the final. The world number one averaged 108 in Sunday afternoon's third round win over Ryan Searle, 105 in his quarter-final defeat of Luke Humphries and almost 109 in his 7-1 semi-final romp against Rob Cross. He also took out brilliant 121 checkout of bull, treble seven and bull in the second leg of the final - bringing a bumper crowd at the Victoria Stadium to their feet - only to later agonisingly miss out on the title. 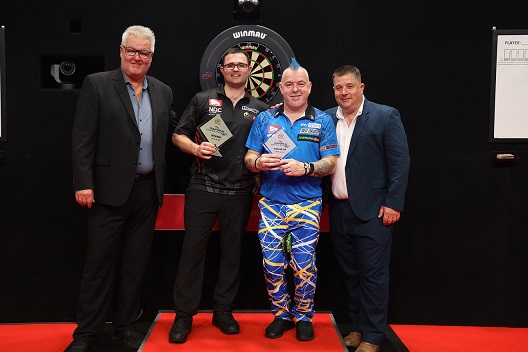 "Hats off to Damo," said Wright. "I didn't expect to miss my doubles, and I didn't expect him to miss but hopefully it was entertainment! "It was his day today. He gave me chances to get back into the match, he was blowing me away and he took his foot off the pedal. "He's been pushing and pushing but he gets horrible draws and keeps running into the top players. "He's left home and come over here but now you watch him. He's proven to the world - he beat Michael van Gerwen and me and he can beat anybody in the world, he's brilliant."

Cross overcame Ryan Joyce and Josh Rock as he won through to the last four in his bid to claim a maiden European Tour success, while Van Gerwen defeated Jose de Sousa and Nathan Aspinall - in a repeat of the World Grand Prix final - in his run to the semis.

Humphries was a quarter-finalist in his first event since becoming a father for the first time last week, while impressive Northern Irish youngster Rock defeated Jonny Clayton on Sunday afternoon to win through to the last eight for the second time on the European Tour.

With the Gibraltar Darts Trophy marking the conclusion of the 13-event 2022 European Tour, the top 32 players from the final European Tour Order of Merit now progress to the Cazoo European Championship in Dortmund from October 27-30.