Menzies and Duff impress to book second third round spots

Cameron Menzies and Neil Duff were among the big winners as the second round of the 2022 WDF World Championships continued at Lakeside on Tuesday afternoon. 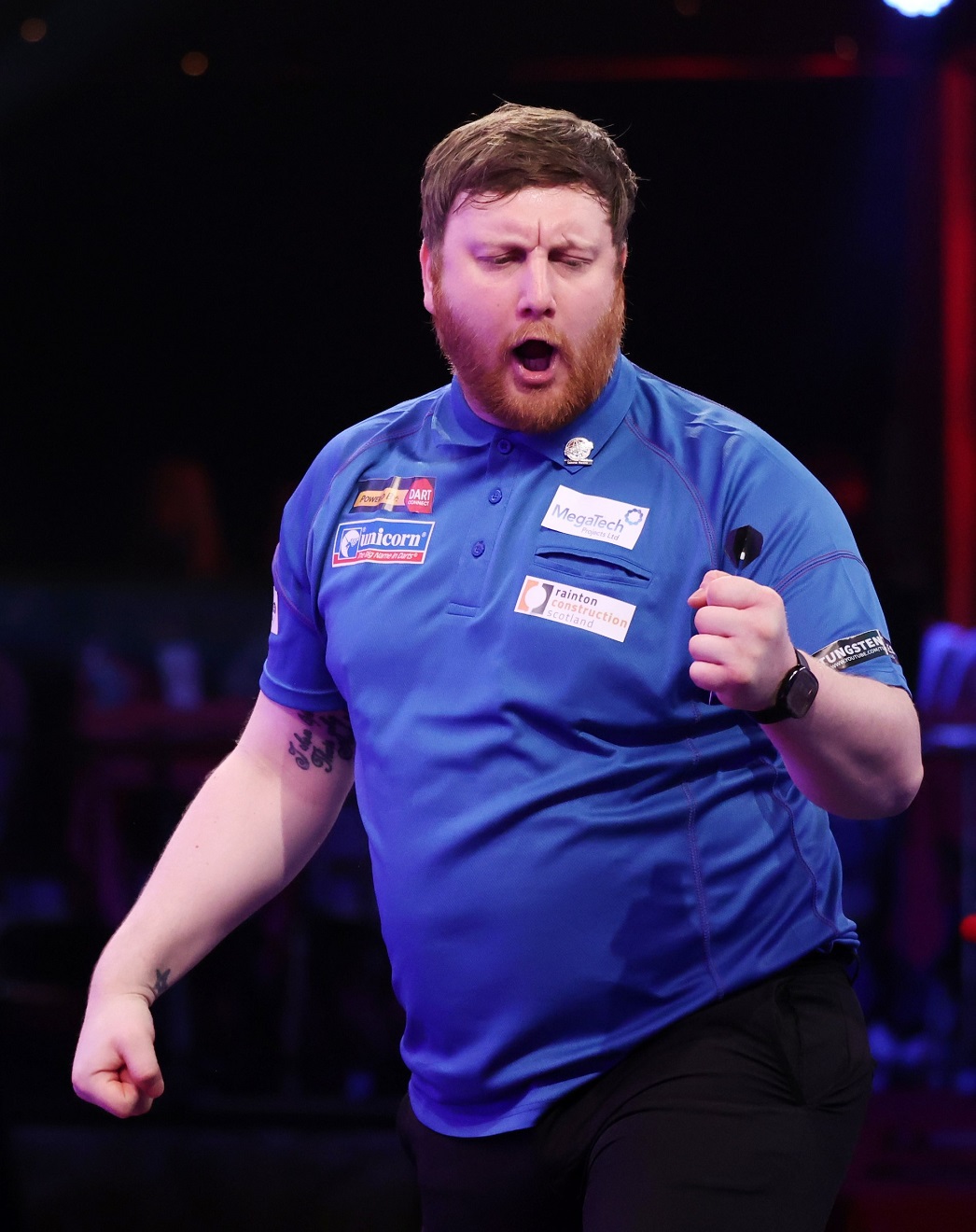 Scotland's Menzies produced four maximums in an impressive 3-1 victory over England's Ian Jones in the final game of the session.
A pre-tournament favourite for many, Menzies breezed through the opening set 3-0 before Jones, nicknamed 'The Whippet', pegged him back by taking out 122 to win the second set 3-2. Although the scoring power dropped slightly in the last two sets, Menzies took the third set 3-0 before surviving some more Jones pressure to win the fourth set 3-2 with a 24 checkout.
Menzies will be back in action later this week to take on the winner of this evening's final tie between defending champion Wayne Warren and Lancashire's Lee Shewan. 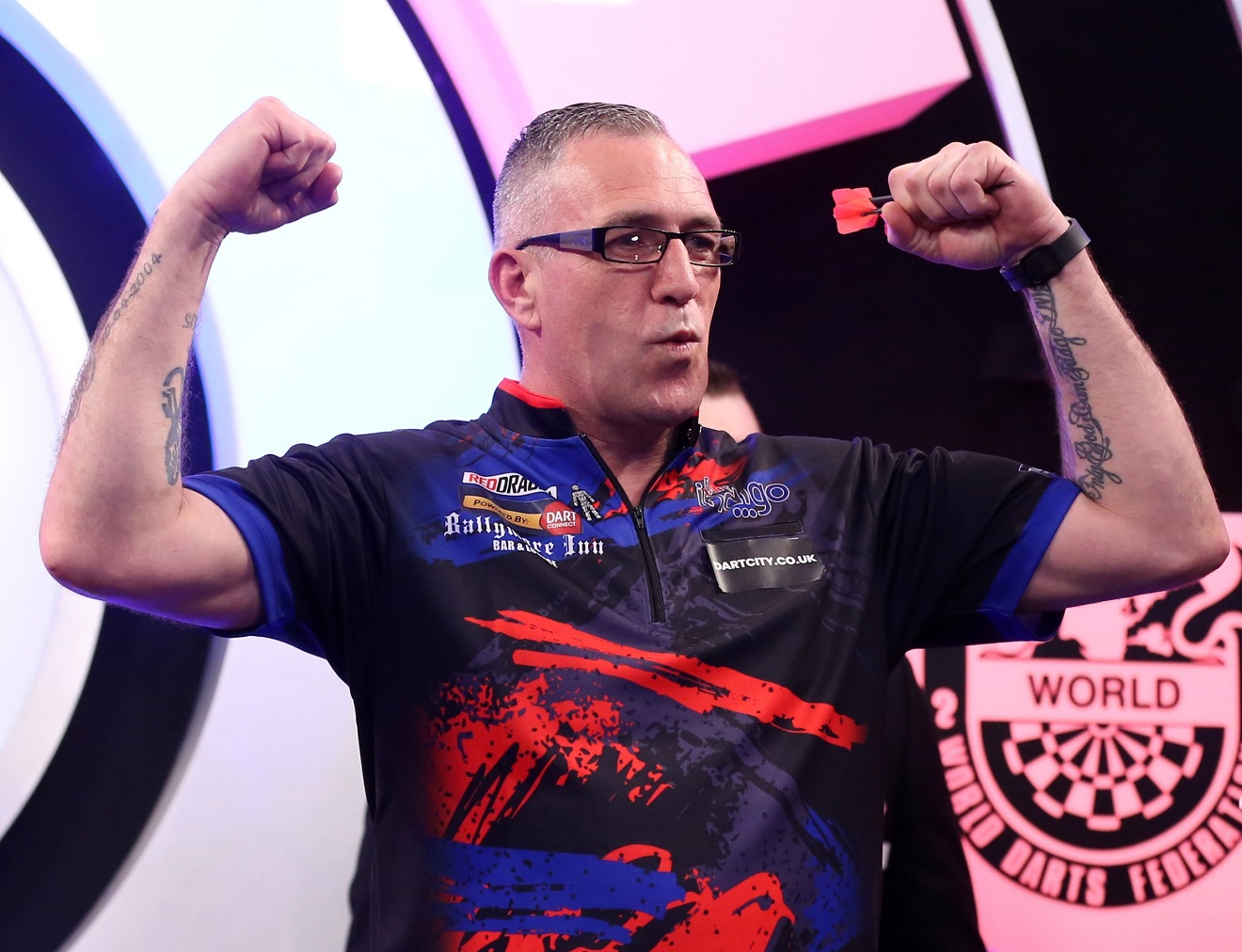 Neil Duff talked the talk before his long-awaited debut, predicting that he'd beat Australian qualifier Justin Thompson 3-0. In the end that's exactly what he did, averaging 88.77 in a win that showcased his title credentials.
After initially falling 2-1 behind in the opening set, 'The Duffman' produced some clinical finishing to win five consecutive legs in 77 darts to take a two-set lead. Thompson's battling qualities were on full display in the third, a big 149 checkout helping him to force it to a deciding leg. Unfortunately for him, he couldn't find the break he needed, Duff instead taking out 71 to complete the straight sets victory.
Duff, who remains full of confidence that he can go all the way this week, will next be in action against a man he knows well from doing the WDF tour last year, England's 12th seed Nick Fullwell. 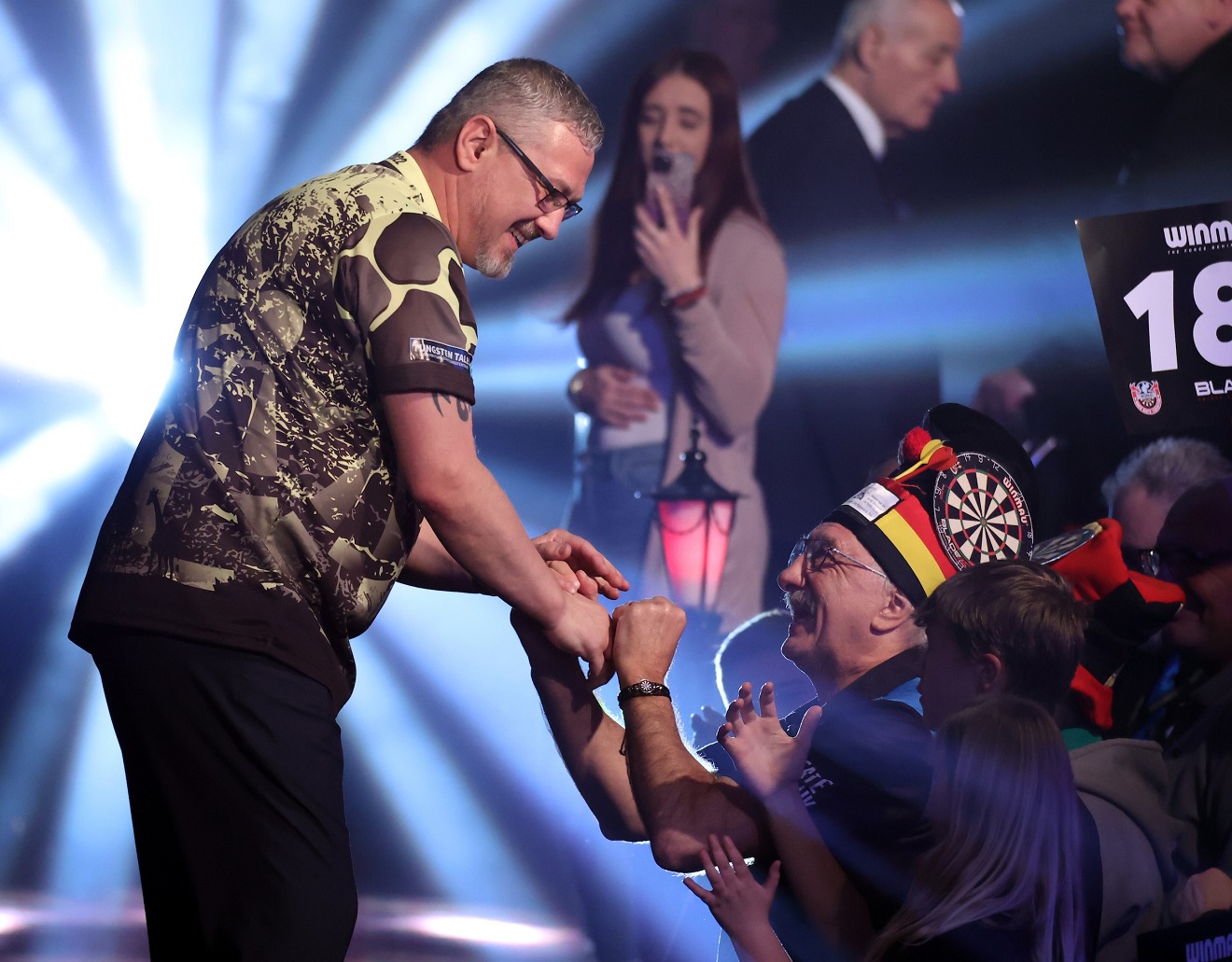 Fullwell managed to put worries about a recent house break-in behind him as he ended Rory Hansen's World Championship campaign with a 3-0 victory.
Fullwell sprinted out of the starting blocks, producing big finishes of 112 and 118 and won the first two sets for the loss of just one leg. The third set was much scrappier with both players missing a slew of doubles, but Fullwell took it 3-1 to wrap up a straight sets victory. 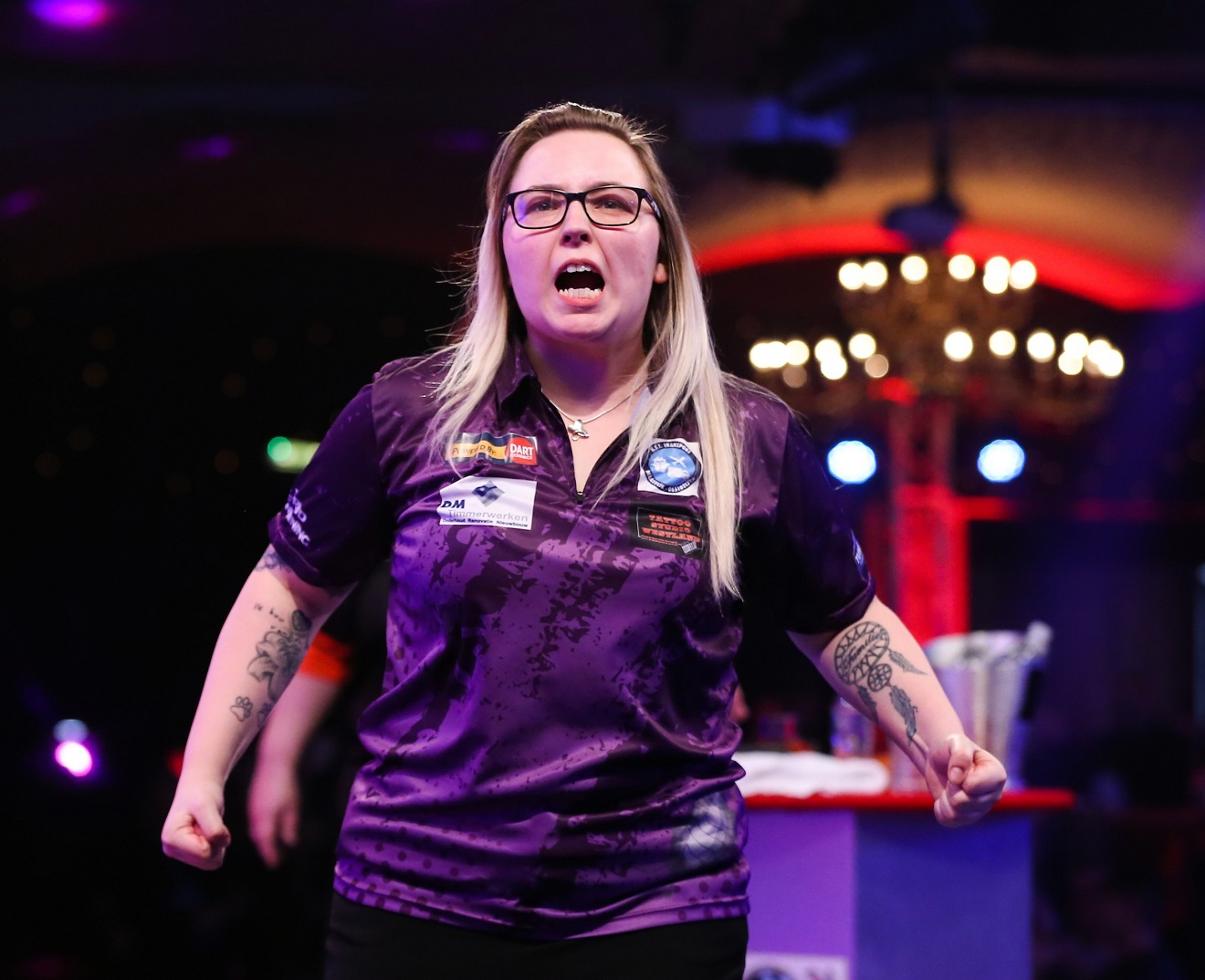 Priscilla Steenbergen delivered the best performance of her young career as she defeated third seed Anca Zijlstra 2-0 to book a spot in the quarter-finals of the Women's World Championship.
Steenbergen struggled to produce her best in her first-round game against Darlene van Sleeuwen on Saturday evening but put 14 points on her average in her victory over fellow Dutch thrower Zijlstra. A 114 checkout in the second leg of the first set kicked off a run of three on the spin that saw Steenbergen take the first set 3-1. The second went all the way, Zijlstra wiring a 126 finish to force a deciding set before Steenbergen stepped up to take out 64.
Now through to the quarter-finals, Steenbergen's next opponent will be sixth seed Kirsty Hutchinson or Lancashire's Jo Clements. 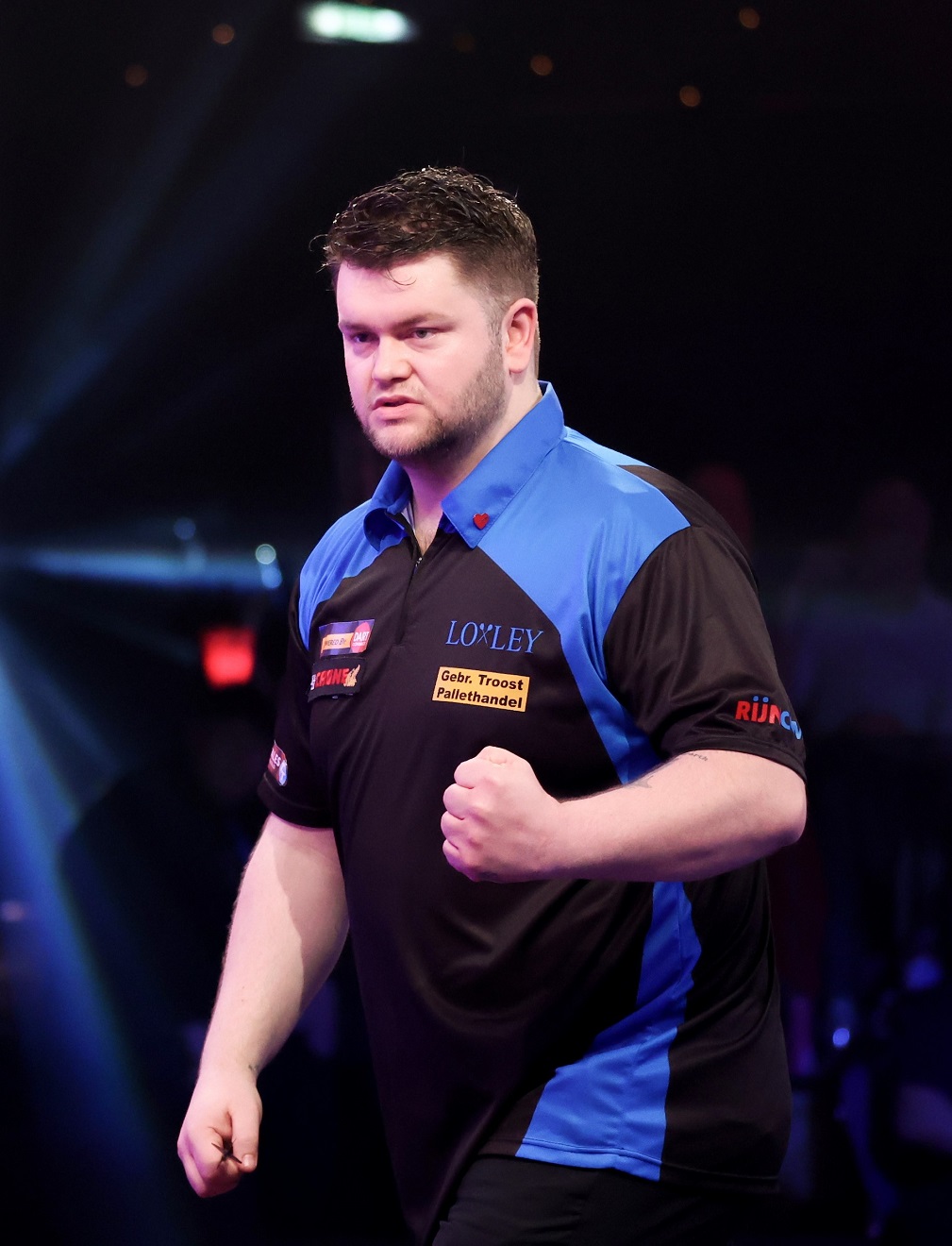 Ryan de Vreede produced one of the upsets of the tournament so far as he came out on top against fellow Dutchman Jules van Dongen.
Fresh off his first round victory over Italy's Francesco Raschini, de Vreede won the opening two legs of the match before current PDC Tour Card holder van Dongen levelled the set up at 2-2. De Vreede took the decider with a 72 finishes and followed that up by winning the second set 3-2 as well, taking out 104 and 90 in a three-leg run after van Dongen had kicked off the set with 110 and 74 checkouts. Van Dongen reduced the arrears by winning the third set 3-1 but despite winning the opening leg of the fourth he couldn't repeat the trick, de Vreede winning three on the spin in 50 darts to complete a 3-1 victory.
Next up for de Vreede is WDF World No.1 James Hurrell, who showed real grit and determination to come through a tense five-set tussle with John Desreumaux 3-2 and win his first game on the Lakeside stage at the third attempt. 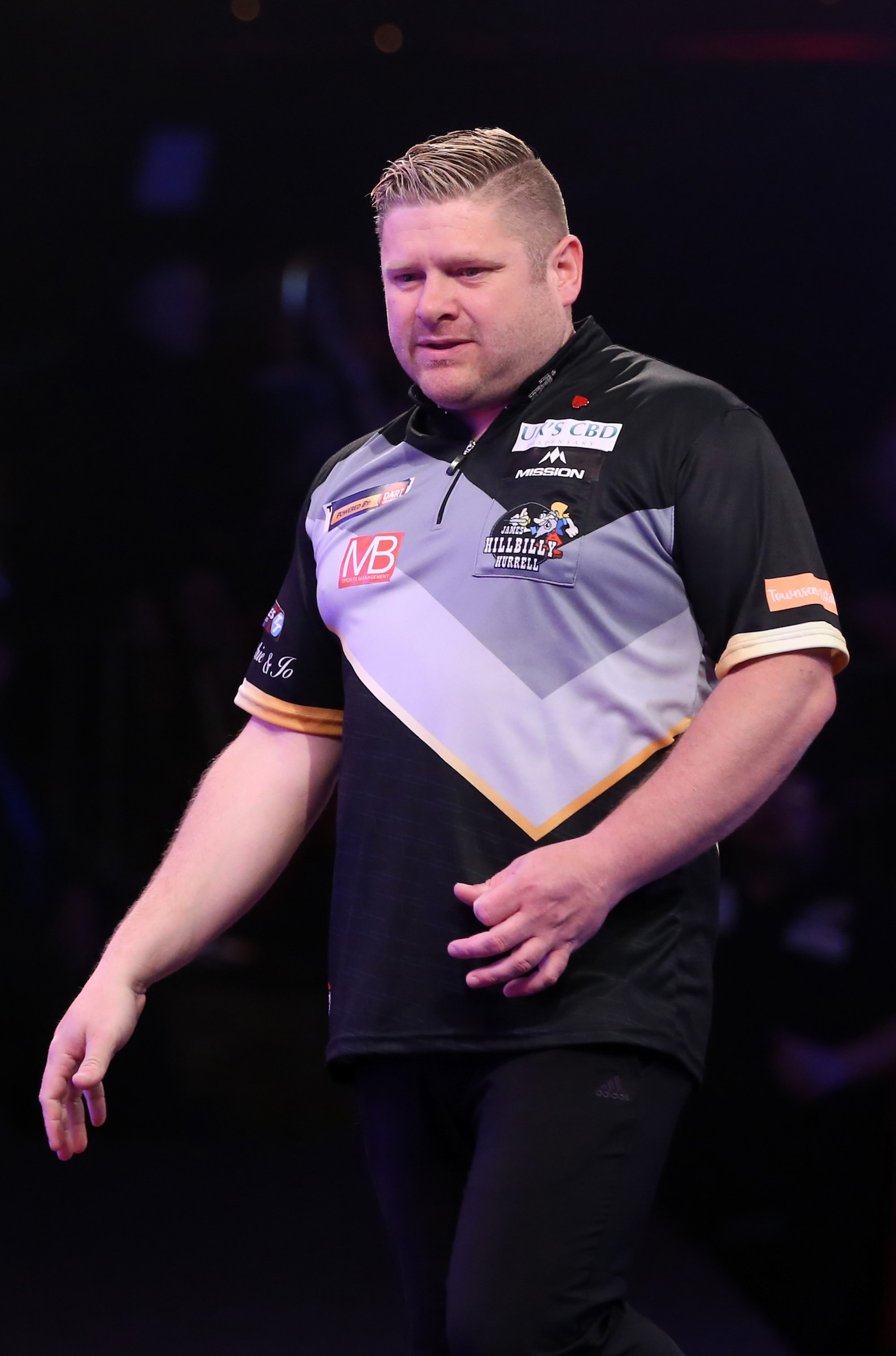 Entering the tournament as one of the favourites to go all the way, it was clear that Hurrell was nervous throughout and he dropped the first set 3-1 to 'Killer Bee'.
Desreumaux took out a big 130 finish to take a 2-1 lead in the second set, only to miss three set darts in the following leg. Hurrell capitalised on those misses, rattling off five legs on the spin to go 2-1 up in sets. The Belgian would not go away though and punished some errant Hurrell doubles to win the fourth set 3-0 and force a decider. The final set was similarly one-sided, although unfortunately for Desreumaux it went the other way, Hurrell producing a brilliant 141 checkout to wrap it up 3-0 and the match 3-2.
Hurrell, the new England captain, only hit 20.4% of his doubles and will know that he has to be better in the last 16. 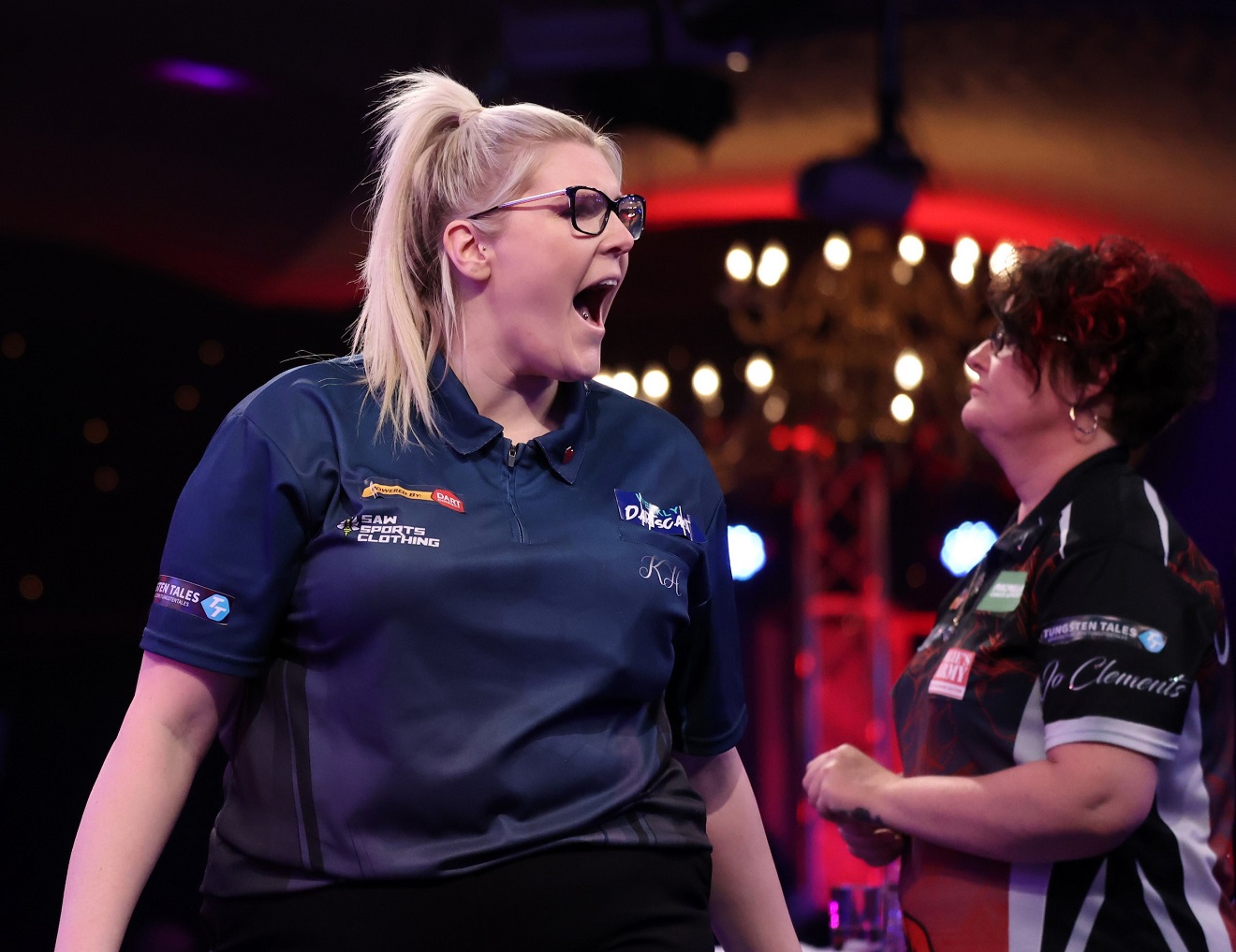 Kirsty Hutchinson is one of the favourites in the bottom half of the draw of the Women's World Championships and she kicked off her tournament with a win over Jo Clements.
It was the superior scoring power of Hutchinson, the reigning Welsh Open champion, that proved the difference-maker in the first set, which she won 3-1. Clements was able to find her rhythm more in the second, kicking off the set with an 80 finish before taking out 134 to break the Hutchinson throw and force a decider.
She couldn't seal the deal though, Hutchinson going out in 17 to round out the straight-sets victory. She'll be back in action on Friday to face Priscilla Steenbergen in the quarter-finals.

Following the conclusion of the match between Ryan de Vreede and Jules van Dongen, the decision has been made to postpone the match between Wayne Warren and Lee Shewan until tomorrow evening (6th April) due to a production technical failure meaning that the game would not have been live on television The match will be played in the evening session. Further details to follow.