World Champion Peter Wright will face American number one Danny Baggish in the bet365 US Darts Masters on Friday, with the countdown continuing to the World Series of Darts event in New York.

The World Series will make it's New York debut on June 3-4 in the Hulu Theater at the world-famous Madison Square Garden, as eight North American hopefuls face off against the biggest stars in the sport.

Friday's first round will be headlined by the tasty meeting between world number one Wright - who arrived in America as the reigning World Champion - and Florida's Baggish, the top-ranked US prospect who is in his second year as a PDC professional.
Wright takes on American number one Danny Baggish in a mouth-watering opening round tie, and the world number one is determined to send out a statement in the Big Apple. 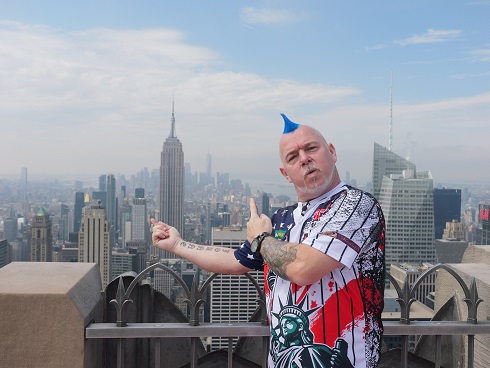 "To be in New York and playing here is immense. I have just seen my picture up on the giant LED screen on the ceiling - it is pretty crazy!" Wright admitted. "Obviously two years ago I missed out on going to these amazing places, but we're back on tour and it's going to be great. "We all want to win this trophy, but I want to win it more and show why I am number one in the world and why I'm World Champion."

Dutch-born American Jules van Dongen will make his World Series debut on Friday against Michael van Gerwen in another intriguing contest, while world number two Gerwyn Price will face Canadian qualifier David Cameron.
Van Gerwen has been an ever-present on the World Series circuit since its inception in 2013, and despite his impending arm surgery, the Dutchman is in buoyant mood ahead of this weekend's showpiece. 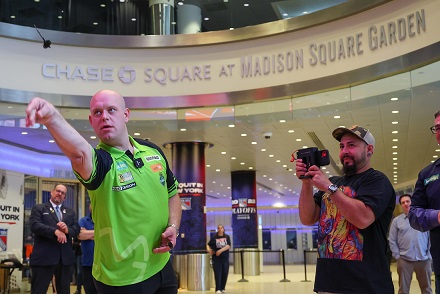 "I think it is an honour for every dart player to play in this phenomenal venue," said Van Gerwen, a four-time World Series of Darts Finals winner. "Everyone who knows their sport knows that this is one of the biggest sporting venues in the world and I think that is good for darts globally - it can take it to the next level. "I'm looking forward to playing against Jules. I know what he is capable of. I know he is going to put himself under pressure especially as an American, as he's probably got a few fans coming over. "It would mean the world to me [to win the event]. Everyone knows when we go to a new continent or a new place, whether it is Dubai or Las Vegas - I always want to win."

Fallon Sherrock, the Nordic Darts Masters runner-up in 2021, plays America's Leonard Gates, while qualifier Doug Boehm makes his big-stage debut against Michael Smith.
Sherrock rose to stardom courtesy of her 2020 World Championship exploits, before reaffirming her credentials by reaching last year's Nordic Darts Masters final, followed by a run to the quarter-finals at November's Grand Slam of Darts.
The 27-year-old is aiming to create another slice of history in New York, but insists she is soaking up the entire experience. 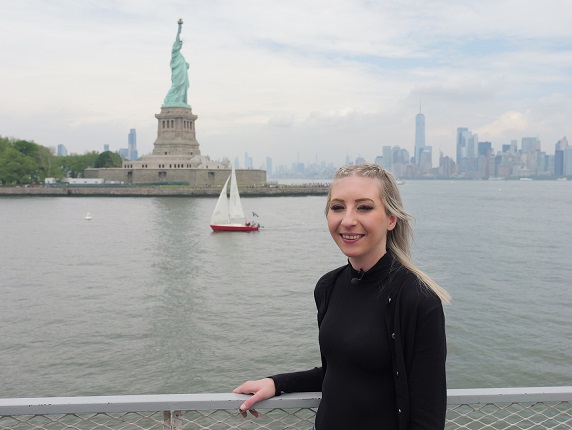 "I have never been to New York before. It's my first time in America and it's been pretty cool so far. There is so much to see and do in New York, it's an amazing place," said Sherrock. "I'm really excited for the event too. I've waited a long time to get here and it's brilliant to finally be in New York. "My first aim is just to win on Friday night and hopefully set the ball rolling."

The draw, which was made in New York's famous Times Square on Wednesday, has also pitted reigning Premier League champion Jonny Clayton against American prospect Danny Lauby.
Top Canadians Jeff Smith and Matt Campbell have drawn James Wade and Gary Anderson respectively for their first round ties on Friday.

The World Series of Darts event will conclude on Saturday evening with the quarter-finals, semi-finals and final in the Hulu Theater.

In addition, Saturday's afternoon session will feature the bet365 North American Championship, as the eight US and Canadian stars battle for that title and a place in the 2022/23 Cazoo World Darts Championship. The bet365 US Darts Masters will be broadcast live through DAZN in the US and Canada, as well as in various other worldwide territories and exclusively in Germany, Austria and Switzerland. Other live global coverage will be broadcast through Viaplay in various territories including the Netherlands, as well as via PDCTV in all countries outside Germany, Austria and Switzerland.