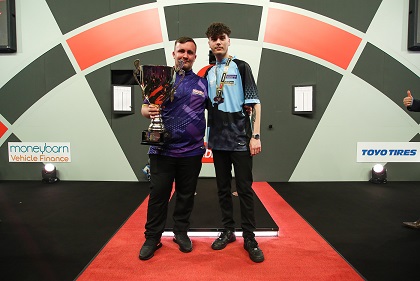 Luke Littler produced a dominant display to whitewash Harry Gregory and clinch the Holiday Inn Express Gibraltar JDC World Championship title at Alexandra Palace on Monday.
Teenage star Littler - a winner of the JDC Super 16 title in January - continued his rapid rise in the sport to scoop the £2,000 winner's cheque on the sport's biggest stage.
The 15-year-old follows in the footsteps of UK Open semi-finalist Keane Barry, Austrian star Rusty-Jake Rodriguez and emerging Dutchman Jurjen van der Velde, who have all lifted the title in the capital previously before stepping onto the PDC circuit.

Littler settled any early nerves with a superb 13-dart break in the opening leg, and he extended his lead to 3-0 after pinning double four and cleaning up a 60 checkout via double ten. The Warrington star then fired in a timely maximum to move to the cusp of victory, before sealing the deal with a brilliant 112 finish on tops to cap off a comprehensive 5-0 victory. 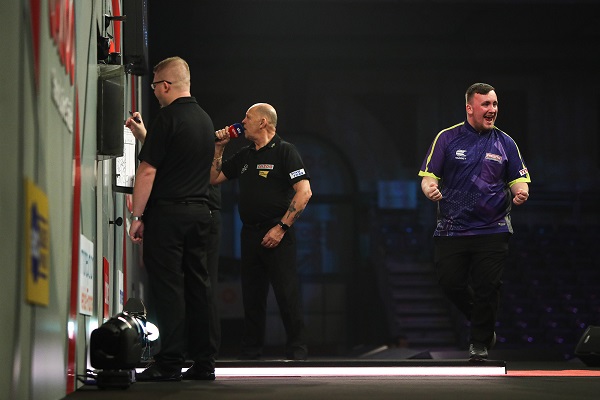 "I'm World Champion at the age of 15 - I can't really put this feeling into words," said Littler, the latest winner of the Tommy Cox Trophy, named in memory of the PDC co-founder. "Coming into this practice was going well, and I think I settled better than Harry and got the job done early on. "I've obviously played at the Lakeside, I have played on a few other big stages, but this is the biggest and best I've played on. "Keane Barry has won this title, Rusty-Jake Rodriguez - they're on all the PDC tour so I would love to join them in a few years. "Next year I will go to some Development Tour events, and I will start to get my name out and about on the PDC tour."

The earlier rounds of the JDC World Championship were held in Gibraltar last month, and Littler dropped only three legs in reaching the final, recording a 5-2 success against Dutch prospect Pim Van Bijnen in the semi-finals.

Meanwhile, Gregory - who has featured on the Development Tour in 2022 - came through a last-leg decider against Evan Willoughby earlier in the competition, before defeating Peter Stewart Jr 5-3 in the last four.