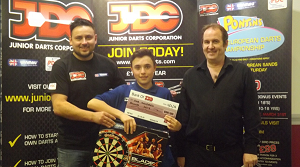 The Junior Darts Corporation (JDC) was founded by Steve Brown and addresses to children and Youth between 8 and 18. The JDC from former PDC player Steve Brown's darts academies. With the acadamies Brown created a surrounding for children in which they could be introduced to the sport of darts. Beside the competition the collective fun is centre stage.

Brown developed an own point ranking fort he academy members and in competetion only players of the same strenght or on the same level will meet. 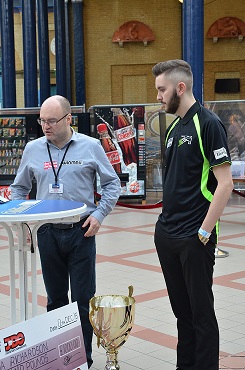 2015 for the first time a JDC Tour was played which was won by Joshua Richardson the son of PDC players James Richardson. Josgua Richardson reached 2015 the final of the World Masters Youth event as well and in 2016 won the BDO Youth World Championship.
2016 again a JDC Tour will be played which will consist of six tournaments and a final. The participants of the tour have to be between 10 and 17. The real final then will be played during the PDC World Championshipon the big stage of the Alexandra Palace in London. The Tour Events are open for all young players - not only the JDC members.

Steve Brown would like to spread the JDC around the world . But for this project he would need supprters in other countruies. After all in 2016 the first academy in the Republic of Ireland started and beside the JDC Tour in 2016 the first European Darts Championship will take place in which all European juniors between 10 and 18 years of age can take part. The winner will get 2000 pounds price money.

The JDC is sponsered by Winmau and endorsed by the PDC and the PDPA.

all about the JDC Tour you can find here: Turnier-Information

More informatione one can find on the JDC Homepage