Alan Norris already plays since 2006 on the BDO Circuit and took part for the first time in the BDO World Championship in 2009 but he not really became known before 2014 when he was the Lakeside runner-up and lost in the final to Stephen Bunting. 2014 went on to become a very successful year for the 42 year old. He won the British Classic, the Catalonian Open, the Denmark Open, the Polish Open, the Scottish Classic, the Swedish Open and the Welsh Masters. He reached the quarterfinals of the Winmau World Masters and impressed in the Grand Slam of darts. End of December 2014 he headed the WDF Ranking table and he enters the BDO World Championship 2015 as the number 3 seed. He'll play first round against the winner of the preliminary round match between Willem Mandigers and Daniel Larsson.

I used the opportunity and talked during the Grand Slam to him. 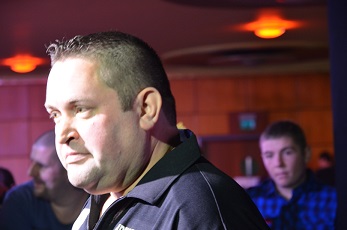 I think it's quite all right - I like it - very much. And I hope to stay in the tournament much longer.

Does the crowd or the noise affect you in any way?

When I am really focused it doesn't affect me at all -I just blend it out. Today I was not so focused and it got to me - a little bit.

You played your first match against Ronny Huybrechts - did you know him?

Oh yes - I played him several times when he was still in the BDO. I know him quite well.

Is it easier or more difficult to play against a player you know? 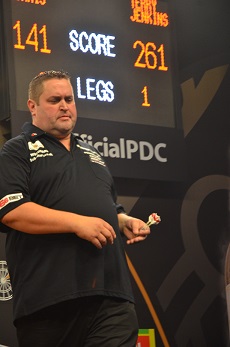 I can't say...Usually I focus on the board and on my own game. But looking at how I played here in the group matches might be its easier when you don't know your opponent! Only look how I played against Terry Jenkins - I didn't know him at all and never played against him before.

The PDC still has chalkers on stage - what do you like better?

I myself prefer the screen we have in the BDO.

During the World Masters there were some situations the electronic score board didn't work - do you always remember your scores or can that be a problem?

I usually know quite well where I stand and what I still need. But there are players who only rely on the board and then of course there is a problem. Chalkers to be sure are more reliable.

You played a very impressive last 16 match during the World Masters - what happened in the quarter finals?

Oh well - that was unlucky, I had the flue really bad. I had hoped it wouldn't matter too much but I just was piped out. 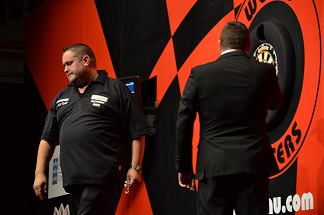 Is the crowd usually as small for the the World Masters?

Well of course in Lakeside the crowd is always much bigger. I can imagine not all of the far travelled participants in the World Masters are able to pay the entrance fees.

Was it to you clear from the beginning you would accept the invitation to play the Grand Slam?

Yes, of course it was. You always look for new challenges, want to do something different - you just can't miss such a chance.

Of course I've to ask you now whether you think about switching.

I know there are always discussions about the topic but my answer is: "No comment".

I started when I was nine years old. Probably I was better than then today.

Did you ever play BDO youth? 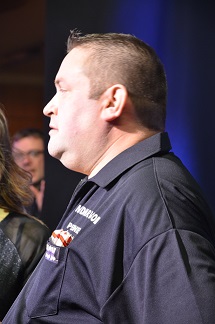 No, I had no idea it even existed.

You travelled quite a lot and lived in different countries - did you always play darts?

Was it because of your job you travelled such a lot?

Yes. I was a salesman for a Swedish firm.

You lived in Spain as well. As soft-darts is very big there - did you ever play it?

I didn't try it when I lived there. Only once during a holiday on Mallorca. But I didn't like it - it's much too easy.

Are you a full time pro by now?

Well , technically yes. At least I only play darts at the moment. But whether you can really call that "living"...

You are a very heavy scorer - is that a special strength or only practice?

I really practice it a lot. And probably it helps when you play for such a long time as I do.

As everybody I've got my own routine. But that's a professional secret.

Have you got a special tournament preparation?

Before a tournament I practice even more. But I just don't have time to do something for my fitness as well. 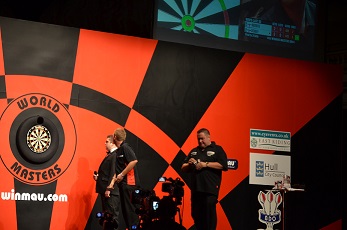 What is it that fascinates you in darts?

I think it's the whole package - everything. But I can imagine a life without darts as well - then I would play tennis.

Have you still time for other interest or hobbies beside darts?

I like to play golf. But I am not really good and don't have enough time. But I play on my off day in Wolverhampton. Would I have really time I would play tennis!!! But with all that travelling it's hard to find the time.

O well. The problem is I usually only see taxi, hotel and venue. It's not really stressful but I don't really enjoy it. But I've decided that I'll arrive a day early before my next tournament to be able to do some sightseeing. 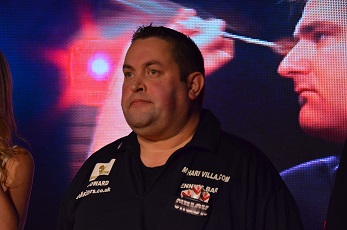