It Takes Two To Tango!

Meet the other half of Team Brazil - Alexandre Sattin

Diogo Portela has been grabbing a lot of headlines lately not least as his achievements made the Darts World sit up and take notice and off the back of that Brazil were awarded a place at the PDC World Cup in Germany!

It takes two to tango and play World Cup darts so now it is time to introduce Diogo's World Cup partner! Allow me to introduce Alexandre Sattin!
We from the Darts Performance Centre have been helping Team Brazil to prepare for the World Cup and we will be there to support them in Germany. I had plenty of questions for Alexandre, here are his responses! 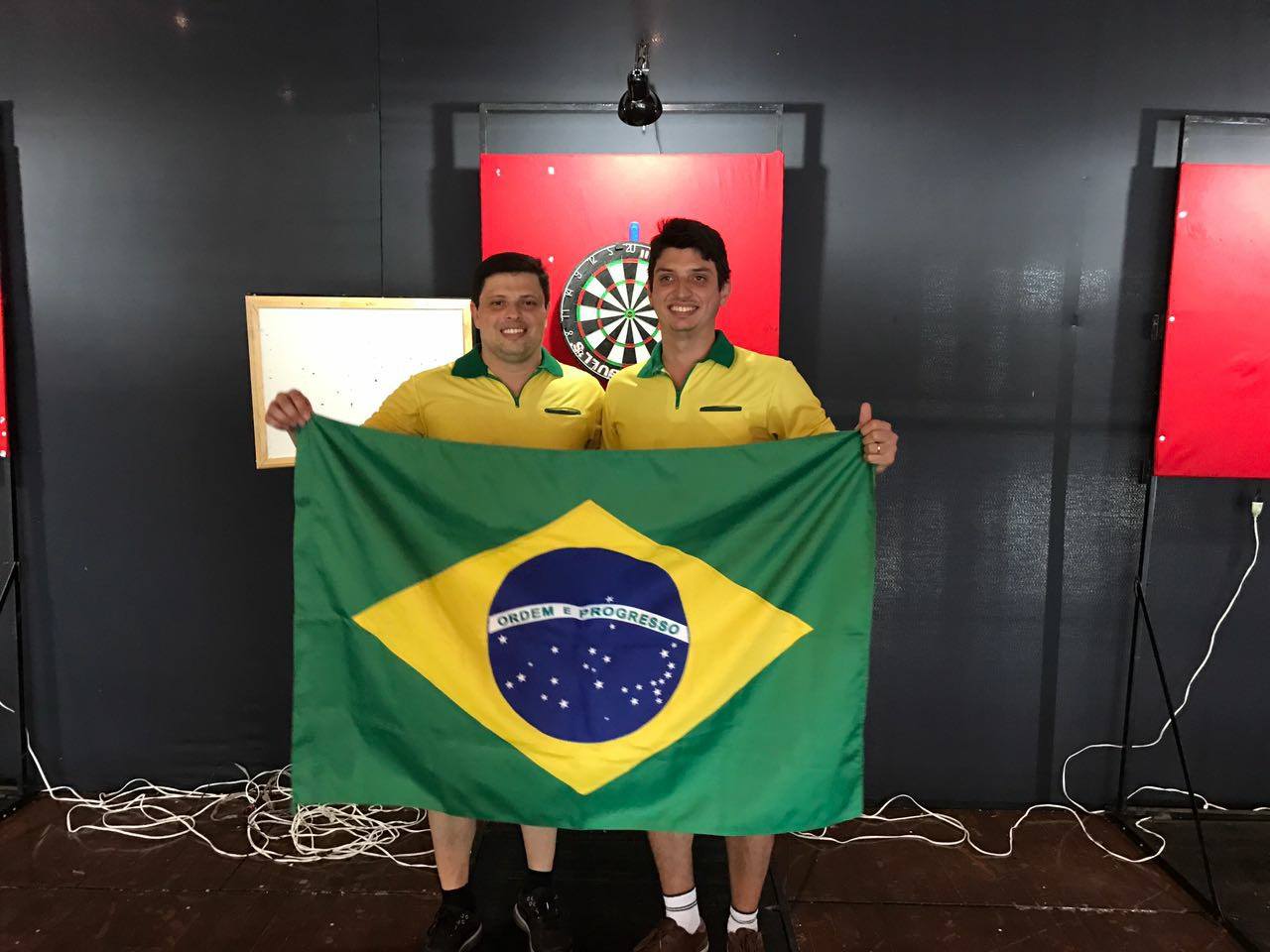 What do you do as a job?

I'm a graduate in Computer Science and I work at Brazil's Federal Police as a Forensic Expert.

How did you get into darts?

I started playing in 1992, at university time, as a way to have fun with friends in the pubs of the city.

What darts do you play at the moment - (do you play in a league etc)?

I play at my city league (Brasília) and in national tournaments (when they happen).

As you can see, there is a gap in my darts history of over 20 years. For professional and personal reasons I stopped playing darts all this time. At the beginning of November 2016 I decided to return to the dart games and at the end of the month I started to get some good results in the Brazilian championship; reaching the semi-final.

With the start of the 2017 season of my local league and with the victory in the first 3 stages of the league, people then started telling me that I had a good chance of getting the spot in qualifying.
Also Diogo Portela was in my city for a day and we played some games together and he told me to be positive about my game and he told me that I would have a chance to win the spot at the World Cup. That's when I realized that I really could fight for this spot.

The qualifying tournament took place at the Brazilian Cup; the best Brazilian at the end of the tournament would have the spot. I managed to finish the tournament in second place, losing in the final by 5-3 (best of 9 legs), but as the champion was a German (Sven Schneider), I got the spot.

What does it mean to you to be playing for Brazil in the World Cup?

Representing your country in any activity is always a big responsibility. It will also be the first time that Brazil have played in the World Cup under the PDC banner so we are aware that we will find high quality opponents in the competition. We do not have a tradition in the sport in Brazil so it will be another opportunity to bring to the general public in Brazil that the sport can be practised by more and more people.

How are you preparing for the World Cup?

For the World Cup I will continue my routine of training that is based on physical training in the gym for 1 hour every day, work on the psychological aspect of the game and do darts practice games in sessions of 1 hour, with breaks every 30 minutes for a total of 3 hours a day.

The practice exercises are divided into improvement of throwing technique, training suggested by the DPC practice plan, and 501 games against real opponents and the computer.

Finally, has Diogo been an inspiration for Darts in Brazil and why do you think you will make a great team?

For me, Diogo is the best Brazilian player of all time. His and his family's dedication is an example to all of us. Seeing a Brazilian player playing the professional league against the best players in the world is an inspiration to us all.

It is difficult to contribute something for the team when your partner is much better than you, so I intend to help with my life experience, bringing peace and balance to the team, since I have participated in other team competitions. Also, I will train to contribute with as many points and doubles as I can!