Andy Hamilton started his PDC career in 2004 when he managed to qualify for the UK Open. In 2005 he for the first time took part in the PDC World Championship and played himself into the quarterfinals where he lost to Bob Anderson. 2006 he celebrated his next big success - he reached the semi-finals of the World Matchplay and got the same result in the PDC World Championship 2007. In 2007 he won his first Pro Tour event and stood in the final of the grand Slam. The next few years were less spectacular though he had some good results.
The World Matchplay 2011 then brought him back into the spotlight when he produced a sensational comeback against Simon Whitlock. Hamilton already was 8:15 behind but then turned the match around and won it 17:15. A similar comeback he could again produce against Simon Whitlock in the semi-finals of the World Championship 2012 and Andy advanced with a 6:5 win into his first World Championship final. He lost to Adrian Lewis but played a good year 2012 and by now is securely established under the Top 10 of the world.
During the Grand Slam I used the chance after his match against Brendan Dolan to interview him. 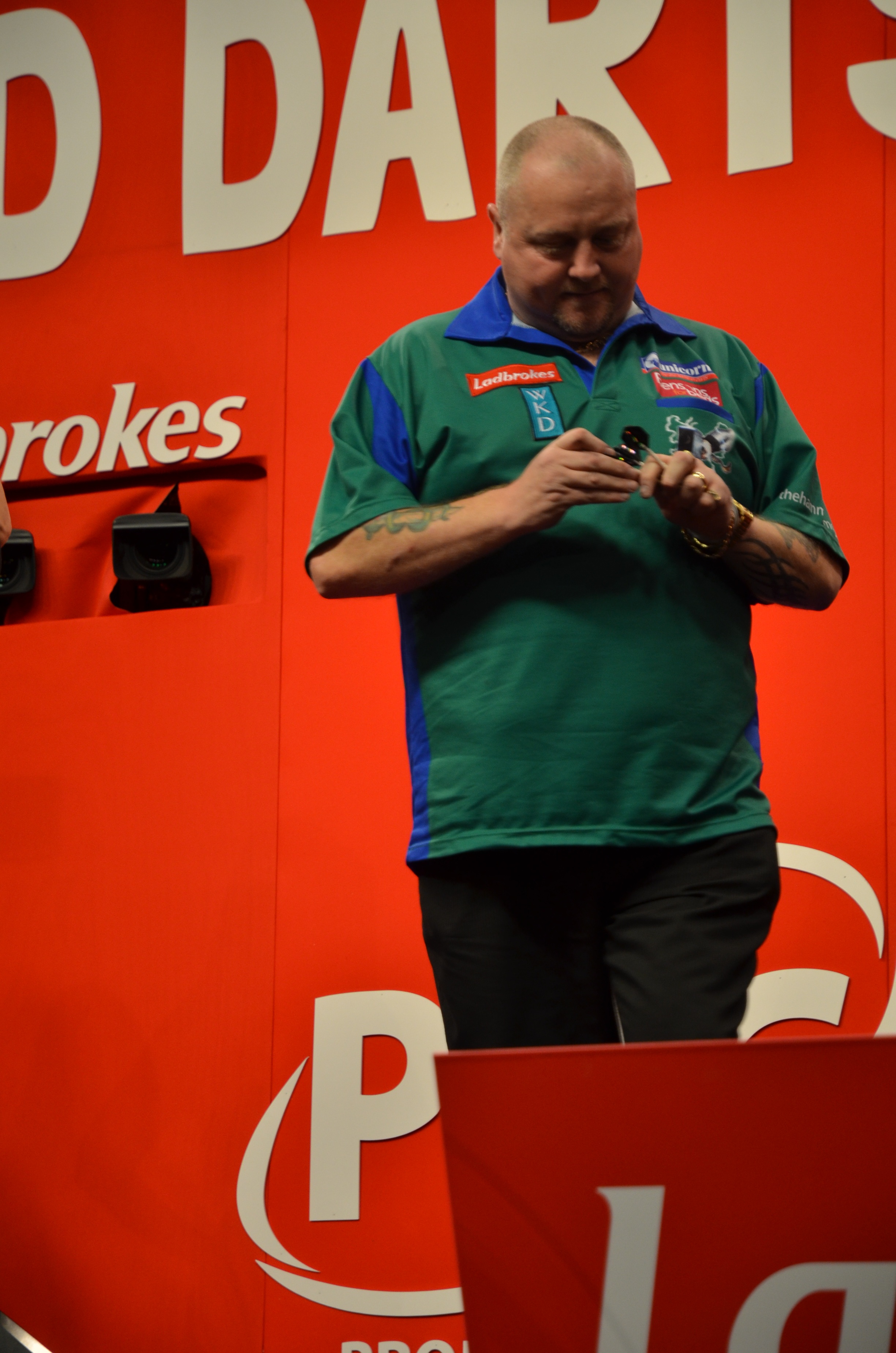 That was quite a good match...

Oh yes I am happy with that. In this short format everything can happen. This match went in my favor and Brendan had the problems.

I really love it and I missed playing it those last two years. I am the only player who was twice in a last leg shoot out - well that was not really good for me but the crowd loved it.

Andy I always wondered when reading you biography that you had not enough self-confidence to play competitive darts for 20 years...

But that's really true. I watched all those top players on TV and felt rather tiny. So I only played locally, league, super league and county.

And what then helped you to finally join the PDC?

I qualified for the UK Open and thought I might give it a try.

But you never played BDO?

No, I never wanted and after I had tried the PDC I never again thought about it.

You come from a darting family?

Yes. My father was my main inspiration. He played locally like I did. County and super league. He taught me how to play when I was 14 or 15 I do all this for him now.
We could have built our own team Hamilton: father, brother, uncle, aunt and me! 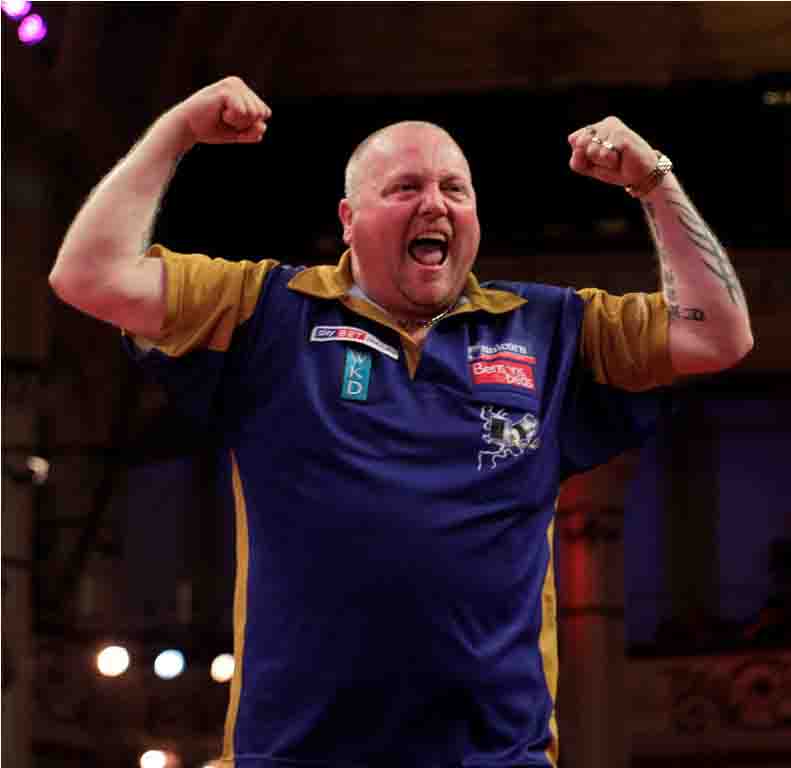 And who was the best?

You started rather successful into your PDC career, then followed some quieter years and since the World Match Play 2011 you seem to be almost unstoppable - did you change anything?

No nothing really changed. You sometimes have such phases. It's like being in a tunnel. It was a rather long tunnel but I came through.
Two years ago I even thought about taking a break.

Does a break help?

Well, probably not...I think it probably would be rather difficult to get back in again.

In your first years on the circuit you practiced a lot with Phil Taylor - why did you stop?

It was a rather frustrating experience and it didn't help my game nor Phil's game either.

Was there anything at all you learned from him?

I think I learned a lot about dedication.

And now you practice with Colin Osborne?

Oh no - that was around three years ago. Then I moved for two years to Derby but I am back in Stoke now again.

Why did you return?

Stoke is where I come from. I just wanted to be back home with the family.

Stoke - on - Trent seems to be quite a hotbed of darts - is there a reason for this? 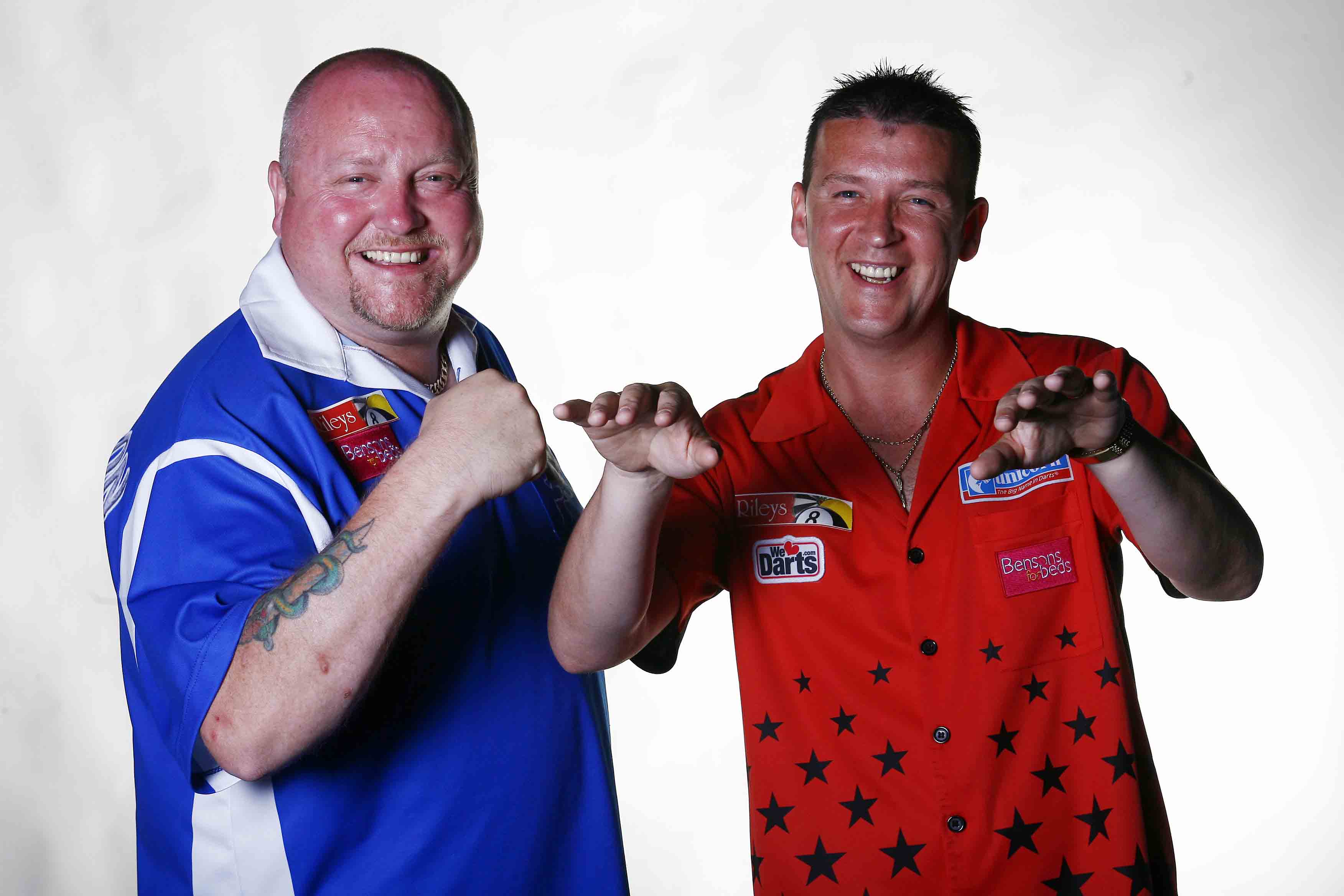 I have no idea but it always was like this - even when I was young. We really could build an own county team - a stronger one than anywhere else. But as most of us play in the PDC we are not allowed to of course. Might be it is because Stoke is a working class town and everybody played darts.

Are there some young players as well?

Oh yes, we've got some. I know of two who play on the Youth Tour.

Have you always been such a strong scorer?

Yes that always was the main part of my game, it's not always really high but it's very consistent. I've more to work at my doubles.

Are you home based when you play a tournament nearby like the Grand Slam and would you say that's an advantage?

No - I am not home based. I think it's better to stay away from home during a tournament. That is much better for your focus. Being at home would be too much distracting.

How much you feel travelling is affecting your darts?

It certainly has an effect. All this travelling and driving is tiring.

Do you drive yourself?

Yes, I really do.

I really loved it.

And is it for you "serious darts" or is it as some purists say more like some kind of extremely well-paid exhibition?

For me it's really serious darts and it is exactly what I want to do - to compete with the best players. You of course have to arrange somehow with the crowds.

Do you like playing on stage or do you prefer floor tournament?

I love it on stage. And I would love to play every match on stage. Those floor tournaments mean very long days and are very tiring. One match a day - that's great!

You are usually accompanied by your wife to the Majors - how much means her support to you?

It means a lot to me and she really is a support. You to be sure know one says behind every strong man there is a strong woman!!!

And fans - are they a support or can they be a nuisance?

Well - they can be both. But what you really have to get used to is the noise. That's the real problem. But focus helps to blank it out.

What do you do to put defeat behind you?

Of course that is not easy. I sulk usually for a few minutes - that's all. And then I can't await the next match.

Have you got hobbies or interests outside of darts?

Oh yes, you have to do other things outside of darts! I myself read quite a lot. I play a little bit of golf though rather badly and I love watching soccer.