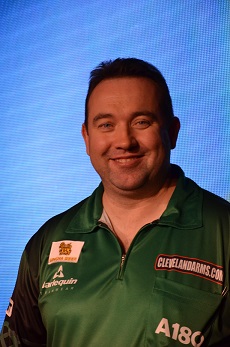 Northern Irish darts player Brendan Dolan became publicly known when he threw in 2011 the first televised nine-darter in a double-in tournament - the PDC World Grand Prix in Dublin. To this refers his nickname "History Maker".
Before Dolan joined the PDC in 2002 he already had been a very successful youth player and had played later some years with success tournaments all over Ireland. Since 2009 he took part in every PDC World Championship. 2013 he won his first Pro Tour event. He is getting more and more consistent and by now has established himself in the PDC Top 16.
In the PDC world Cup Dolan was from the start part of the Northern Irish team, most of the times he played together with Michael Mansell. In 2014 the team reached the semi-finals - till now the best placement - where they lost against the later champion Netherlands despite Dolan winning his single match against Michael van Gerwen. 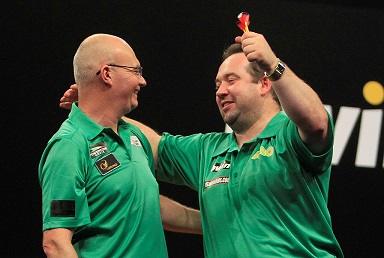 You won your first competition when you were 12 - how popular was darts at that time in Northern Ireland?

It was far less popular than it is now. Today there is much more darts on TV and one of the results is that much more people play darts.

Who were your darting heroes when you started to play?

I had only one: Jocky Wilson. When I was small I had difficulties to get my darts to the board and I "learned" his snatch by watching him. When I grew up I didn't use it any more as I didn't need to.

Is it true that even the dart playing youth was divided in Catholics and Protestants?

No, it's not like this. That was one of the reasons I started to play darts - because no one ever asked you about your religion. It just didn't matter.

Are you the only darts player in the family?

No, we are three brothers and we all play darts. My younger brother doesn't play as much now as he did. But we are all very good!! 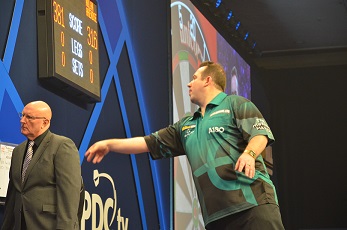 You were a very successful youth player - what did happen in the years between being a youth player and your first appearance in the PDC in 2002?

That's true - I was very successful. And I didn't stop playing - I played on and travelled all over Ireland playing and winning tournaments. I think it was 2000 or 2001 when Peter Evison saw me play - a mate of mine had brought him - and Evison told me I should join the PDC.

How is darts organized in Northern Ireland? Similar as in England?

It is very similar as in England. The only difference is that in England one can play every evening somewhere - that's not possible in Ireland.

Where you ever nominated for the Northern Ireland national team?

Oh yes, several times. I played the World Cup in Australia and the Six Nations Cup.

In your first years in the PDC you never played the complete circuit...

It was just too expensive for me, it was a financial problem.

A few years ago it didn't look good for your career at all but then you found a sponsor?

Yes and by than I had earned enough money to last for some years. All my winnings I use to finance my dart playing. 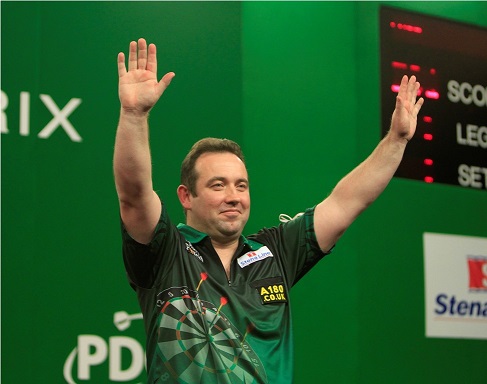 How difficult is it to find a sponsor and do you think it is even more difficult for a player from Ireland?

I think in this financial situation it is difficult for everybody. Not many people want to invest in a dart player. Might be it is even a little bit easier for an Irish player because an English sponsor thinks it could help to open the Irish market for him.

Is there some kind of exhibition circuit in Ireland and do you play exhibitions yourself?

Do you still work and what is your profession?

No, I am a full time pro by now. I used to work with my brothers which made it easy to take time off. I am a carpenter and painter.

You have to travel a lot to play the circuit - more than the English players - is this a disadvantage?

Yes, one could say so. It costs both more time and more money. While English players might be able to arrive on the day of the tournament and leave directly after I have to arrive a day earlier and can't leave before the next day.

There are not really many players from Ireland who play the PDC circuit or on the PDC Youth tour - why?

I think it is the finances. But there really are a lot of good players in Northern Ireland and we've got some really good upcoming players as well - for example Daryl Gurney.

I practice around 1 and a half hour a day and once a week with two mates for 4 to 5 hours. I don't like practicing too much. I think it is boring. But the time with my mates is okay. 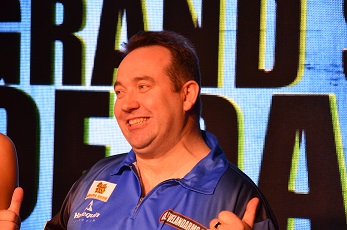 Do you think being a good darts player has more to do with talent or with hard work?

Well, that's difficult. I would say there exist both kinds of players. I am more a worker while for example Adrian Lewis and Gary Anderson are the talents. I need to practice before a tournament game, Gary can appear five minutes before and win. But I think practicing might help to more consistency.

Have you got some kind of practice schedule?

Not really a schedule. What I practice does vary - as I said practice is somehow boring for me. It's always just me and the board whatever I do... I practice most during tournaments in fact.

You seem to play as good on floor as on stage...

I had some problems in the past time during floor tournament. There were often single loud noises which made it difficult for me to focus. Now that the access is restricted it is much better for me.

Oh, I love it. The bigger the crowd the better I live up to it. And the noise - I have no problems with that as long as it is always on the same level. Otherwise it gets difficult. 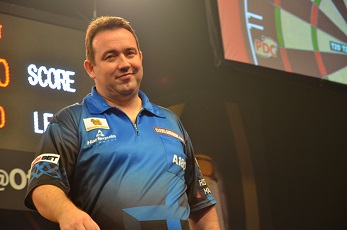 Was slowing down your throw the key for your success?

I think that definitely was the key. I found out during practice that it somehow works better when I throw slower - and it really works!

Was the change difficult?

It was very difficult...

And do you sometimes still fall back in your old habit?

It happens from time to time - especially when I play against fast throwers.

Have you got any hobbies and interests outside of darts?

Not really - at least at the moment. I used to play football and Gaelic football but I am no longer fit enough. But I'll take up running again!!! 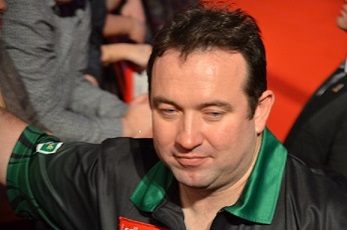