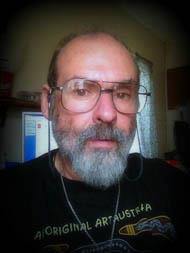 
When was the WDDA founded?

The WDDA was founded after the WDF approved the lowered board height for wheelchair players.

With which purpose was it founded?

I wanted to make a commitment to the WDF in aiding a smooth transition of wheelchair players into mainstream darts. Having worked as a darts administrator I felt it was important that a central body be established that was sensitive to the complexities of expanding our sport without causing unnecessary difficulties for mainstream darts.

How is it organized?

WDDA is central a contact point for information, mediation, and advice on the new ruling. We can also offer information on equipment and will hold inclusive events periodically for all levels of disability.

Who can get a member? Individuals, organisations, countries?

Anyone, any organisation, any country can become a member and membership and advice is free. We have a panel of experienced administrators who can help with most queries.

Can really everybody get membership or only disabled people?

Anyone. It is equally important that those without disability understand the opportunities for those with.

Is there any membership fee? Or how is it financed?

There is no membership fee. What income we receive comes through the sale of our merchandise which also helps promote the opportunities for participation.

Players from which countries are already members?

Australia, UK, USA, India, Pakistan, Nepal, Holland as well as some others. 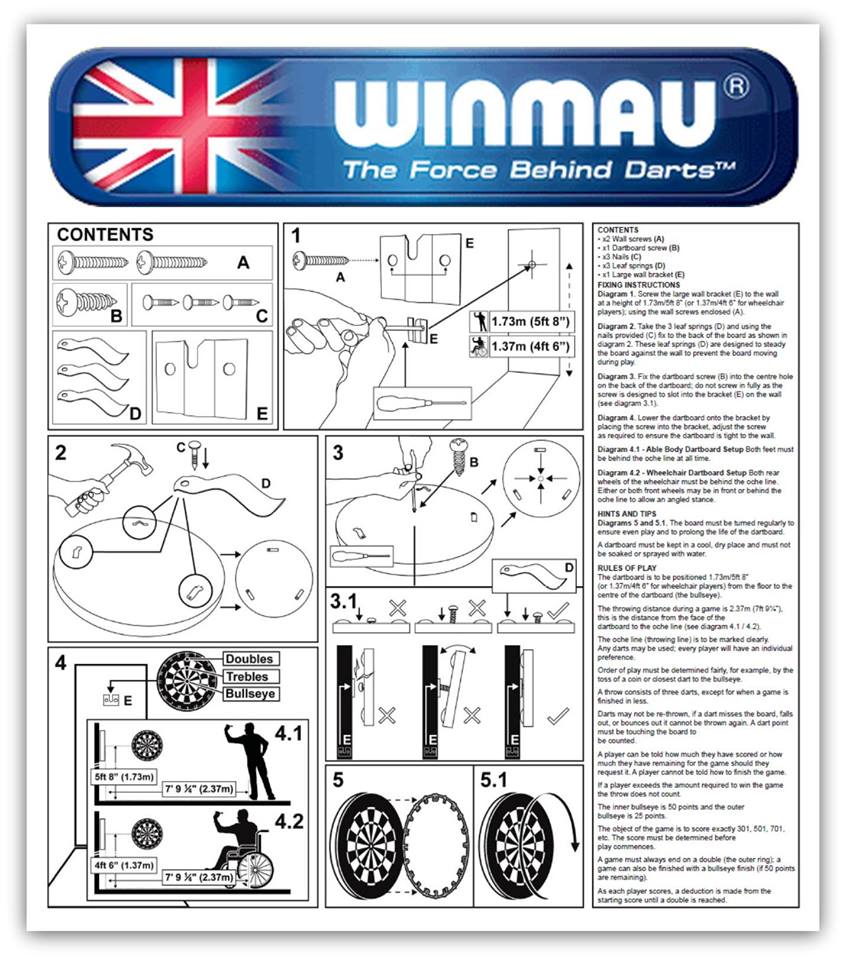 Do you look after members with all kinds of disabilities?

WDDA has equipment that allows participation by people living with most disabilities. Our events include the range of equipment to include as many disabilities as possible.

Have you got several branches like wheel chair darts or darts for people with cerebral palsy - something like that?

Yes there are a range of challenges that are presented depending on disability but people are very good at adapting once an opportunity is given. We are about given the opportunities and assisting where we can with a range of equipment that allows participation. The Satellite is equally challenging and enjoyable and can be played by nearly everyone safely.

So will be offered different kinds of practice or rules depending on the disability?

For participation in mainstream darts the rules are already clear and in place now. For our own wider range of events to allow for greater inclusion there will be classifications and equipment that has some different rules to allow participation. All rules are fair even when a mixture of players with a range of disabilities are competing against each other.

Do you in any way discern between steel-dart and soft-dart?

The Wildfire equipment can accommodate either or both boards on the one dart frame and therefore enables any combination to be used in the same game. Soft tip holds great potential for players with disability and those promoting soft tip events should think about the lowered board rule now.

Are there plans for tournaments - regional, international, nation?

Yes our first multi-disability event was held last month in Victoria Australia and its popularity has seen another scheduled for September. We hope to establish regular events worldwide and can assist others to hold similar.

Has the organisation plans with online matches?

Is it a goal that disabled and not disabled players will play together in leagues? Or would it be from your point of view better for the disabled to play separately?

Those who can throw a dart safely were already allowed to play in leagues in most countries otherwise they were discriminating, which is illegal. With the new lowered board height it simply makes participation fairer and encourages a wider section of our community to socialize within a supportive sporting environment, which is beneficial to everyone. 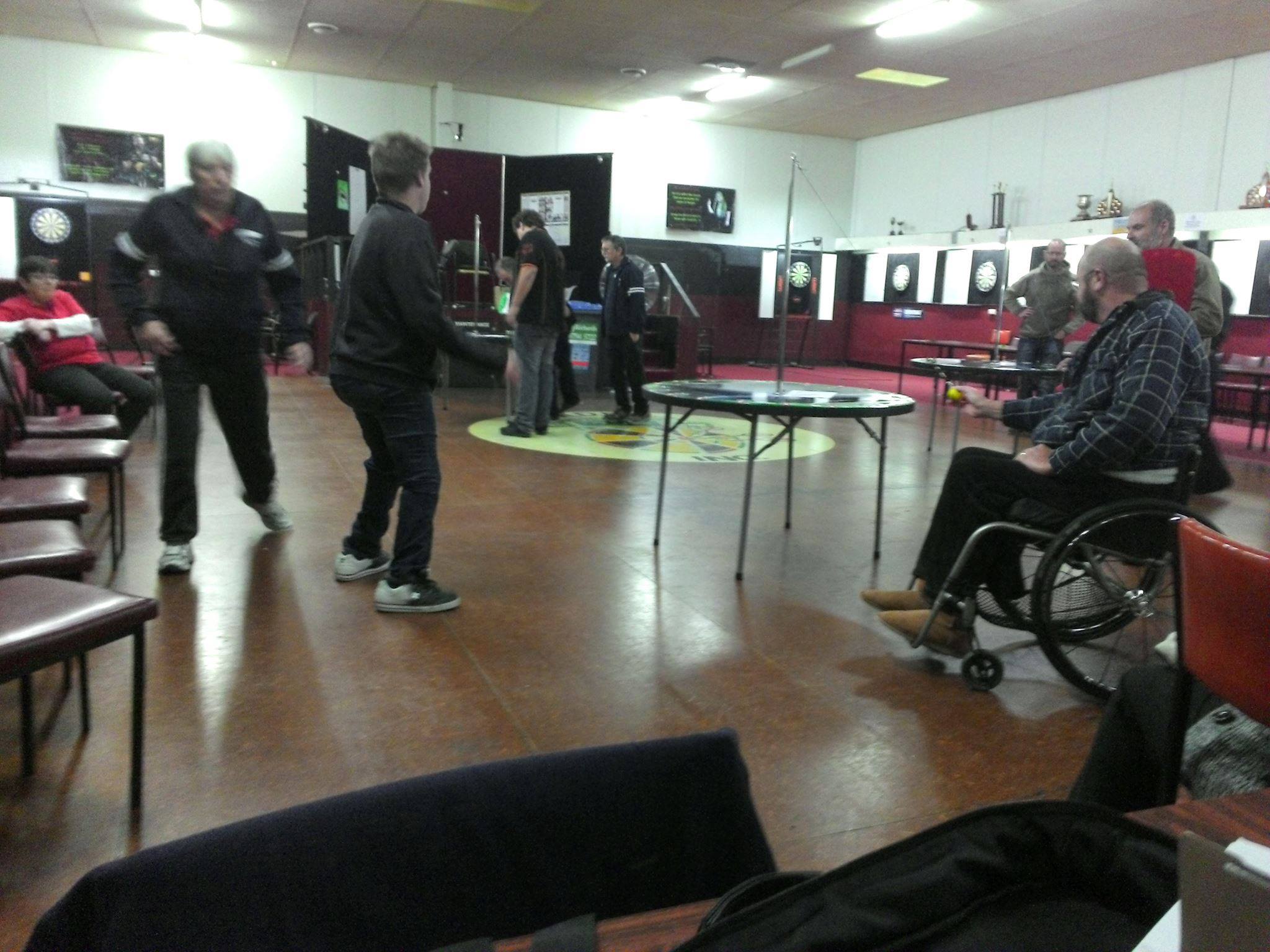 Would you think one can mix men and women or are their issues with disability different?

I see events being exactly like mainstream darts once participation numbers allow. To separate the men and ladies is unnecessary at present at our mulit-disability events.

Perhaps you can introduce your board and tell us a little bit about the members and their work?

We have an international Board of twelve Administrators. All have been invited because of their experience in a wide range of darts and disability related areas. Our Board members volunteer their time for a 12-month period after which some of our members may change to bring in new or more sought after skills. Our Board number will always remain as 12 and currently consists of people who have been active and well respected in their particular area of expertise. Enquiries may be directed to any Board Member through the one contact email address. WDDA is unique in its structure and has a determination to maintain integrity and the most helpful support for those coming to us for advice. Go to our website to see who may be able help you the most with the nature of your enquiry.

Do there already exist organizations for dart players with disabilities like wheelchair darts in Australia in other countries?

There have been very few. Nepal has had a wheelchair program going for a year or so and Winmau are now working with Dinesh Thapa (one of our Board Members) Founder of Nepal darts Association to help expand interest there. The new ruling is opening many doors for sponsorship and partnerships.

Is the WDDA only a sports organization or is integration an important topic as well?

You need to understand that the WDDA exists primarily to aid the integration of those with disability into a sport that holds so much potential for therapy, rehabilitation and social interaction. Integration and inclusion was why the campaign for the recognized lowered board height started initially, the WDDA is in existence now to herald in the new era as smoothly as possible.

Winmau is a sponsor of the WDDA - have you got other sponsors and what exactly do those for you?

Winmau has been very supportive from the start and they are currently our sole dart supplier. Working with a company that has the integrity that our cause demands is vitally important. I personally met with Winmau to discuss our approach to players with disability and they were more than willing to work with the same goals in mind. In general we ask for nothing from anybody and in that way we cannot be pressured to compromise. WDDA must always remain non-political and focused on those coming into our sport. Politics and personality clashes hold no interest to those new to the sport. Becoming caught up in such things only robs one of the enjoyment darts offers.

Are you a member of the WDF?

WDF Members are nearly all countries with the exception of the BDO. In all respects we access and work in line with the WDF and have the support of the WDF and BDO.

Do disabled dart players get any BDO/WDF ranking points when they take part in tournaments? Will they get an own ranking? And is it a goal that at one time wheelchair or disabled players will be part of the national teams or can take part in the Winmau World Masters?

Our own events do not carry BDO/WDF ranking points at this stage. We encourage wheelchair players to enter mainstream darts events and avail themselves of the new ruling that has been so strongly campaigned for.
Winmau, the BDO and WDDA are working towards wheelchair representation in the Winmau World Masters in 2014.

How many members have you got by now and is there a lot of interest?

Numbers are climbing all the time and many attend our events and support our activities without taking up the free membership. In the end member numbers are irrelevant, it's the number who interact with our organisation that's important.

Have you got any idea how many dart players with disabilities live around the world?

That's a difficult question since until last October most with disability excluded themselves from the sport because of board height. What I can say is that approximately 20 percent of the world's population has some level of disability. Of those who try darts for the first time 99 percent would like to play darts again. When you do the mathematics we are talking huge potential for darts to increase in popularity many times over.

Will there be a youth section as well?

Once numbers allow for such divisions there will be.

In which way does the organization try to spread the word?

The campaign has had the support of many during the years leading up to the WDF ruling last October. Social media, disability organisations and individuals have helped spread the word as have radio and television stations. Mostly we rely on dart players to help get word out there and they have been most supportive.

How are people able to support the WDDA?

Purchase a WDDA Friendship Badge, wear it with pride and tell others about what we are doing.

You've got a coach in your board - what and whom is he coaching?

We have several Coaches on our Board. Ian our wheelchair player is a wonderful person to help those coming into the game as a wheelchair player. Ian attends our events and displays where possible and gives his perspective as one who returned to the sport after MS saw him give up 15 years ago.

I've read you already developed special equipment for people with disabilities: the Wildfire 137 Dart Board frame and the Satellite magnetic table. Could explain us for whom those were developed and how they work?

The Wildfire Dart Frame holds two dartboard, official wheelchair height and standard height, one on each side of a rotating backboard. This design enables a wheelchair player to play in direct competition with a standing player. The WDF found that the Wildfire design met all criteria for a fair and equivalent match in mainstream darts.
The Satellite table is a 1.2mtr diameter table with a design on its surface proportional to a dartboard. Scoring is achieved by swinging a magnetic pendulum that attached to a central mast as it rotates around the table it is drawn to the side of the table once close enough by the metal edge of the table. The pendulum clicks to the edge and a score is indicated by the leather cord. The table is lightweight requires, no electricity, assembles in seconds enables a wide range of abilities to compete against one another. Each player has ten (10) swings of the pendulum consecutively to get as close to Zero as possible with the tenth swing, the remainder is what the next player to the table must beat by getting closer to Zero. WDDA has special medallions and a ZERO badge which the equivalent of a 180 badge in darts.

Where one can buy the badges?

And where the Wildfire and the Satellite?

All enquiries for equipment can be made through our website and through contacting Winmau. 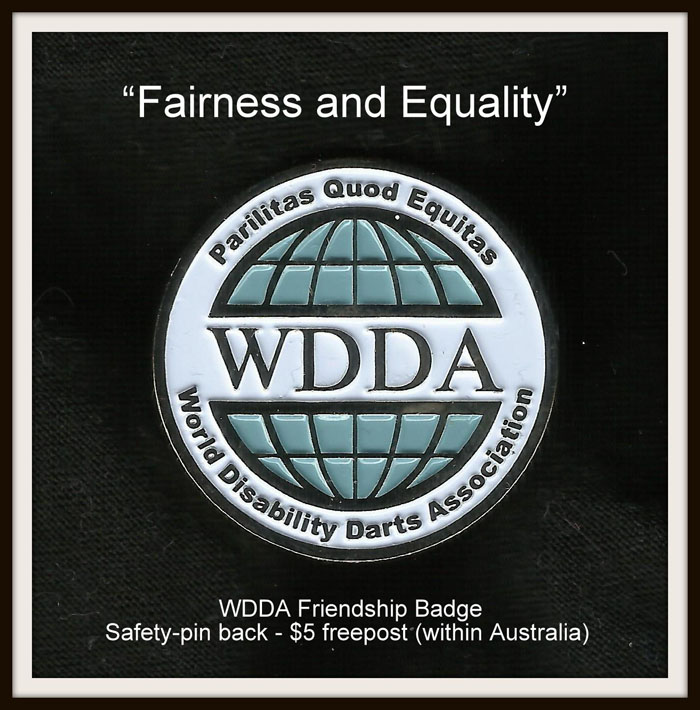