The 45 years old Scotch Mitchell is already for some years one of the well-known faces on the BDO stage which he enters to "Who let the Dogs out" by Baha Men. In 2009 he won with the England Classic and the Sunpark Masters his first tournaments and in 2011 he for the first time stood on the Lakeside stage of the BDO World Championship. His most successful years till now were 2014 and 2015. 2014 hadn't started really well - he once again lost in the early stages of the BDO World Championship but from there he collected tournament wins during the year and entered the BDO World Championship 2015 as the number 4 seed. He progressed from round to round though some of the wins were rather close. In the final he met three times Lakeside World Champion Martin Adams and another close match unrolled on the prestigious stage. After a 158 check out against the throw in the deciding set Mitchell was World Champion.
2015 brought some more wins though due to all the World Champion razzmatazz and his job Mitchell couldn't always find enough time for the practice board. But when the gardening season ended Mitchell picked up pace and seems to be well prepared for Lakeside 2016.
I conducted the following interview with Scott Mitchell during the Grand Slam 2015. Scott, was it clear to you from the beginning you would accept the invitation to play the Grand Slam?

Without a doubt. There was a message from Barry Hearn around 10 months before the World Championship that the winner and the runner-up would be invited. So I was some kind of prepared for the invitation.

Oh yes, I enjoyed it very much. I've been here in Wolverhampton to watch the tournament several times over the last few years. I enjoyed it as a spectator and of course I knew what to expect as a player. I think the PDC does a great job with it.
I've visited the Premier League as well and I enjoy that very much. I feel it's a great idea that the PDC brings all those top players to the people around the country with Premier League.

Your first appearance as a darts player in a big tournament was in the UK Open 2007. Why did you decide to join the BDO and not the PDC then?

Well till that time I only had played locally. I never had thought about joining either of the organisations. But after the UK Open my boy said to me I should try and play the BDO circuit otherwise I would regret it one day.

What would you say today - was it the right decision?

Absolutely - I never regretted it - that's very important to make decisions and not to regret what you've done. 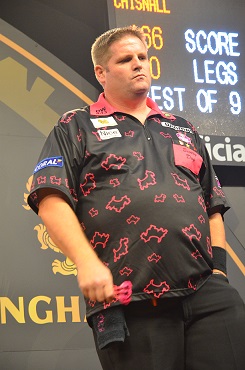 Can you imagine now switching to the PDC?

I can imagine it. It only has to be the right time for me and my family. We all should back the project.

When did you start to play darts and did you ever play BDO youth?

I started as a child. My parents often met with friends and played darts and of course we children wanted to play as well. So we got our own board in the right height. But I never played BDO youth or BDO till 2007.

You are very much in sport; you played football and motor cross .

I drove motor cross till I got too big for it. I couldn't do it now any longer. Yes I really love sport.

Is darts nevertheless a sport for you as well?

I think of darts as a sport.

Are you a very competitive person?

You are no full time pro - you work as a gardener and farmer. Does this bodily hard work affect you darts in any way?

It really does. So before important events I usually send my father or other family members to do my job. I would have no chance would I play in a tournament after I've cut the lawn for a client. 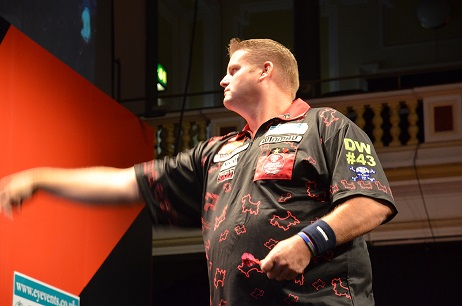 Would you like to be a professional darts player? You would have to give up farming than of course...

Of course in some way I would like to be a professional darts player. But my dream always was to own my own farm - and that's a dream I never give up.

How much time do you have to practice beside your work?

I try to practice two hours a week.

What do you practice?

You work with a sports psychologist? What exactly does he do for you?

It has all to do with mental strength. I've met him several times and got from him a tape I listen to when in bed. It's called short hypno and it works on your subconscious. For me it certainly works.

The Darts Performance Centre is just around the corner for you - have you been there as well?

I've visited some of the events Paul organised. He's really good I can tell you - he saw immediately that I always move with my last dart. I never had realized it. And it's obvious it helped because now I am a World Champion.

Well - the money did. I could by my father a new tractor for his farm. 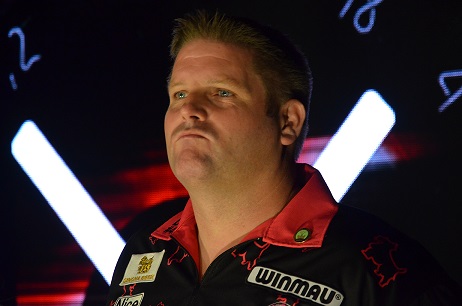 It took you around seven years on the BDO circuit till you really started to make an impact.

Oh yes - I would say I am certainly not a fast learner. It always takes me quite some time when I start with something new.

I love it. I would like to play all my matches on stage.

The BDO no longer has chalkers on stage - the PDC still has. What do you prefer?

I really prefer the chalkers. And I sometimes think the referees probably would prefer chalkers as well. It's very lonely and empty on the big stage without the chalkers.

At this time of the year there are a lot of tournaments culminating in the World Championship - is that all stress?

I can't say I feel it is stress. I really enjoy that. But I am very lucky it is in the right time of the year as there is not much work for me outside of darts in gardening or farming. I could never do it would it be in spring or summer when it is peak season for gardening.

Is the World Championship you favourite tournament and who will win it next January?

Of course I will win it again. It is my favourite tournament as it is the one I always watched from young age. 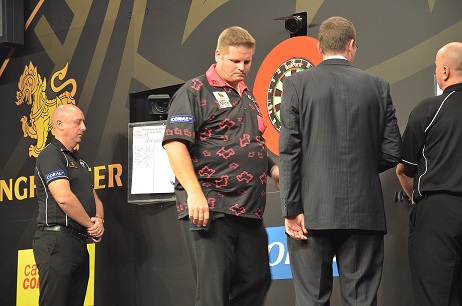 Would you say the youth is still interested a lot in darts?

I think there are probably too many other activities on offer now-a-days. But both my children play darts as well. My daughter is a good player playing league and super league.
My son plays as well but not so openly -he doesn't want to be linked too much to his "famous" father.

Did you teach your children yourself?

Yes - I thought them the basics. I enjoyed that very much. I always think of all those new academies for the youth around - that's something I could co myself as well when I will end my career.

Did you have any idols or role models when you started to play?

I had in fact two: Bob Anderson I admired because of his attitude and Bobby George because of his show and all the bling. I know them both quite well by now - we do exhibitions together.
Only recently I beat Bob Anderson in an exhibition match and he remembered he had beaten me when he was the World champion and now I've beaten him as World Champion.

You sometimes work as a darts commentator for the BBC - how did that happen and do you like it?

I've known Dave Lanning for a long time - he lives quite near me and always admired his work.
I think it started in Lakeside and at that time Tony O'Shea and - I can't really remember who it was - but those two sometimes worked as co commentators. But they were drawn together and the BBC asked the players who could imagine giving it a try as well. Most denied and in the end they asked me and I said yes.
I really enjoy it and I think being a player makes me a better commentator as I can see things like body language better than a non-player and of course think about the scoring like a player and things like that.

Have you got any other hobbies and interests outside of darts?

Oh yes, I still love other sports especially motor cross and I go to a motor cross event every week. 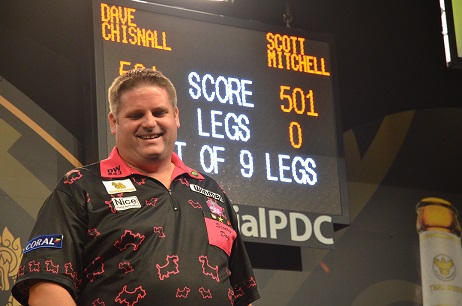