Wes Newton, born 1977, is one of the younger players on the PDC Circuit which he joined in 2004.
He started to play darts as a youth, his father Colin is a successful darts amateur. As a youth he played a lot together with his brother Dale and sometimes with his cousin as well.

In his first years on the circuit he was not really successful despite reaching twice the semi-finals of the Las Vegas Desert Classics 2005 and 2006. It looks he's a great Las Vegas fan anyway as he took part already several times in the Las Vegas Open, an ADO sanctioned tournament. 2007 he won together with John Part the doubles and the open cricket doubles and in 2009 he won the singles title.

Till 2011 he moved up the PDC rankings and now stands on 6. place. He reached this by winning several Pro Tour events and by playing himself into the quarterfinals of the PDC World Championship 2011and the World Matchplay 2011.Beside this he stood in his first Major final - the final of the UK Open. In 2011 another occasion changed his life as well when in June his first child, son Fraser Wesley, was born.
2012 he won the first qualifier for the UK Open in Bolton and at the moment is ranked second in the new PDC Pro Tour Order of Merit. 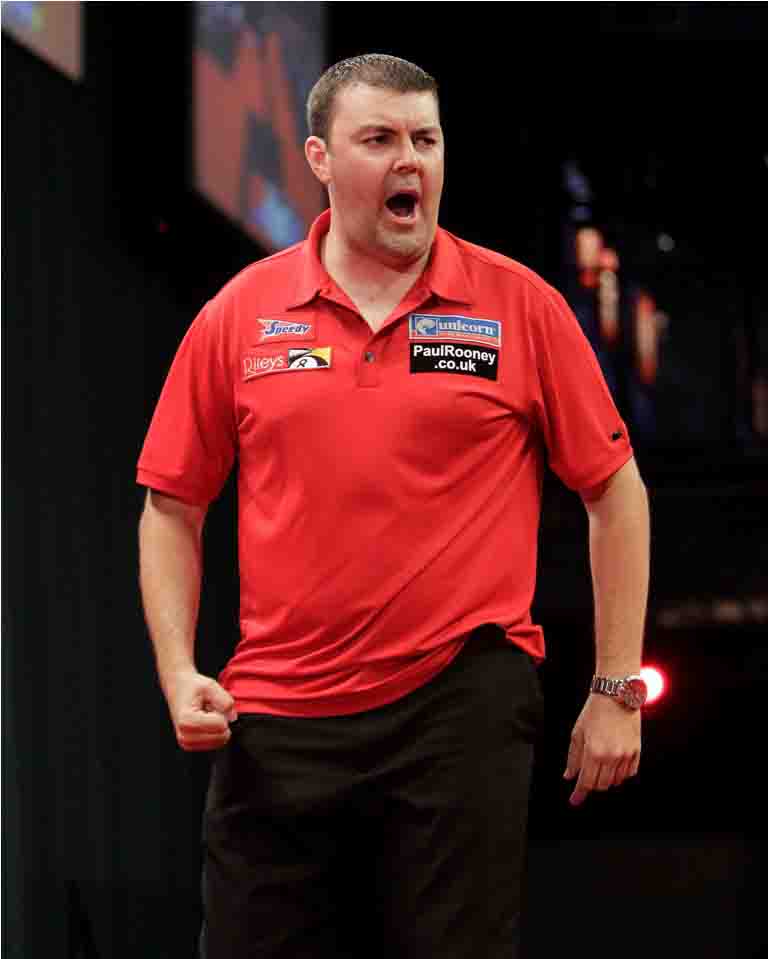 Wes - you come from a darting family?

Oh yes!! My Grandpa had a board and my brother and me we always went there to play.

And who was better - you or your brother?

Why and when did you decide to play PDC while your brother never did?

Well I had a sponsor and he said: Would you join the PDC I would sponsor you and so I did. My brother lost it a little bit at the same time. He now plays again locally but he never thought of playing BDO or PDC.

Did you ever play BDO?

I played County for Lancashire but never on the BDO Circuit.

During the last year you started to make a real impact in the PDC and managed to move up under the top 10. Did you change anything? Or how would you explain what happened?

No I didn't change anything. Only perhaps my attitude as I decided to put more time and work in it. And I think that shows now.

One hears you often practice with Barrie Bates?

And is it difficult when you have to play against Barrie knowing all the problems he has at the moment?

Well, it is certainly hard to play against him but it looks we take turns with winning even now. One time he defeats me - the next time I defeat him.

You always seem to be very sure on the doubles - do you do anything special for it?

I was always good in scoring and thought I would need to do something with my doubles so that's what I concentrated on in practice. And it starts to pay off now. 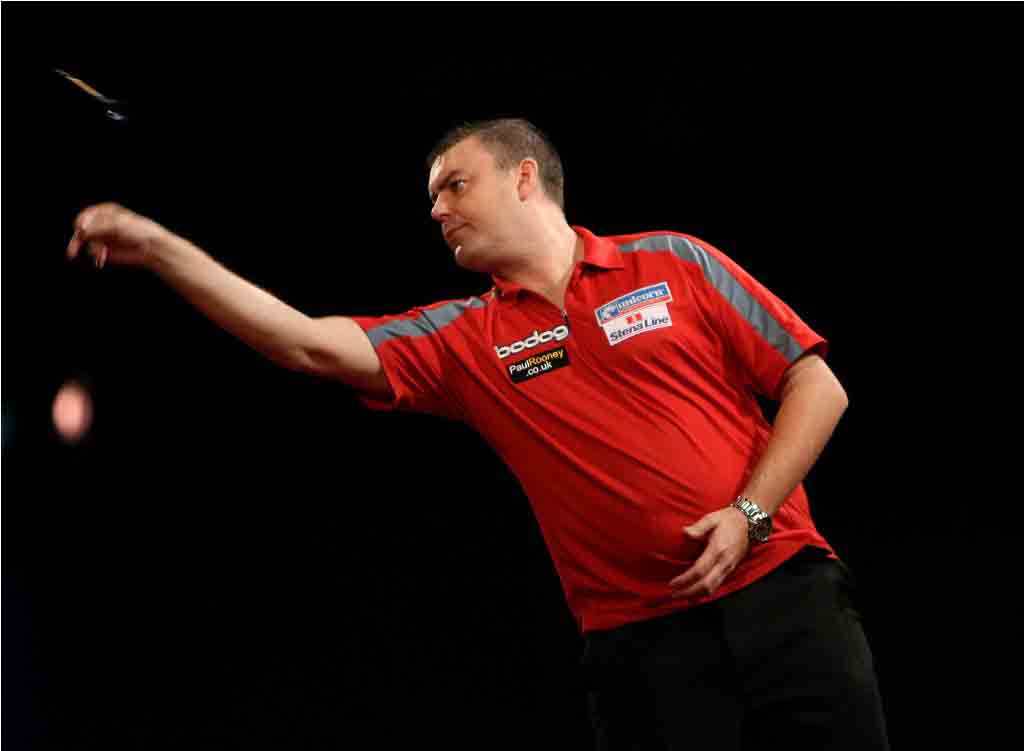 Are you a full time Pro?

Yes I am. I am a full time Pro for over two years and I earn enough money by that. I've got a great sponsor with Unicorn too.

You never look really nervous - do you feel the pressure at all?

Really? Well at least I used to be very nervous. It has changed a little now - somehow with the success the confidence grows.


As you are still one of the younger players in the PDC have you got some kind of bogey opponent?

No - not any longer. Over the years I've played everybody in all those tournaments and I defeated all of them.

Do the older, more experienced players help in any way or give advice?

Oh yes. There are quite a few who live in my region like Ronnie Baxter or Peter Manley. Especially Peter Manley really helped a lot.

Oh yes, by now I love it. When you play on stage that means you are a good player high up in the rankings and that helps your confidence. 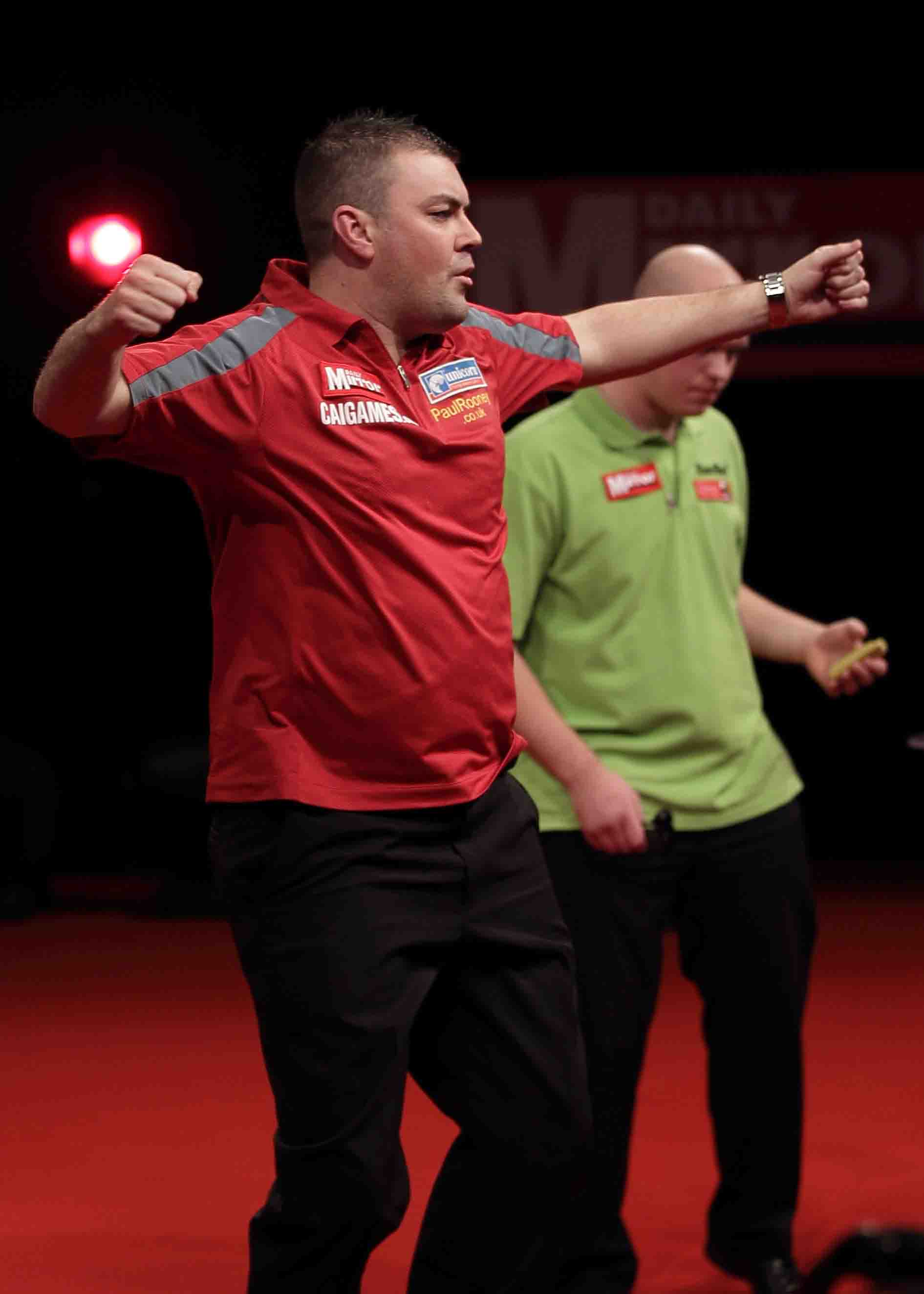 Last year you lost in the final of the UK Open and were very disappointed - how do you put such a defeat behind you?

What helps me is that I always try to remember the positive things - so for example in the UK Open that I reached the final and that I won against Raymond van Barneveld. You have to do so and to learn it otherwise it will take you very long to cope with it.

How important is it for you to be under the Top 10 and how hard is it to stay there?

It was very important for me and means a lot to me. My goal was first top 32 then top 16 and then top 10. It is really very hard to stay there. You have to play well very consistently which means you always have to put a lot of work in it.

How good do you think you could get? Do you have a goal?

I want to get into Premier League. I think I now will be able to even enjoy it. Till last year I probably wouldn't. And of course I want to be World Champion one day.

Winning, price money and fame. It gives me a good feeling when people know me, when they recognise me on street. It is a boost for my confidence.

I think scoring is my special strength while the doubles were a problem.

Are you still playing darts outside the PDC?

Yes - I still play in a local Pub Team

Have you got any interests outside of darts and still time for those?

I am interested in football- I always supported our local club in Fleetwood. Beside this I don't have much time at the moment. You see - I've got a nine month old son who really keeps us busy. But at least he started to sleep through the night after a few months! 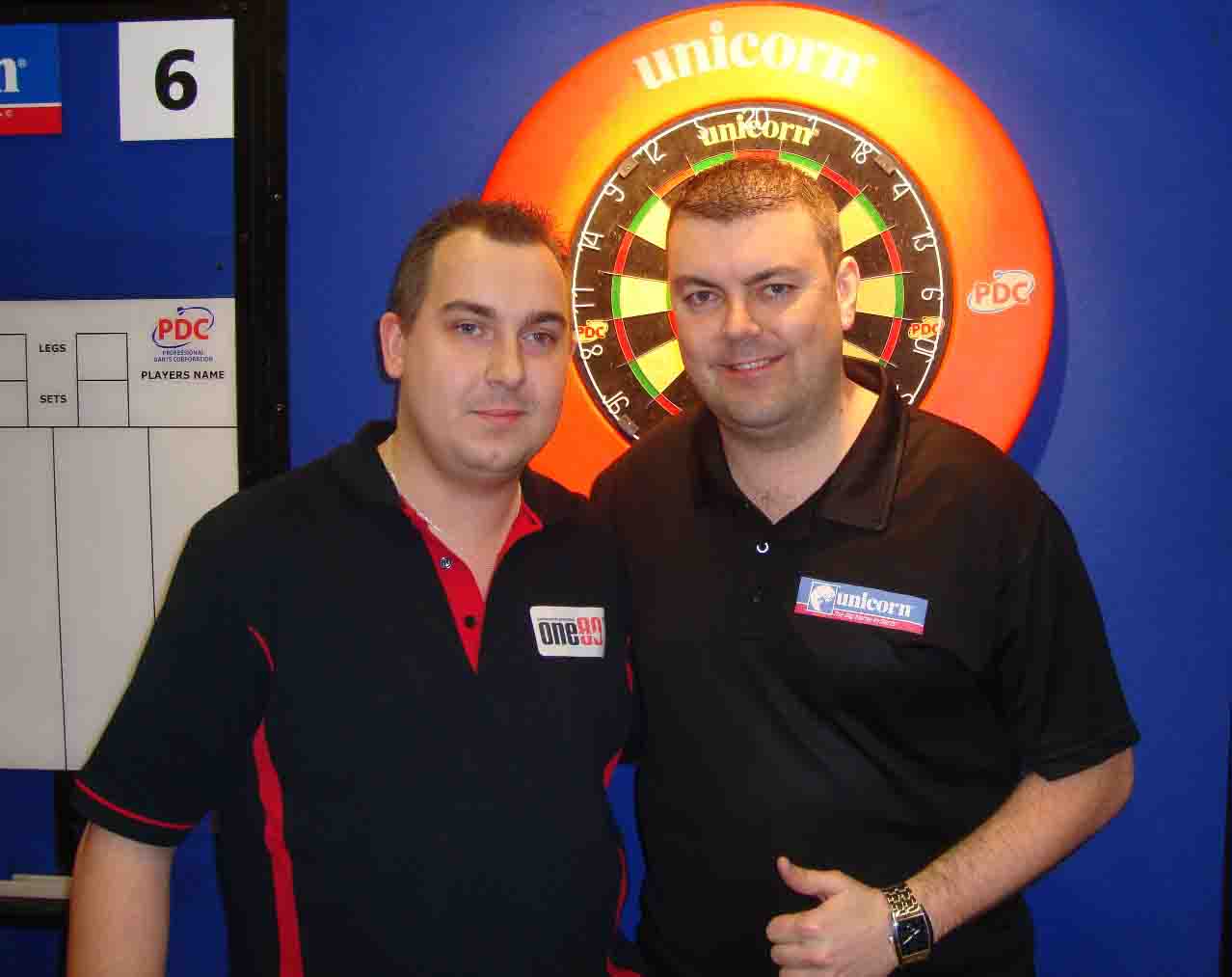