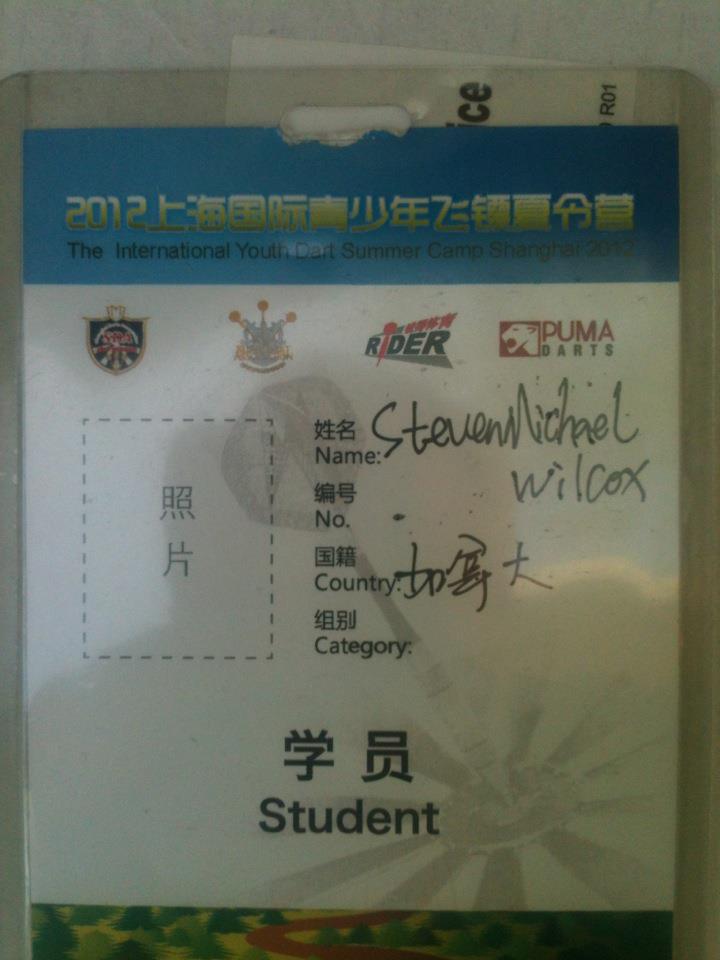 To round up the coverage of the Puma Darts Youth Summer Camp I was able to answer Steven some questions:

Was it your first long flight and did you like it?

Yes it was my first flight liked most of it. I was very scared at first but got use to it as time went on.

Where did you stay in Shanghai - was it some kind of hostel or a hotel?

It was at the youth sports hostel

Did all youth players and coaches stay at the same place?

All the players stayed there, but some coaches stayed at a hotel a little ways away 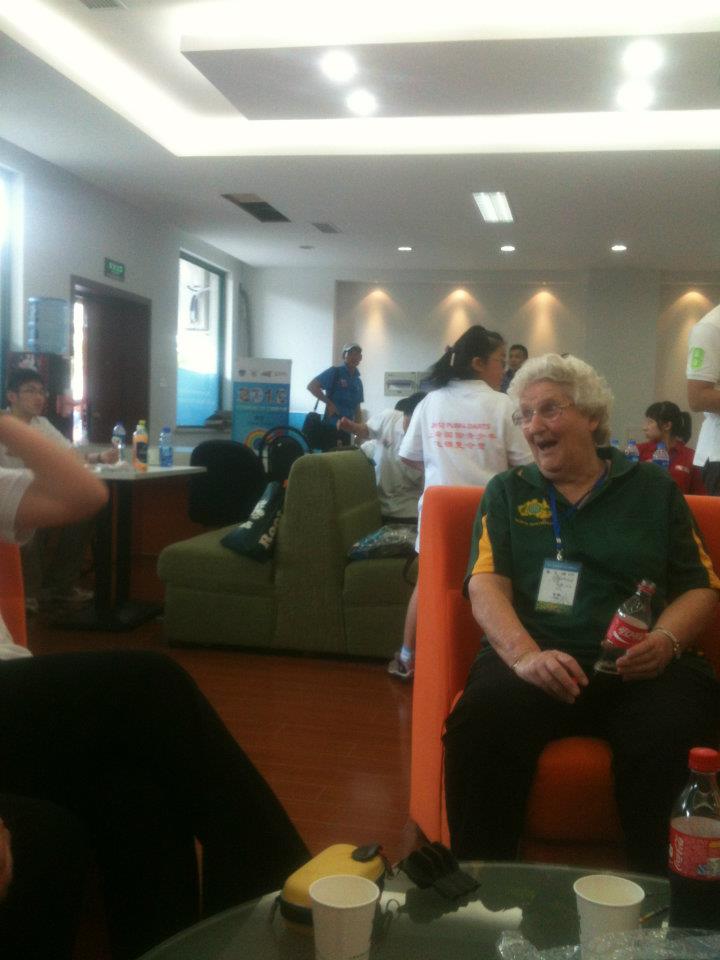 And where did you play darts? At the accommodation as well?

Yes at the location where we slept

Did the Chinese players and coaches speak English?

All of them spoke English fairly well, some not as well as others.

Had every youth player an own coach or did you practice with different coaches?

How good were the other youth players? Who was the best?

Most of the players were very good, Tyson from Australia was the best, and he hits his marks very well.

What did the coaches teach you?

Patience! And follow through was the biggest points, although I feel Sportsmanship ranks higher on my list.

Did you learn a lot or did you think time was too short?

I feel it was a good environment to learn, for beginners, for more advanced players it was more on focusing on your marks and keeping in the game.

And what was the best or most helpful you did learn?

Don't take your winning for granted, things can change very fast and nip you by the butt quick! 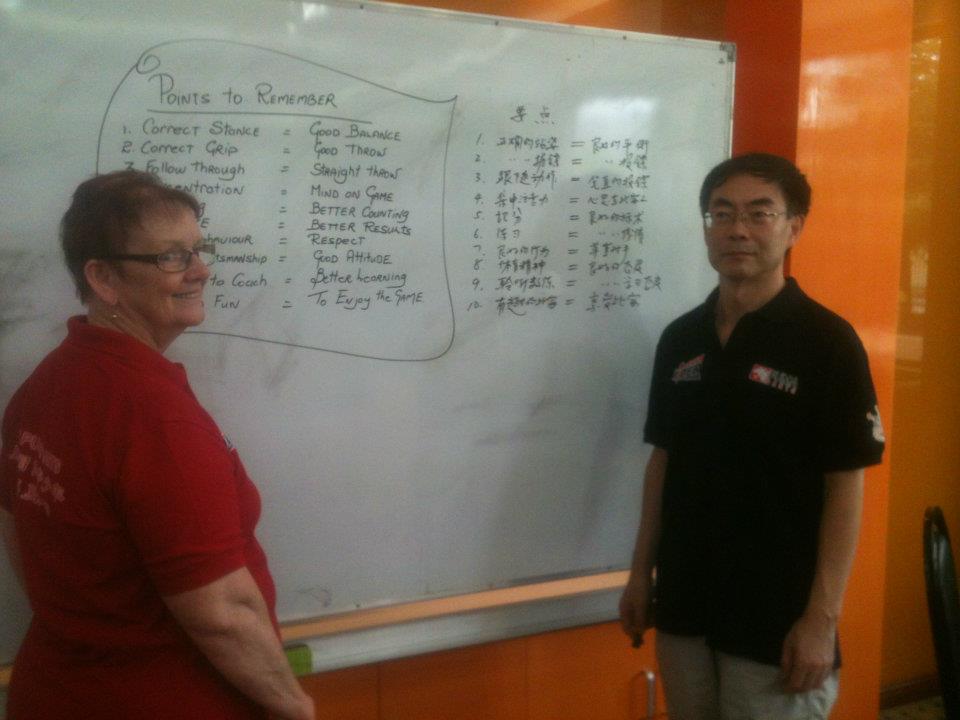 Was all the darts equipment by Puma?

All the portable stands were yes, and they had products for sale there also.

Were the coaches rather strict? Not only in coaching but in supervising as well? Had you really to get up at 6:30 every day and to be in bed at 10 pm???

No, the coaches were all really nice and down to earth, very easy going, and yes 6:30 wake up and 10 pm had to be in our rooms. It wasn't that bad because most nights we were worn out and in earlier.

What did you like best and what didn't you enjoy at all??

The whole experience of travelling over there and playing with foreign players, meeting new friends, seeing Shanghai and the way the culture is, the food I really couldn't get use to, that was probably the hardest part.

Did you make some new friends? And was it easy to get friends with the Chinese youths?

Do you think it was all in all a good experience? 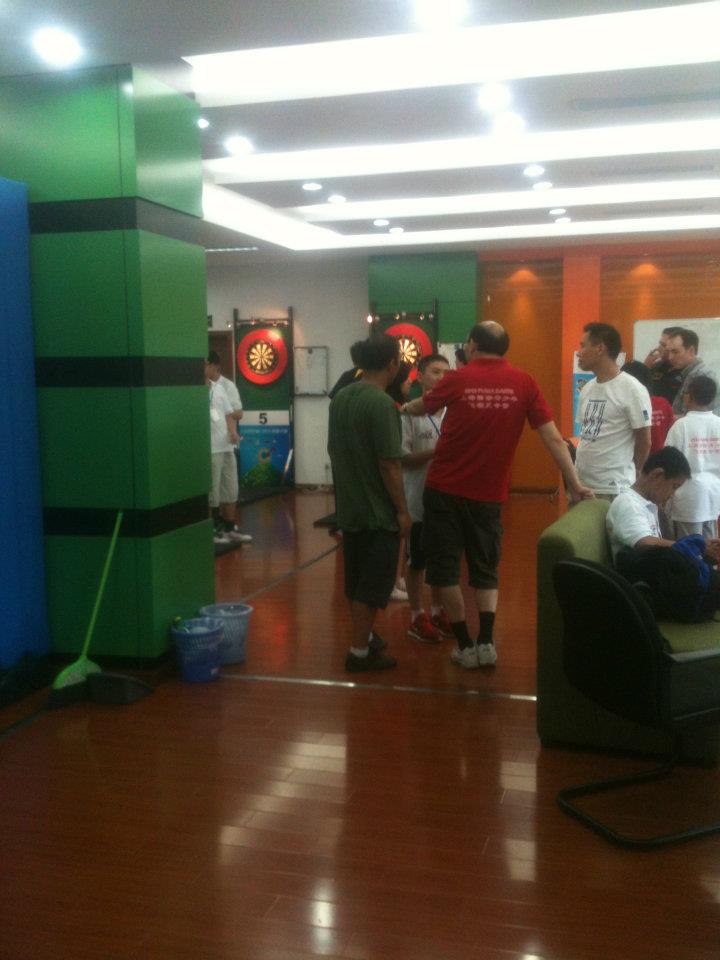 Yes, I loved it very much, as much as my dad was a worry wort, I enjoyed it a lot, meeting all the other players and coaches, everything, even the Chinese students, seeing how well they played and how good sportsmanship they have was good to see.

And would you travel there again?

I think I would, but I think this time I would take my dad, he's my mentor, and we do everything darts together, and I think he'd be a really good coach for them to because he connects with youth players so well. It was a great time, and maybe if I get another chance, yes I would love to go back and work with the Chinese players.


While Steven by now enjoys being home again and prepares for tournament weekend in London, Ontario, Ron Wilcox has got an idea: "What about a darts youth exchange??? Youth players could travel for a week in summer to a foreign country to stay there in the family of another youth player and get to know country, people and darts scene taking part in practice, league play and competition. Ron intends to pursue the project and he himself would be always ready to accommodate a foreign youth...