The National Theater of Variety 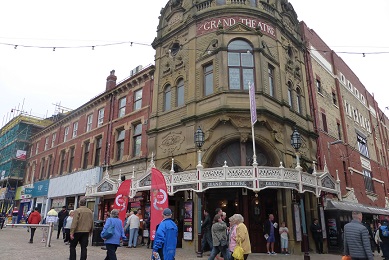 While now-a-days when you come to Blackpool you get the impression that Blackpool's popularity as seaside report dwindles from year to year it for many years' was one of the most popular seaside resorts. The upsurge began when in the 1840s a railway connection to the industrial towns in the North of England was build. The number of inhabitants grew. Piers were constructed and more and more entertainment was offered. Even before the Winter Gardens were build both the Grand Theatre and the Blackpool Tower were opened in 1894. The Grand Theatre was the first fully electrified theatre in England. Deigned and built was the Grand - as it is called as well - by Frank Matcham a Victorian theatre architect who beside the Grand built many more theatres all over the UK. The first one was the Elephant and Castle Theatre in London. Matcham had no real qualification as an architect but all learned by practical work. 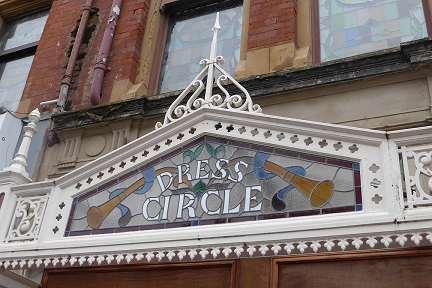 Together with two colleagues he had coached himself he built more then 200 theatres and vaudevilles among the London Coliseum and the opera house in Belfast. Not all his theatres survived but the Grand Theatre of Blackpool stayed a theatre till today. Matchham was especially successful because the first to use steel cantilevers instead of pillars so that the sight was much better and more people could filled in the theatres. The theatre manager of Blackpool had asked Matcham to build "the prettiest theatre in the country". In the 1930's the cinemas started to be a strong competition for the theatres and the Grand was used as a cinema outside the summer season. In the 1960s the rivalry of the TV could be felt so at the start of the 1970's one even thought about demolishing the Grand but by now it was a listed building and couldn't be done. For some years it stood empty before it served three years as a bingo hall before a group of private people supported by the borough of Blackpool bought it back. 1981 the theatre was reopened after some renovating. Over the 1990s more renovation was needed, often executed by volunteers from the Friends of the Grand who support the theatre till today. 2006 the Grand was nominated United Kingdom's National Theatre of Variety. 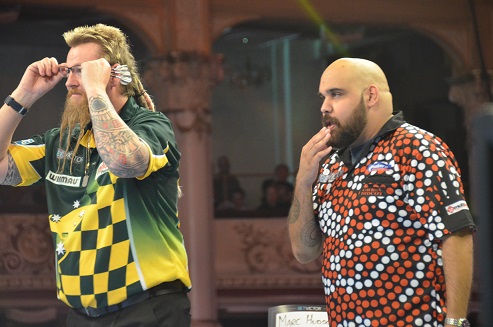 But back to some other kind of entertainment - the last evening of the first round. At this evening finally the reigning champion started his campaign and so the Empress Ballroom was quite full though probably not sold out...
First on was an all Australian match between Simon Whitlock and Kyle Anderson, who last month had stood on stage together as well but as Team Australia during the PDC World Cup. They lost in the second round to Russia. Here now in the first round of the World Matchplay Simon Whitlock was the better player though one can't really explain it as Kyle Anderson had the slightly better average, threw more 180s and the hitting quote for the doubles for both players was almost the same. But Whitlock won 10:5 - sometimes to be sure darts is a strange game. 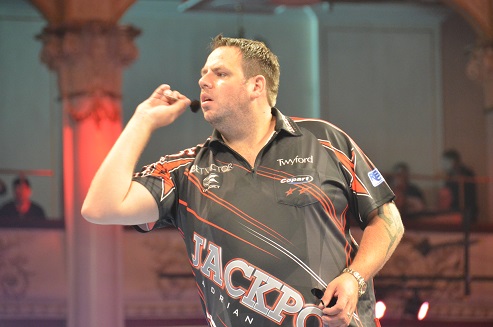 Than we had Adrian Lewis on stage who due to surgery to a nerve in the lower back did more or less play no darts over the last month. He nevertheless won against Steve Beaton who was not in the impressive form he had been last year in the World Matchplay. We'll see what will happen to Lewis who was not one of the bookmaker's favourites to win the tournament. 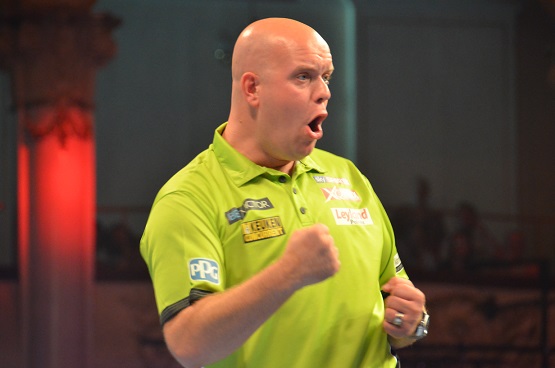 And after that - finally - the venue went all green when van Gerwen walked on stage to meet Stephen Bunting. I am almost sure Bunting had not been happy when the draw was announced. Unlucky Bunting didn't play one of the great matches he showed recently and experienced a lot of double trouble. Van Gerwen seemed to be totally relaxed, played well but threw a few sloppy darts as well. But I suppose it was not too easy for him to stay focused playing such an almost awed and nervous opponent as Bunting was on the day. To be sure it was not a tough match for the Dutchman. 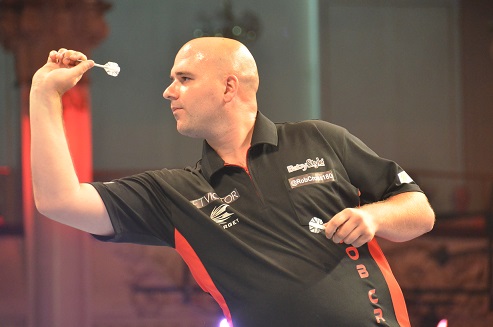 In the last match of the first round with Rob Cross the high-flyer among the debutants stood at the oche. At the beginning he looked nervous and not totally focussed but he soon found a way into the match and Ian White was in trouble. He didn't play bad himself but somehow not really ignited and in the end lost 7:10 to Cross.

In the first round seven of the seeded players were eliminated from the tournament - almost the half - and under the unseeded players reaching the second round are three debutants though I don't feel debutant I can such an experienced player as Steve West call a debutant.. Really impressive were the performances of Cristo Reyes and Rob Cross who have not much experience with major tournaments. Reyes and Gary Anderson are so far the only players who played an average over 100, van Gerwen came close. So you can't say the tournament was high class till now but the first round was interesting and we did see some thrilling matches and a few upsets. Out of the favourites till now only Peter Wright disappointed and he has to improve a lot should he want to have a chance.