The locksmiths history of Wolverhampton was of course not yet over - it just reached the peak. At 1770 in Wolverhampton 134 locksmith lived. The number dropped to 110 a few years later - still an astonishing number - among them were now a few big companies. The locks were exported around the world not only to the British colonies but to the continent and the USA as well.
But over the years the competition grew - especially when in other countries adorned locks were made and there was no progress in lock making in Wolverhampton. 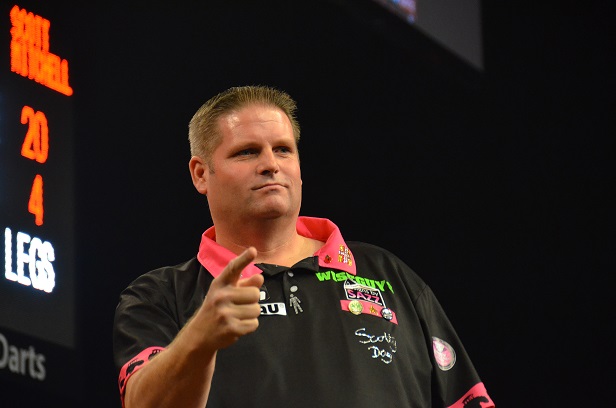 The labour conditions were far from ideal as well, child labour was far spread. Till the middle of the 19. Century lock making all was manual labour and it was hard work. Only at the beginning of the 20. Century machinery took over as the machines were very expensive and the small craft enterprises were not able to afford them. So in the end they disappeared and big companies over took their work which by now not only produced locks but safes as well. Today only a few lock makers exist in Wolverhampton and not all are British.

On the second day of the Grand Slam in the afternoon session again groups E - H played. First Saturday's losers, then Saturday's winners. The losers' matches turned out to be the more interesting matches. First Scott Mitchell and Jeffrey de Zwaan met. Mitchell didn't play as well as on Saturday but this time he got a deserved win.
Again Mark McGeeney failed to convince - it was not a good match from both players. James Wilson won it - might be his PDC experience made the difference. 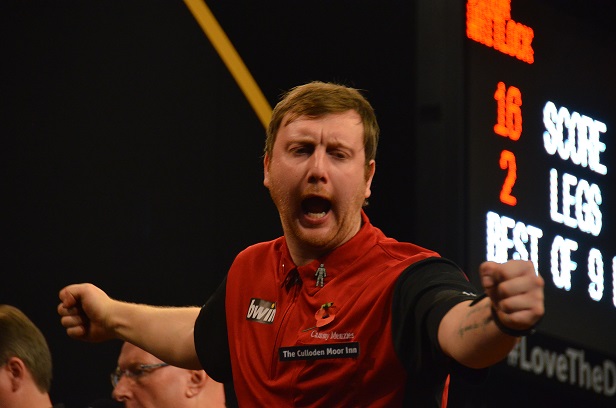 Than Peter Wright hat to win against his opponent Corey Cadby. Otherwise he would have been out of the tournament. But he managed the win and had no problems at all with the young Australian who is at the moment miles away from his spectacular performances during the last PDC World Championship. After his 5:0 win Wright still has a chance to reach the knock out stage of the tournament.
In the fourth losers match again Cameron Menzies came on stage and thanks to his enthusiasm and his emotionality he managed to get the crowd behind him even as he played against popular Simon Whitlock. Whitlock had similar problems with Menzies as he had had with Berry van Peer - he just couldn't manage Menzies way of to play and lost for a second time. 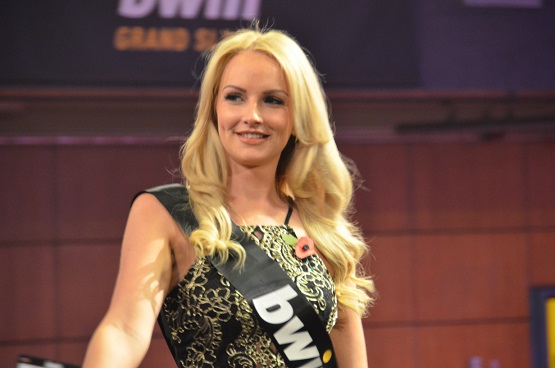 Those were the losers' matches and the tables were whirled around already. The winners' matches followed and quite surprisingly Alan Norris and Dave Chisnall lost their matches.
Mensur Suljovic played impressive and won a close match against Michael Smith 5:4.
Gary Anderson had to play against the from Dartitis suffering Berry van Peer who started quite well into the match but his Dartitis problems grew stronger during the match. Anderson found a way to handle the problem, much better then Simon Whitlock had managed and even supported the young player as did the crowd near the end of the match. He never lost focus or got frustrated and won in the end with 5:1.
Glen Durrant was after this much too strong for Alan Norris and won his second Grand Slam match of the year 5:3 - not really a surprise. 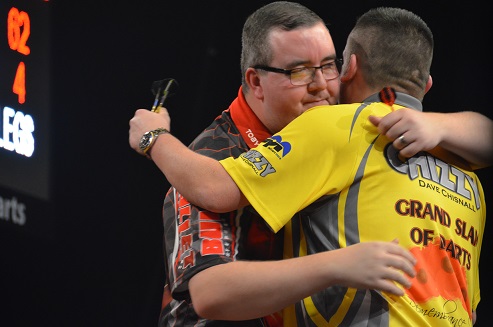 The surprise came in the last match of the evening when Stephen Bunting defeated Dave Chisnall 5:2. Bunting had no great year so far but Dave Chisnall couldn't find his power scoring and always seemed to be one step behind. It could get rather tight for Chisnall - he has to win against Jeffrey de Zwaan should he want to progress. 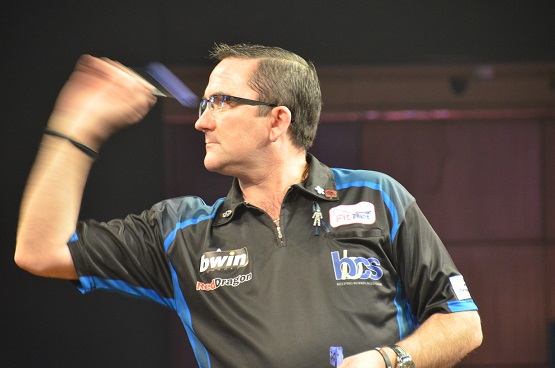 The evening session started with the match between Joe Murnan and Ross Montgomery. Murnan played better then in his first match but still not good enough for Scotsman Ross Montgomery who won 5:3. But it will not be decided before the last group day who will progress from this group.
Darren Webster against Danny Noppert had no surprise outcome. Noppert didn't take part in many tournaments this year so far and I think it showed. Webster opposed to him turned up and defeated the young player 5:2. That helped his chances to survive the group format.

A real upset was after that the 5:0 win of Steve Lennon against Jamie Hughes who again showed a weak performance while Lennon played an over 100 average. 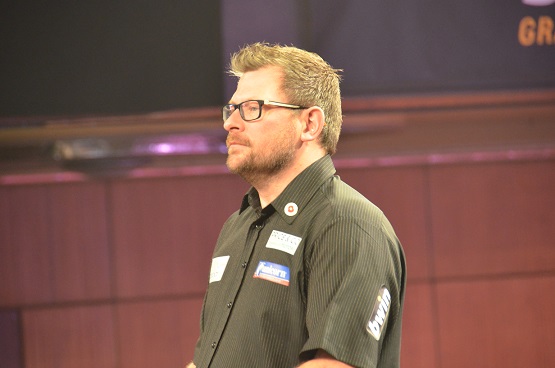 The last losers match was some kind of rehabilitation for James Wade who this time had his doubles with him. He defeated Peter Machin 5:1.

So far the loser - next were the winners' matches and first on was Daryl Gurney who played against Mark Webster. It was clear Gurney would be the favourite and it would have been a surprise would Webster could keep up. Though of course Gurney has off-nights as well. But this was no off night and Webster lost - not helped by missing a few doubles while Gurney was rather clinical. 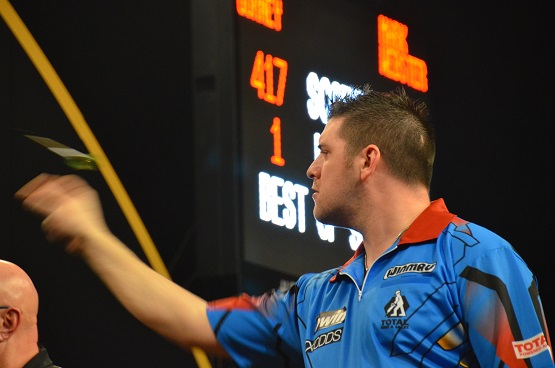 That left Phil Taylor, Michael van Gerwen and Raymond van Barneveld and first on stage was Taylor against Robbie Green. I've got the impression over the years Green is not Taylor's most loved opponent. And he really once again had some problems which were reinforced by a shouting fan on the balcony. But somehow Taylor managed to play a great last leg and won the match with 5:4. The board his this time gave Green to take away with him.

Reigning champion Michael van Gerwen had similar problems with Rob Cross and had as well to come from behind to level 4:4. And van Gerwen as well played a great deciding leg and won the match 5:4. As Green Cross had chances to win but missed. But he's closing in on van Gerwen.
The last match of the evening between Raymond van Barneveld and Gerwyn Price followed the same pattern - 4:2 lead for Price, a comeback to level 4:4 from van Barneveld and a deciding leg which the Dutchman managed to win. 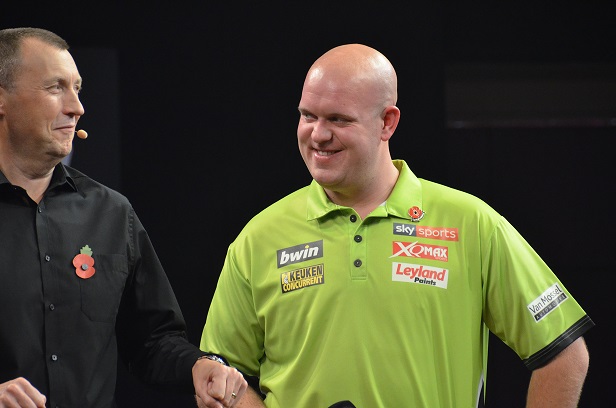 hh After the second day Glen Durrant, Gary Anderson and Michael van Gerwen are already qualified for the Knock Out phase. All other decisions will be made in the last group matches on Monday and Tuesday.

It was an exiting and thrilling second day with a lot of good matches. Players like Corey Cadby, Jamie Hughes and Mark McGeeney disappointed as well. And players like Taylor, van Barneveld and van Gerwen looked vulnerable.