Catherine Eddowes or Behind lock and bars 4...

Till now I couldn't find a blue plaque for Catherine Eddowes in Wolverhampton.But of course you really can't call her an "important" person. Her fame has a quite gruesome reason: Eddowes was the fourth victim of Jack the Ripper. 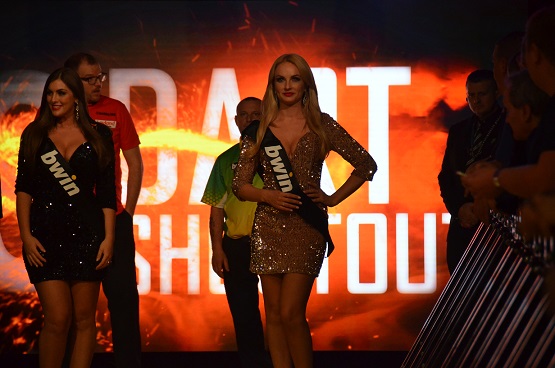 Eddowes was born in Wolverhampton 1842 as one of probably 12 children of a tin plater. A short time after Catherine's birth the family moved to London where it fell into poverty. After the death of Catherine's mother in 1855 Catherine was sent to her aunt in Wolverhampton. She didn't stay there for long - she moved on to Birmingham and lived there together with Thomas Conway till they went together with their children back to London. A short time later Eddowes left Conway. It is not known why but Conway seems to have been a drunkard who regularly battered her. Eddowes herself liked her drinks as well.Eddowes soon found a new partner - John Kelly. Kelly was a casual worker, Eddowes worked as a housecleaner, might be some times as a prostitute. There never was enough money for the two of them. Rather astonishing a lot is known about Eddowes' last few days. On 27. September 1888 she returned with her partner from harvesting hops in Kent - once again with more or less no money in their pockets. They gave a few pieces of clothing in pawn to be able to buy some food and alcohol. Then they parted company. In the evening of 29. September Eddowes passed a few hours in a police sobering-up cell in Whitechapel, from which she was dismissed around 1 a.m. Not even an hour later her mutilated body was found by a policeman during his round in Mitre Square. He had been at the same place only a quarter of an hour earlier but hadn't seen anything suspicious. Due to the similarities to other murders it was blamed on Jack the Ripper, who never was caught and whose identity was not untangled till today. My last evening at the Grand Slam was far less murderous though the last group matches of groups A-D took place.
First on was group D in which all the players still had a chance to progress. First Mark Webster and Danny Noppert came on stage and Webster would have been through with a win. But that was not Noppert's plan. He played his best match of the event and defeated Mark Webster 5:2. Now all depended on Darren Webster against Daryl Gurney. Would Webster be able to win him and Gurney would be in round two. But Gurney played another good match and Webster was probably too tense. Gurney won - 5:2 as well - and progressed into the next round. Darren Webster and Mark Webster would meet at the end of the night for a nine-dart shoot- out. Danny Noppert had as well two points but won fewer legs. In group C first on stage were Robbie Green and Peter Machin - probably very much on par. Strange enough it was Green who had some problems. He had shown such a great performance against Phil Taylor but might be it only happens against Taylor. Robbie Green lost 3:5. Now all depended on the match between Taylor and Wade. Wade had to win to have a chance. It was rather lackluster match from Taylor who had already qualified. Wade started not good into the match either but he got stronger and in the end it was a well-deserved win for Wade. So Taylor and Wade progressed, Green and Machin were eliminated. In group B first Gerwyn Price and Jamie Hughes met and Price neither played as aggressive nor as well as in his first two matches while Jamie Hughes finally showed a performance which reminded of the Jamie Hughes last year. A notable win for Hughes and it was clear even before the last match that Raymond van Barneveld and Steve Lennon would progress from this group. One had to wonder whether the two went into their game in any way motivated. but it was not a bad match - especially the Dutchman showed a rather good performance and headed in the end the group table after three wins with six points and a distinct lead.

Culmination of the evening was the nine-dart shoot-out between Mark Webster and Darren Webster, who for a second time with a real walk-on came on stage. In the end it was a very close call - Darren Webster won with only three points in the lead and progressed into second round.