Back to the PDC World Championship 2021

To give the female players a chance to qualify for the PDC World Championship 2021 the PDC organised a Women's series with four events by which the two women's places in the World Championship were allocated. Anastasia Dobromyslova took part in the series, but not even reached the top ten of the table. At the moment she is just no longer that good. Trina Gulliver didn't take part in the series. 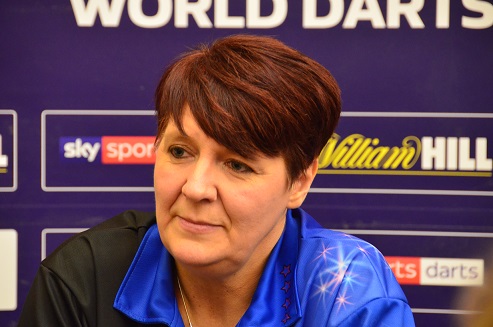 By the Women's Series in the end Lisa Ashton and Deta Hedman managed to qualify. It was rather close between Hedman and Fallon Sherrock, who had defeated during the last PDC World Championship Ted Evetts and Mensur Suljovic and was the uncrowned "Queen of the Palace". The Corona pandemic unluckily prevented that Sherrock could in any way savour her glory. Contrary to Lisa Ashton she was not able to get herself a Tour Card in Qualifying School and so the year 2020 for her was like for most female players more a year to forget - with the exception of a few online tournaments there were almost none tournaments for the women.

Lisa Ashton not only headed by far the table of the Women's Series with two wins and one runner-up placing she also won the Women's Qualifier for the Grand Slam of Darts. Beside she took part in the Summer Series, the Autumn Series and the Winter Series of the PDC, played on the Home Tours and in those Players Championships which were played before the lockdown. All in all she earned 11 000 pound in price money, 7 000 of it on the Pro Tour. Though it not yet shows in her results, Ashton thinks she has improved a lot. And of course she collected a lot of experience in playing against the male top players. She looked rather nervous though during the Grand Slam and it didn't went well at all for her.
Ashton will meet Adam Hunt in the First Round of the World Championship, who earned twice the money on the Pro Tour which was enough to qualify by the Pro Tour Order of Merit for the event. Hunt to be sure is not an outstanding player, well, perhaps better not a consistent player, as he showed already some really good matches - for example when he won against Gabriel Clemens during the Grand Slam of Darts. But he played some really weak matches as well during the year. Like Ashton he takes part for the second time in the PDC World Championship and as well as Ashton he lost 2019 his First Round match. But while Ashton in 2019 at least won a set, Hunt failed to do so.
I think this First Round match was about who'll would be better in keeping his nerve and who comes into the tournament with more confidence. Ashton was not without a chance - but might be a littel bit luckless. 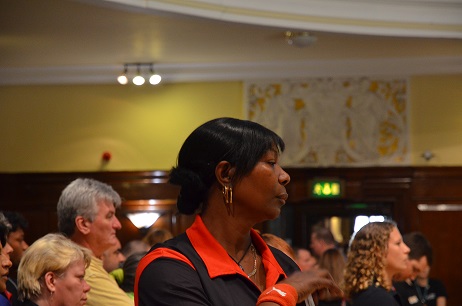 The second Women's Qualifier Deta Hedman as probably one of the most experienced female players. She is already playing ten years longer than Trina Gulliver and always was one of the top players in the world and very often the number 1 of the women, even though she took a few breaks in her career - due to work commitments and because of the racism she was exposed due to her skin tone (Hedman is Jamaican). In the Women's Series she won one event and reached two semi-finals. She was a semi-finalist in the Grand Slam of Darts Qualifier as well.
Though Ashton is the first woman with a Tour Card, she is not the first women on the Pro Tour - that was Deta Hedman, who played from 2002 to 2007 on the Pro Tour - longer than Anastasia Dobromyslova. And it was not Fallon Sherrock, who as first woman won matches against men in a televised major - that as well was Deta Hedman who defeated 2005 in the UK Open Aaron Turner and Norman Fletcher. Deta won almost every tournament women can take part in at least once - with the exception of the BDO Women's World Championship. Three times she stood in the final and three times she lost - once against Anastasia Dobromyslova, once against Lisa Ashton and once against Trina Gulliver. It sometimes looks she just can't really settle on stage when she plays in front of the TV cameras. As Ashton and Sherrock Hedman took part in Qualifying School ans as Sherrock she had no success. Due to the Corona pandemic she played beside the Women's Series only the Dutch Open this year - it can well be she is rather rusty. Hedman was drawn against Andy Boulton probably she will know him from his time in the BDO.
Boulton was one of the participants in the PDC Home Tour 3 and he headed after the group matches the table so he should be well warmed up and prepared for the World Championship. But Boulton is not really a consistent player. So far he stood twice on the stage of the Alexandra Palace and both times he lost. As Hedman says she feels men always feel a lot of pressure when they play against women and it doesn't matter whether the women play good or weak. Boulton will feel this pressure as well. But I nevertheless doubt that Deta Hedman will prevail.

But one thing is certain - no other female player has deserved an appearance on the stage of the Alexandra Palace more than the legendary Hedman who celebrated her 61. Birthday on 14. November.