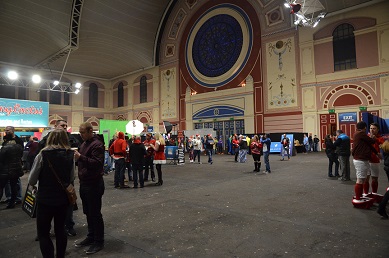 I still remember it was very cold everywhere in the Palace. The press room was located in a small tent in the Great Hall of the Alexandra Palace - there it was cold too and there was not much press around beside us. That has not really changed - the first round seems to be of little interest for most of the press. When you left the press tent you were more or less behind the stage and before the walk-on and during the match breaks players and officials could be found there as well. Today you can't get as close to the players - really a pity. The cold affected the players as well - and flue and colds spread among them. The World Championship was odd - with Kirk Shepherd a till that moment unknown qualifier reached the final where he met John Part, who managed to stay healthy. To be sure - though John Part didn't show outstanding performances -he was the most consistent player of the tournament and deserved the win. 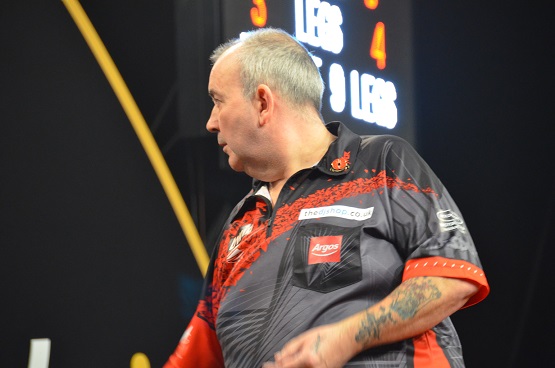 Phil Taylor - who will play his last World Championship this year - for the first time in the history of the event didn't reach the final. He was eliminated in the quarterfinals by Wayne Mardle. Taylor was a victim of the outbreak of common cold as well. Mardle was not able to grab the chance he had. After he had celebrated emotional his victory - Taylor had given him: "Now you have got a good chance to win. Go there and do it" to take along - Mardle didn't take the chance and lost in the semi-finals to Kirk Shepherd. It was Mardle's last chance to reach a World Championship final - who knowns what the outcome of a Mardle v Part final would have been. Almost forgotten today is that Taylor defeated in the first round of the event a certain Michael van Gerwen 3:2 and that van Gerwen had a Matchdart on the double 12. Taylor admitted after the match that van Gerwen had been a strong opponent and that he had probably too much respect... Taylor's next two matches against Mark Walsh and Alan Tabern were rather close as well and Taylor was not happy at all. Wayne Mardle had beaten American Ray Carver in the first round and met Jamie Caven in round two. In both matches he had a slow start, but managed to win. He felt good and full of confidence. In the third round he met with Roland Scholten a close friend. Scholten, like many of the participants in the PDC World Championship 2018, has disappeared from the PDC Circuit. The match between Mardle and Scholten was a very close affair. Scholten had the higher scores but made some mistakes and Mardle took his chances. He won in the end with 4:3 and moved on to the quarterfinal against Phil Taylor. Once again he had a slow start but he came back into the match when Taylor already was 0:3 in the lead and turned it around to win 5:4. After the match he told "it was the best win of my career". It was his first televised win over Taylor. The next slow start followed against Kirk Shepherd. Mardle came back again but didn't manage to win this time. Might be he failed because after his win over Taylor he didn't see Shepherd as a serious opponent. 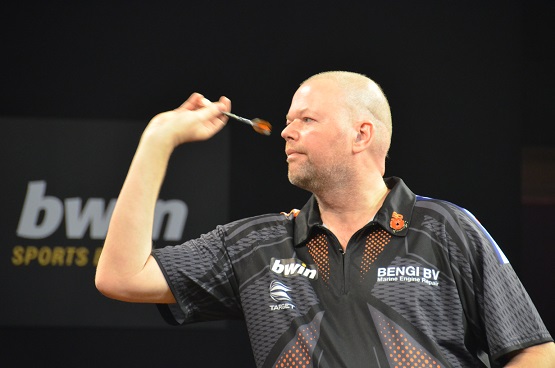 Raymond van Barneveld - who had won the year before his only PDC World Championship title with an impressive win against Phil Taylor - was eliminated early from the tournament. After wins over Anthony Forde and Jason Clark he lost in the third round to Kevin Painter. Raymond van Barneveld was a victim of the cold as well and Painter was in that year just too strong for him. 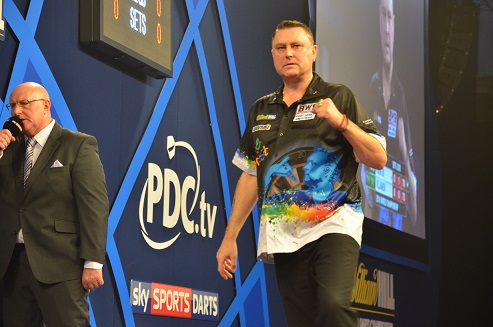 Kevin Painter, who this year just managed to qualify for the World Championship by the Pro Tour Order of Merit, ten years ago entered the tournament in top form. He defeated Gary Mawson, Chris Mason, Raymond van Barneveld and Adrian Lewis before he lost in the semi-finals to John Part. In his first round match against Gary Mawson he played with 96.45 the highest first round average, against Chris Mason he didn't lose a single set but afterwards said it had only been an average match for him and he had to improve a few things. He was not really happy after the win against Raymond van Barneveld either - he felt he was not consistent enough and after his win over Adrian Lewis he admitted he hadn't slept well the night before. Painter was very disappointed he lost to John Part in the semi-finals but meant it was his own fault as he had missed too many doubles. A World Championship semi-final at the moment seems out of reach for Painter, he never reached one since 2008. It will be very difficult for him this year as well especially as his first round opponent will be Mensur Suljovic who showed much better form than Painter recently and probably is in better form than in 2008 when he qualified for the World Championship as the GDC number 1...