To end the review about the surprising World Championship 2008 we have of course a look on the two main characters. 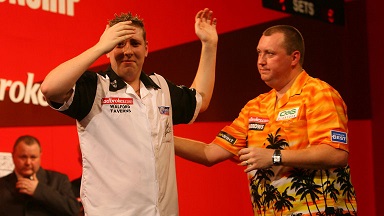 Though Kirk Shepherd turned out to be a "one-day wonder" and never again was as successful the "Karate Kid" nevertheless was not a player who turned out from no where. He had been quite a successful youth player. In 2003 he won the Winmau World Masters Youth and in 2004 and in 2006 the British Teenage Open. In 2010 he won a few smaller events. In 2015 he won a Challenge Tour event and he managed to get a Tour Card in Qualifying School 2017. Twice he qualified in the same year for an European Tour event and he reached as well a Players Championship quarterfinal.

John Part of course had already a long list of achievements when he entered the World Championship 2008 but he was on the slide down in the rankings. So you can't say he was a real surprise winner. After his win he never was as successful again. There were a few tournament wins in North America, a few wins of dartslive -soft darts events but nothing in the PDC. That he still would be able to win on the Pro Tour he showed when he got himself a Tour Card in Qualifying School 2017. But he didn't play much on the Pro Tour 2017 - his efforts looked a little bit lukewarm. Nevertheless he's in every by Sky Sports televised tournament - as a valued commentator. Only he himself could tell about his darts form.

Shepherd started with a win over Terry Jenkins into the World Championship 2008. He was "supported" a lot by Jenkins who couldn't hit his doubles and missed not only with his seven Matchdarts.

John Part played in the first round against South African Charles Losper and won 3:1. The match was much closer then the result shows and Losper played a good match. Part was quite impressed.

Both Shepherd and Part after their first match enjoyed the Christmas break. Part stayed in London. Normally he went back to Canada to his family over Christmas and was often criticised for it. 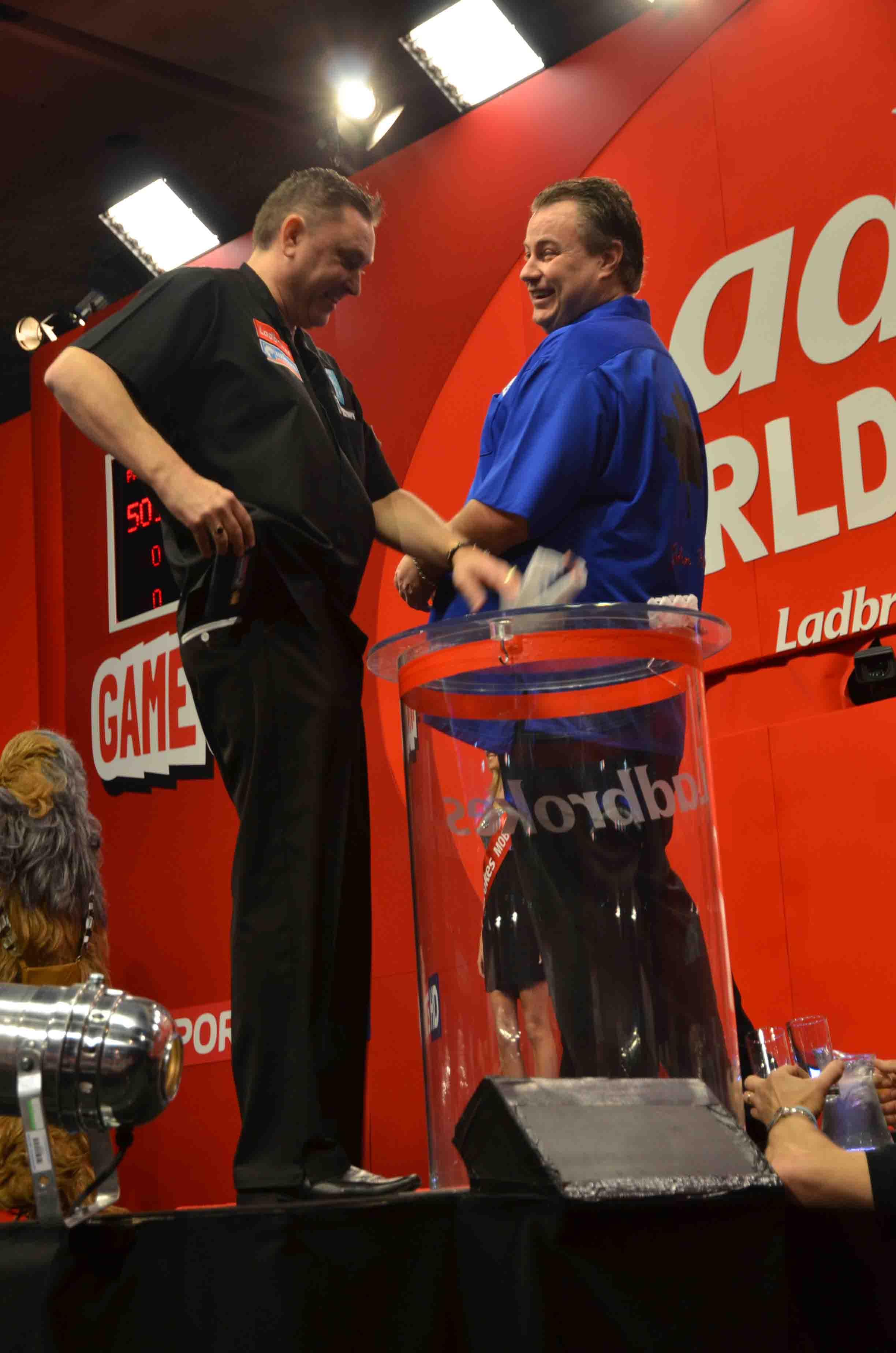 For Shepherd after the break the match against Irishman Mick McGowan followed and it was quite similar to his match against Terry Jenkins. But McGowan only missed four match darts instead of seven. Even Shepherd after the match admitted he had been lucky so far. McGowan had arrived late for the match - first his taxi didn't show up and afterwards he got stuck in the traffic - as he said after his match his preparation had been horrible to not existent.

John Part meanwhile met Mensur Suljovic. It was great match and Part played the so far highest average of the tournament. Suljovic showed a good performance as well but he couldn't keep up. Part after the match commentated that "he was not easily intimidated" even when the opponent played good.

Next opponent for Shepherd was Barrie Bates who was at the time the number 13 of the world. Bates was the next player with double trouble but only missed one match dart. It was a very close match and though Shepherd was delighted with the win he was not happy with his performance at all.

Part's third round opponent as Alex Roy and he defeated him with 4:0. Roy is another player who has disappeared from the Pro Tour though he has reappeared on the Challenge Tour recently. At this time he was a well-known player and a rather disagreeable opponent as he was full of confidence. In the World Championship 2008 he caused an upset when he sent the than number 6 of the World Andy Hamilton packing. But against Part he had no chance.
Part had followed the match of his next opponent James Wade against Mark Dudbridge and commented after his match against Roy, Wade could be a danger for him.

In the quarterfinals Kirk Shepherd eliminated Peter Manley. It had been a comeback win for Shepherd who had to watch Manley throwing his first match darts. But Manley couldn't hit his doubles either while Shepherd in the sixth leg of the match almost threw a nine-darter. Shepherd admitted after the match he had no real interest in the nine-darter - he only wanted to win the match. 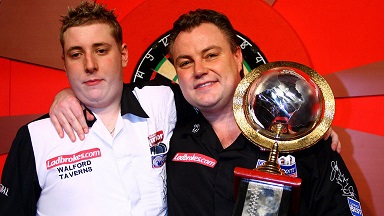 So John Part met in the quarterfinals James Wade who played much better then against Mark Dudbridge but was not in the form he had shown winning the World Matchplay and the World Grand Prix in 2007. All in all it was a high level and thrilling match which Part won in a tie breaker with a 113 Finish while Wade watched on 20 points rest.

The first semi-final was John Part v Kevin Painter. The 6:2 win of Part seems to be a clear win but many of the sets went into the deciding fifth leg. Most of the time Part was the first on a finish there and won those legs but afterwards he had to admit he was quite exhausted. Shepherd on the others side was almost not to hold after his win over Wayne Mardle. By reaching the final he had moved up from rank 140 under the top 32 and already won 50 000 pound of price money. He dreamed of a career as full time pro and resigned from his job.

But in the final Part gave him a lesson and brought him crushing down back to the earth. The Canadian dominated the match from the beginning and for the first time in the tournament Shepherd had to play an opponent who didn't make mistakes he could use to his advantage. Beside Shepherd had by now been outrun by the flue epidemic and passed the time between semi-final and final in bed. Part was over the moon while Shepherd was devastated.

It is not very likely we'll see an as surprising final of the World Championship 2018. But of course you never know when the next flue epidemic will hit the players.