After the First Round The first round of the World Matchplay is over - time for an interim conclusion..
When I travelled to Blackpool, I had no idea at all who could be my favourite to win the tournament. Michael van Gerwen - not as dominant as he was and slightly inconsistent. Phil Taylor - difficult to assess. Gary Anderson, Adrian Lewis, Peter Wright and the other top players - all good for surprises and some good matches, but often not for a complete tournament. 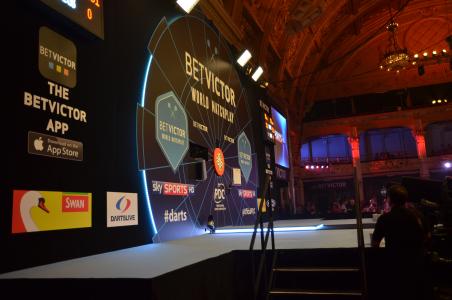 So which insight brought this first round?

A little bit surprisingly many of the players qualified by the Pro Tour Order of Merit - the ranking, which shows the current form of the players - are already eliminated from the tournament because their seeded opponents were to strong. Only still in the tournament are Michael Smith, Stephen Bunting and of all players the two who just managed to qualify - Paul Nicholson and Richie Burnett. Eliminated seeds were a little bit astonishing the usually so impressive Peter Wright, the for some time already searching for his form Kim Huybrechts, Justin Pipe who had with Michael Smith a very strong opponent and Brendan Dolan who had a pitch black day against Richie Burnett.

I was surprised as well that only a few of the eliminated players failed on the strength of their oppoenents while most failed on their own faults and weakness, often enough double trouble. Among those are even some of the big names like Terry Jenkins, Brendan Dolan or Peter Wright who all seemed like paralysed on the Winter Gardens stage. In this category fall as well both players of the local derby between Wes Newton and Ronnie Baxter. Did they all become a prey of their own demands?

Real bottle in defeat only showed the once again impressive Jamie Caven, Robert Thornton, Steve Beaton and Justin Pipe.
Impressed I was a s well by Wes Newton who finally managed to fight through a match instead to give in. A positive surprise was as well Phil Taylor who really played as one was used to see him play for years. 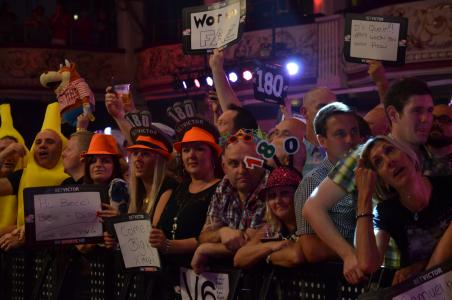 But beside this I am still as much at a loss after the first round as I have been before the tournament started. I still couldn't make out a real favourite. Sure there were some strong performances. Gary Anderson showed in sparkling form in the last match of the first round. Adrian Lewis steam rolled his opponent who was more victim then opponent. Michael Smith was in good form. Paul Nicholson showed a lot of bottle. But for me there still is no answer to the question who is a good and sure bet for the win. Michael van Gerwen still is seen as the favourite by the bookmakers, but I was not really convinced by his performance. Should Phil Taylor keep up his form and his joy of playing in the second round for me he would be the player most likely to win.

Today the second round will start - and it stays enthralling!