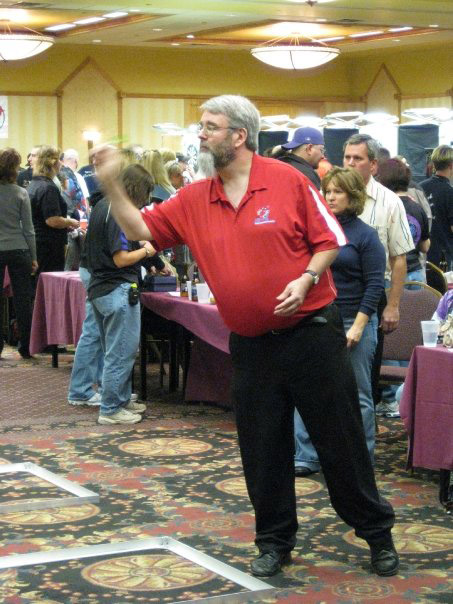 Some of you out there will know the old saying, "Treat every day as your last, and one day you'll be right." Well, my darts philosophy is a variation on that. "Treat every shot as your last." That's what this series is all about.

"Instead of starting to count when you reach 150 or so, the brain should be activated closer to 300"

Darters worldwide look up to the British as the best in the game. We are good, but I believe that ability-wise there is little difference between the Brits, Americans, Canadians, or anyone else for that matter. It comes down to two things: experience and playing the correct shots.
In recent years, a whole new way of thinking on outshot setups has evolved in the U.K. Instead of starting to count when you reach 150 or so, the brain should be activated closer to 300.

Okay, I can hear you guys saying, "Hey, I'm only a league shooter. This doesn't apply to me!" Sure it does. You're exactly the kind of player this is aimed at.

The objective here is to give you more opportunities to win a game. The more opportunities you have, the more you are going to win. It's a simple concept, actually.
Over the next few months, I'll be discussing ways to leave a finish, particular combinations to leave a better finish, and the outs themselves. Naturally, it's impossible to go into every option of every shot, but the large majority of one, two and three dart options will be discussed. First, there are a few points which you need to remember:


Outshots can be divided into three categories:


All of these apply when your opponent is on a double, or any number that can be finished. (Remember, treat every shot.)

Let's look at some other examples. Back at the Budweiser Easy Money Open, Chad Sylvan and I had reached the top eight of the '01 doubles. We're on a double and Jim Coakley (a great player, incidentally) stood on the oche facing 90. First dart for T18 missed and went fat. Second dart for T12 also went fat. S20 set up D20 for their next handful, but there was no next handful.
The shot should have been S20, S20, DB. Just a simple single, single, double. No triple required, but a T20 first arrow gives you two shots at D15. It matters not that you love D18. if you don't have a dart at it. Make sure you give yourself a dart at a double - and hopefully, it will be the only one you need.
There's a happy ending to that tale. The following week at the Lucky Strike Filters Blueberry Hill Open, Coakley got his revenge on yours truly. It went 2-zip in the top four of the singles. Nice one, Jim!

Now to the second example - the semi-final of the 1990 Swiss Open. I was up against another top Brit, Paul Reynolds, and he was nicely poised to take the first leg. It was my shot. Needing 132, I threw DB, DB, D16, thank you very much.
I figured that Reynolds wouldn't give me another turn, so to play the percentages, the first dart must be at the cork. Double bull leaves 82, and if there is enough room, it makes sense to stay there. If you only pick off a single on your first dart, 107 is still possible with two darts.
Anywhere else on the board with your first one and you need two triples and a double, instead of single, triple, double.