Reigning Champion Phil Taylor moved into the second round of the PartyPoker.net European Championship with a 6-3 win over Magnus Caris on Thursday night, as Wes Newton and Andy Hamilton secured whitewashes at the RWE Sporthalle in Muelheim, Germany.

Taylor's bid to win a fifth successive title began as he saw off Swedish number one Caris, who recovered from losing the opening four legs to threaten a fightback when he won three of the next four. The world number one, though, regained his touch to seal the win, taking out 84 on the bullseye to set up a second round clash with Dutch youngster Jerry Hendriks on Saturday afternoon.

"When I was 4-0 up I relaxed and thought it would be 6-0, and Magnus came back at me," admitted Taylor. "His confidence was growing with every leg that he won, and I should have killed him off sooner. It's a good start though and I'll get myself ready for the second round now because Jerry's a good young player and he'll be full of confidence." Hendriks, a 23-year-old from Venlo in the Netherlands, impressed with a 6-2 victory over Austrian number one Mensur Suljovic earlier in the opening night of this year's 200,000 pound event

Hendriks. said: "The start I made helped me to settle down, and I felt very comfortable on stage. "It's an awesome feeling. I was nervous before the match because it's probably the biggest match I've played, I'm very relieved now and it's great for my family too because I only live half an hour away just into Holland, so I've got my parents, aunts, uncles and friends here watching!"
He added: "I like playing Phil - I'd play him every day if I could because you learn a lot from him. It will be hard but I'm not a player who's afraid of playing him, and it's exciting."

"It feels really good to finish that with a 106 average, and I'm very happy to be in the next round," said the former UK Open finalist. "I knew Tomas would have the German crowd behind him so I got my head down and did a good job. It's nice to be playing so well but I can't get carried away."

Newton now plays Kevin Painter in the second round, with the Players Championship Finals winner seeing off Mervyn King 6-4 in their clash.

"I thought I played OK there and I got the job done well," said Painter. "This is probably what I needed after how things have gone for me since the Premier League finished. The Premier League's so exciting that I've had a lot of difficulty enjoying the other events, which has been a wake-up call for me. I knew I'd have to play well against Mervyn and it will be the same in the second round because Wes is in great form." 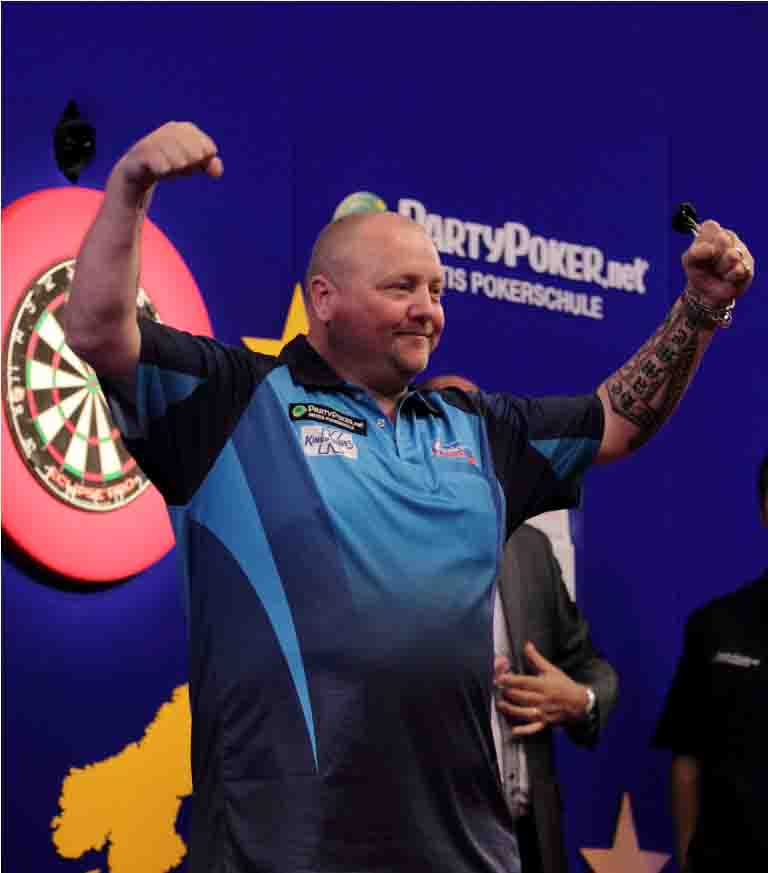 Andy Hamilton matched Newton in taking a whitewash win with his romp against Paul Nicholson, as the World Championship finalist picked up his first victory against the Australian World Cup of Darts star.

"Paul wasn't really at the races there and I probably expected more from him, but I knew I couldn't let him back in and I finished pretty well," said Hamilton. "I know I play my best darts on TV and I'm looking forward to coming back for the second round on Saturday - bring it on!

Hamilton's second round opponent will be Ronnie Baxter, who was clinical in taking the first five legs of his clash with German hope Michael Rosenauer before running out a 6-1 victor. 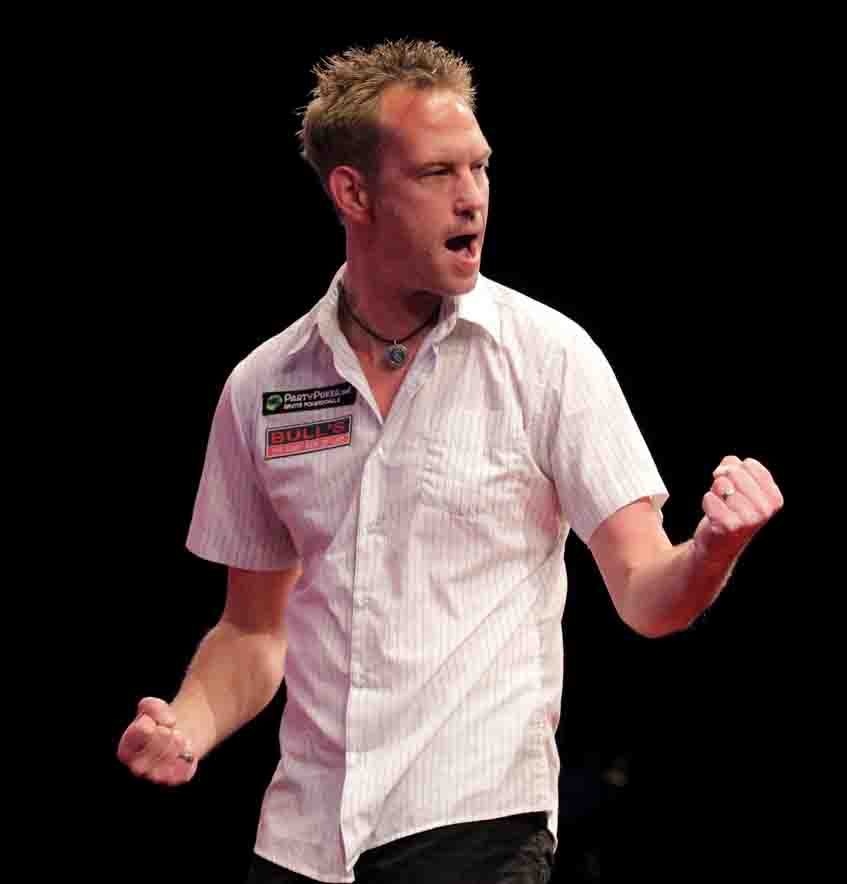 Germany's Andree Welge thrilled his home crowd at the RWE Sporthalle with a 6-4 win over Mark Webster, coming from 4-3 down to win the next three legs in sealing a popular victory.

"This is the best moment of my career," admitted Welge, a 40-year-old from Bremen. "I was so nervous because I have all the crowd behind me, but I'm very happy with my performance and it's not a surprise for me to beat Mark. I was playing in front of my own fans against the number nine in the world He was the favourite and he deserved to be because he's the number nine in the world. I'll have one day off now and I can't wait to play on Saturday - I know there will be a big crowd cheering me on."

He will now play Northern Ireland's Brendan Dolan in the second round, after the 2011 World Grand Prix finalist was a 6-3 winner against Justin Pipe.

Brendan Dolan said: "It was a real battle of a match. Neither of us played as well as we can, and I knew I had to stand up tall. There was a 180 in the middle of the game which boosted my confidence but I thought the game was going to go all the way to five-all, so it felt good to finish it off. It will be tough playing Andree on Saturday. He's a brilliant player and a very good finisher, so I'll have to outscore him and take my chances. We played in Stuttgart a fortnight ago but I've got more match practice under my belt since then and I'll be confident."

The first round will conclude on Friday night, with the eight matches including the all-Stoke clash between World Champion Adrian Lewis and in-form Ian White.