PHIL TAYLOR and James Wade set up a tantalising semi-final clash at the BetVictor World Matchplay with thrilling victories over Justin Pipe and Simon Whitlock at the Winter Gardens in Blackpool on Thursday night. 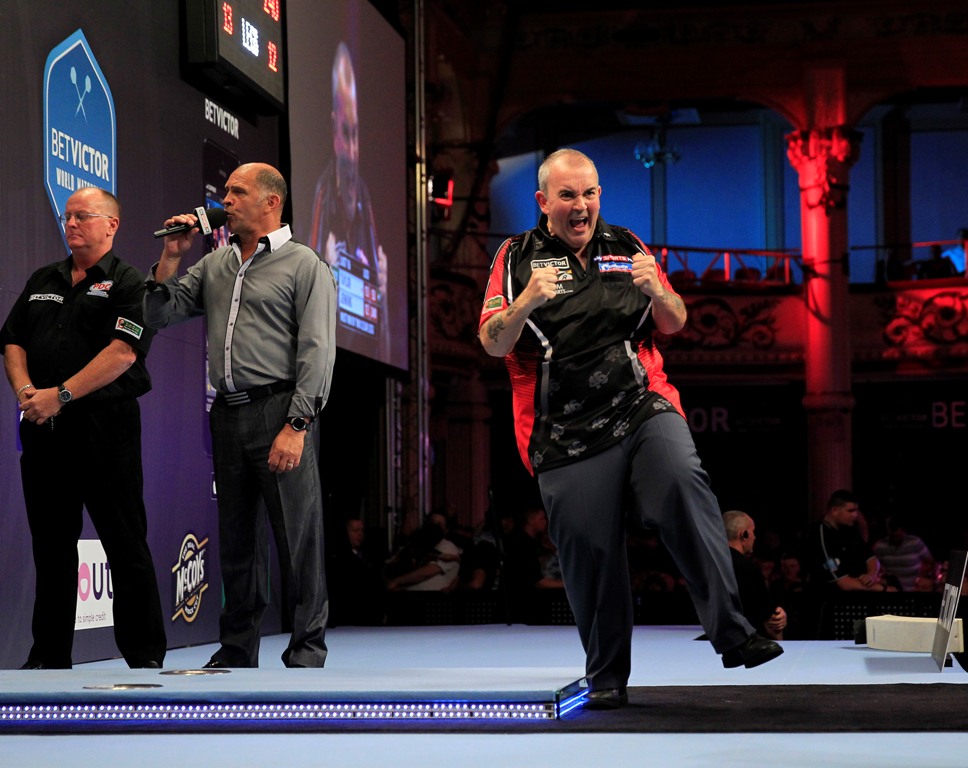 Following five superb days of action in the £400,000 World Matchplay, the tournament reached a dramatic new high with two compelling quarter-finals.
Firstly, reigning champion Taylor withstood ten 180s and a battling performance from world number eight Justin Pipe before he remained on course to win a record sixth successive World Matchplay title with a 16-10 triumph. Pipe hit back from 3-1 down to take a 5-4 lead in their clash, having kicked off the game with two 180s in the opening leg, which he took in 11 darts. Taylor replied with a maximum and a 122 checkout in the first of back-to-back 12-dart legs, and he added double eight to win the fourth before Pipe, aided by a 13-darter and a 136 finish, took three of the next four to level.
He then defied a 180 from Taylor to finish a 13-darter on double 16 in moving 5-4 up, and after Taylor won the next two in 12 and 14 darts, Pipe finished double seven to level at six-all. Taylor, though, found his customary extra gear as he won seven of the next eight legs to soar into a 13-7 lead and put himself within touching distance of the semis Pipe took his tally of 180s for the game to ten as he hit legs of 11 and 13 darts and a 104 checkout in winning three of the next five to stay in touch, but Taylor proved too strong as he hit four 177 scores in the latter stages before sealing a superb victory on double eight.

"It was a very difficult game and Justin was superb, and he really pushed me," said Taylor. "His concentration levels are fantastic, he's a lovely man and I enjoyed the game. He let me in on a couple of shots and I took advantage, and it's really set me up for the semi-finals now. I was hanging in there at five-all, and towards the end I seemed to hit form and kept putting the pressure on him."

Pipe admitted: "Phil was amazing, he's relentless and he showed his brilliance. He punished me every time I had a dodgy throw and against most other players I might have won with that performance. It was a learning experience for me and I know what areas I need to improve, and I'll go away and do that now, but I'm over the moon with how I played. I'm very disappointed to lose, but I kept fighting and I'm really proud." 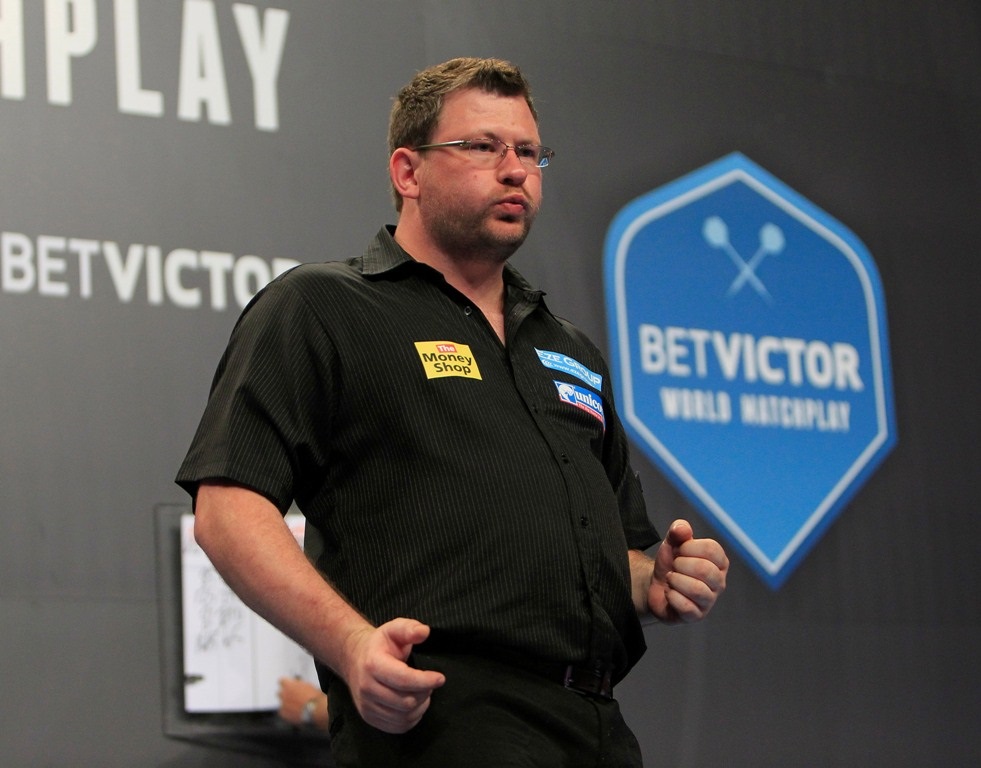 2007 champion and four-time runner-up Wade, meanwhile, continued his incredible run of success in the World Matchplay with a gritty, high-quality 18-16 tie-break win against Whitlock in a classic. The lead changed hands seven times in an absorbing clash, with Wade finishing the stronger as he moved into a final against his great rival Taylor, who has won all four of their finals in Blackpool since 2006.
Whitlock, like Pipe, had opened the match with the first of ten maximums, breaking throw with a 14-darter only for Wade to reply with two 180s, a 12-dart finish and a 120 checkout as he moved 2-1 up. The next four legs were shared before Whitlock took three in a row to lead 6-4 - before Wade hit tops for four legs running as he put himself into an 8-6 advantage. Whitlock levelled with a break of throw before then hitting back-to-back 12-darters, finishing 130 on the bull and 92 on double eight, to lead 9-8. Wade then moved back ahead with a brace of double top checkouts to lead 10-9, only for the Australian to show his class by winning the next four legs, taking out 124 on the bull in one, as he put himself into a 13-10 advantage. Wade hit back with successive 14-dart legs, and wired tops to level the game as Whitlock hit the same bed to move 14-12 up.
Wade, though, again showed his class by striking back, punishing a miss from Whitlock to win his 13th leg before then squaring the contest in dramatic fashion by trading 180s with his opponent before taking out a 135 checkout on the bullseye. Wade added his seventh 180 of the game in a 14-darter as he moved 15-14 up, and when Whitlock fired in a maximum and levelled, the game went into a tie-break of needing to be won by two clear legs. Wade - with the advantage of throw after Whitlock's pre-match decision to hand the throw to his opponent - took the 31st leg with yet another 14-dart finish, and though Whitlock replied with double five, Wade landed tops to go 17-16 up and sealed victory on double ten.

"I'm very happy to have won such a great game," said Wade. "It was a very hard game and physically and mentally exhausting and it was relentless at times. Simon hit so many great shots but he missed three chances towards the end and that was vital for me. The 135 was huge and I don't know how it went in, because my first dart couldn't have been worse in terms of blocking the bull, so it was great to see it sail in!"
Wade added: "I'm happy that I get to play Phil on Saturday and I'm looking forward to playing a great game of darts with him. I think I've got a little bit extra in this tournament - I love the format, the venue and the fans in Blackpool and it shows in my game."

Whitlock said: "I'm a tiny bit disappointed but very proud of myself. James is a great player and he showed his class with his finishing - I had to out-score him and I think I did, but his finishing destroyed me and the 135 was huge. It turned the match. I got better as the tournament went on and I can't play much better than that. Maybe I missed a few doubles here and there, but I really enjoyed that match and played close to my best. He was brilliant, and I hope he wins the tournament now."