PHIL TAYLOR claimed a 14th BetVictor World Matchplay title and a record-breaking sixth successive victory in the tournament with a stunning 18-13 defeat of Adrian Lewis in Sunday's final at the Winter Gardens.

Taylor's domination of the 400,000 pound event continued with a relentless performance, maintaining an average of over 110 for the duration of a remarkable final. He ended the game with an average of 111.23, a record in the 20 World Matchplay finals, and also took out three ton-plus checkouts at key moments during a superb contest.
Lewis played his part with an incredible 19 maximums in defeat, and ended the game with an average of almost 106, but was left to rue a typical mid-game surge from Taylor which turned the game on its head. 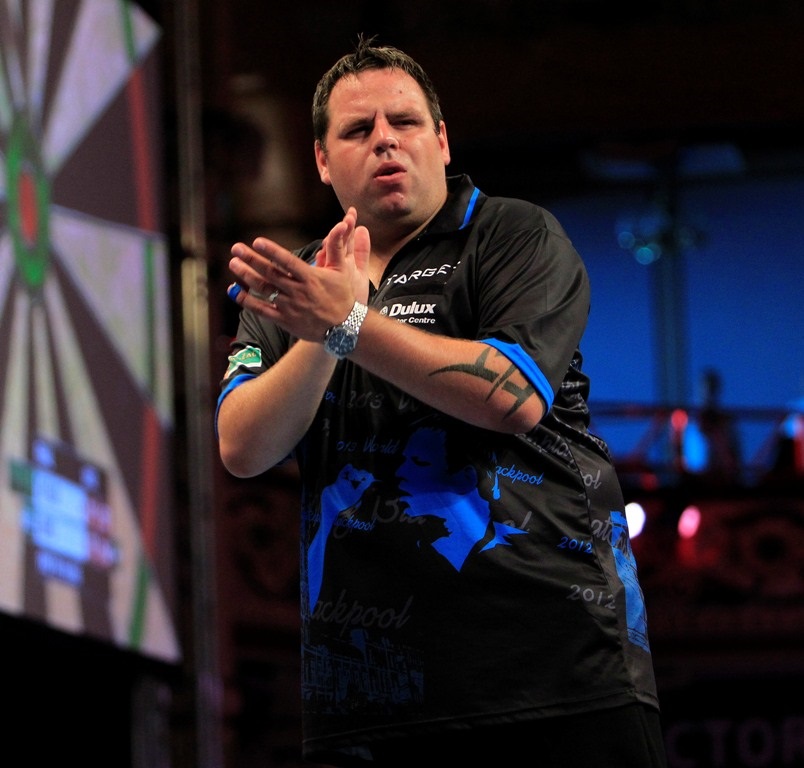 Lewis had hit his first 180 in the game's opening leg, which Taylor won in 13 darts only for the world number three to repay the favour in the second. Taylor also landed a 177 and took out 88 on the bull to win the third in 12 darts, but Lewis finished 87 to level and punished a miss at the middle double from the reigning champion to break with an 81 checkout in leg five. Lewis then posted a 180 as he took a 4-2 lead, and the next four legs were shared to leave the 28-year-old 6-4 up. Taylor, though, found another gear to turn the game on its head with an incredible six-leg burst to put himself in command at 10-6, starting the run with double eight before taking out 130 and 123 in successive legs and an 11-dart finish.
Lewis ended the charge by hitting double one after landing the first of eight 180s in as many legs during a sustained burst as he looked to hit back, winning four legs out of five as he pulled back to trail just 11-10. However, he missed one dart at tops to square the match as Taylor hit double four to break in the 22nd leg, before legs of 13, 12 and 14 darts moved him 15-10 up. Lewis then punished missed doubles from Taylor to win the next two legs with back-to-back 14-darters, and the fightback continued as he took out 127 on the pull to pull back to 15-13. He added a 177 in the next leg, but missed three crucial darts at double 12 to allow Taylor back in on double one, before the World Champion finished 136 to move 17-13 and defied two 180s from Lewis by hitting his ninth of the game before sealing a brilliant victory with a 13-dart leg on tops. 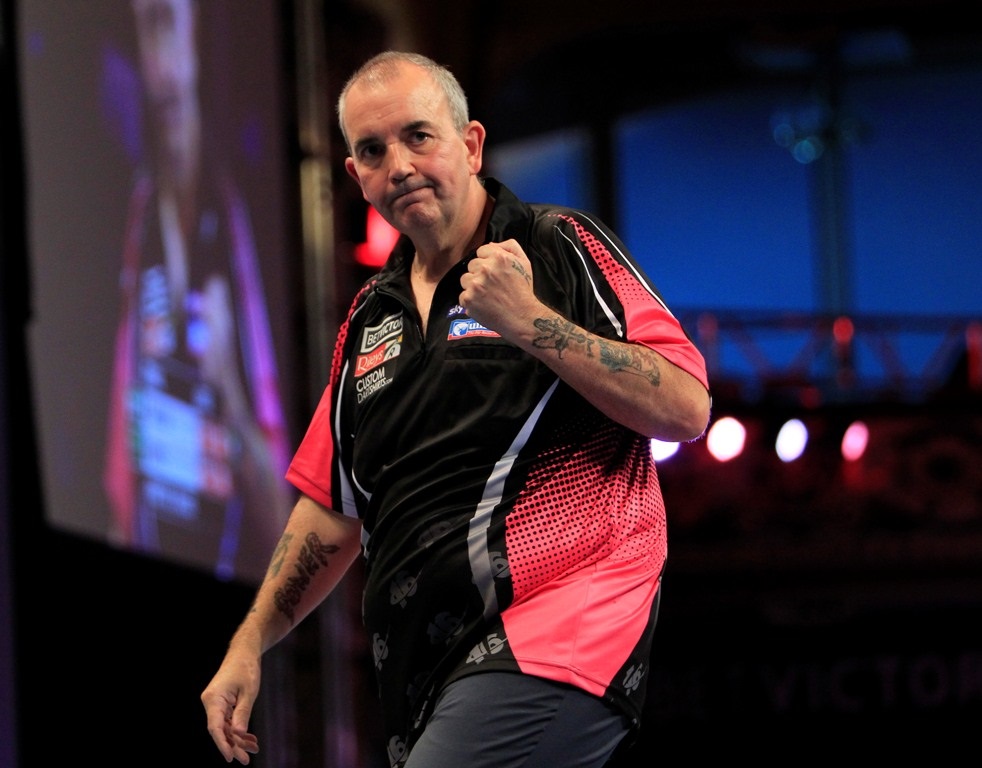 "It was tough and it's probably one of the best finals I've ever been involved in," said Taylor. "It was a great final and there were two winners there. I knew that Adrian would throw a lot of 180s but my game plan was to hit the 140s and 137s and the odd 180 to keep him under pressure. I had to keep pounding him, and it felt that every time I turned around he was hitting a 180. He was phenomenal and I've never played anyone like him because it's very difficult to keep up with him. He was superb. When I was 6-4 down I settled down a little bit and threw probably two seconds slower than I had been, because I'd been tending to rush in and I was getting involved with the crowd and with Adrian. It's such a special venue for me and it's fantastic for me to win this title again. It's getting harder and harder every year, but it will be hard for it to get any better than this."

Lewis picked up 50,000 pound as runner-up, but was unable to follow up his recent European Championship victory by claiming back-to-back majors.
"I threw everything at him but he put me under so much pressure," said Lewis. "I gave it my all but I fell short at the end, and Phil showed what a great champion he is. Phil's averaged 111 over 31 legs and there will never be another Phil Taylor. He's amazing and it was a great final to be involved in. I've had a brilliant couple of weeks and my form's been superb. I've still got a lot more gears yet but I'll stay focused on what I'm doing. I'm really pleased to have reached the final here, and I've got lots to look forward to in the rest of the year, starting with going to Australia for the Sydney Darts Masters and then the World Grand Prix in Ireland."