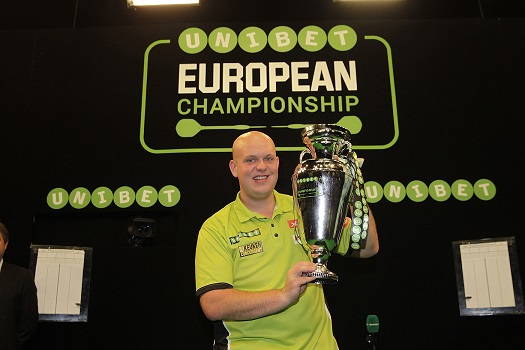 The world number one followed up his 2016 successes in the UK Open, World Matchplay and World Grand Prix by claiming another huge triumph as he scooped the 100,000 pound first prize on Sunday night.
Having swept past fellow Dutchman Jelle Klaasen 10-3 in the quarter-finals, van Gerwen proved too strong for world number six James Wade in the semis as he came from 6-5 down to win 11-7. He then produced an unstoppable display in the final with a master-class against Suljovic, who had knocked out Phil Taylor and Peter Wright to reach his first TV final before being blown away by the reigning champion. Van Gerwen's 111.62 average was the highest in a televised ranking final and a record in a European Championship decider as he claimed his 22nd win of a remarkable 2016 and a third in a row in the event. 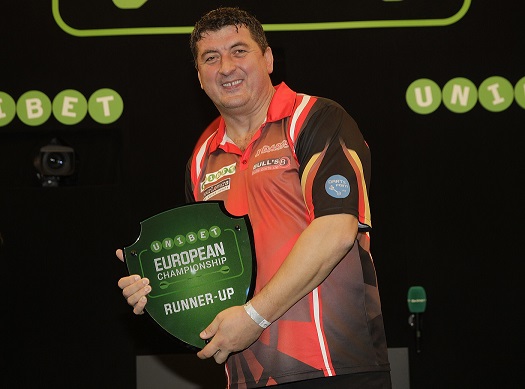 "It's a brilliant win for me," said van Gerwen. "My finishing was fantastic, my scoring power was there and I did everything that I had to at the right moments. Mensur is the most underestimated player in the PDC, I think, and he's a top class player. This was his first final but he is someone we have to look out for. I'm really glad that I've won this trophy for the third time in a row, it's absolutely amazing. It's a long day and you have three games, and you can't afford any mistakes. I knew earlier on that I had more in the tank and I'm glad that I produced it in the final. It was incredible. I played absolutely phenomenally in the final - everything I wanted went in and I'm absolutely over the moon. I'm feeling great about this performance. It's special because I've won this tournament three times in a row. I only live an hour away from here and I had a lot of supporters in the crowd - I feel absolutely great."
Van Gerwen's biggest scare during the tournament came in the first round, when Simon Whitlock missed one dart - at double 15 for a 150 finish - to claim victory in a dramatic deciding leg on Friday. He added: "Simon is a guy who's in form and I didn't play my best game, but after that first round I was comfortable all the way to the final. I want to keep this form going now because there are big tournaments coming up every weekend now."

Van Gerwen opened the final with a 174 score and claimed the opening two legs before double nine gave Suljovic a leg, but the Austrian had little answer as his rival pulled clear. Twice van Gerwen broke with 12-darters, including two 180s in one leg and a 110 finish to follow a 174 score in another, before also taking out 157 as he moved 7-1 up. After finishing 72, he punished two missed doubles from Suljovic to move 9-1 up for posting double 16 and double nine to complete the rout with a 111.62 average as he completed a brilliant hat-trick of European Championship wins. 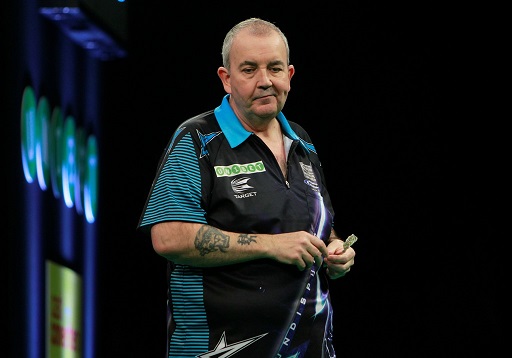 Suljovic moves up to seventh in the PDC Order of Merit after winning 40,000 pound in prize money, as well as producing the performance of his career to defeat Taylor in the quarter-finals with a sensational display.
"I'm not disappointed - I'm happy to have made it to the final and I gave it my best," said Suljovic. "I knew I had to play my idol Phil Taylor but I'm happy to have come so far." 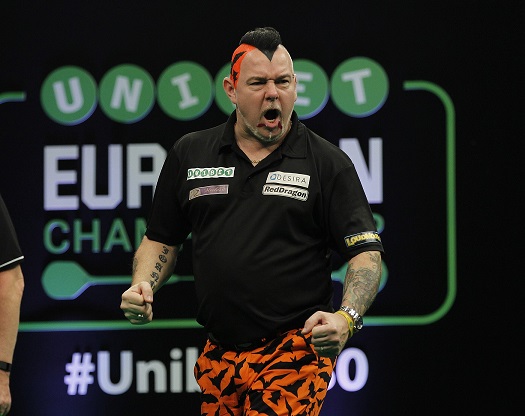 Wright - who wore a Hallowe'en-inspired outfit on Sunday - had overcome Kyle Anderson in the afternoon's quarter-finals to reach the last four in Hasselt for a second successive year, before losing out 11-8 to Suljovic.
"I missed lots of doubles and that was the difference against a player of Mensur's ability," said Wright. "You can't play silly darts like that but it's another semi-final for me and I can take that forward." 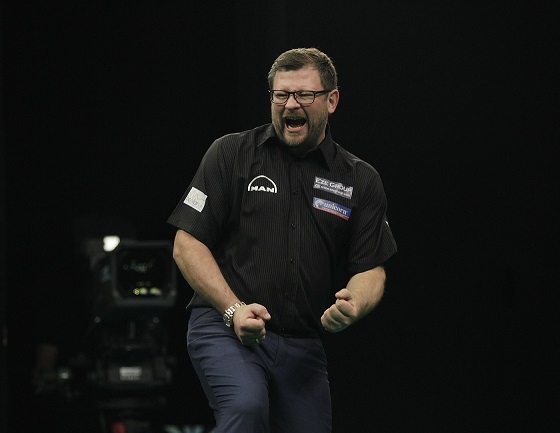 Wright was joined in the semis by James Wade, with the left-hander overcoming James Wilson 10-7 in the quarter-finals with the aid of superb checkouts of 161 and 141, but was unable to deny van Gerwen as he lost out in the last four for a second time in the event.
"I will take positives from this but I wasn't consistent enough against Michael," said Wade. "I wasn't good enough on the night but I know how good I am and I'm more than good enough to win these things - but talk's cheap."

The quarter-finals saw Klaasen lose out at that stage for a fourth successive year in the last eight, while Taylor's bid to win a fifth European Championship title was derailed despite him averaging over 104 against red-hot Suljovic.
Australian ace Anderson had reached a televised ranking quarter-final for just the second time in his career, while Wilson continued his rise towards the top 32 with his first run to this stage in a televised PDC event.