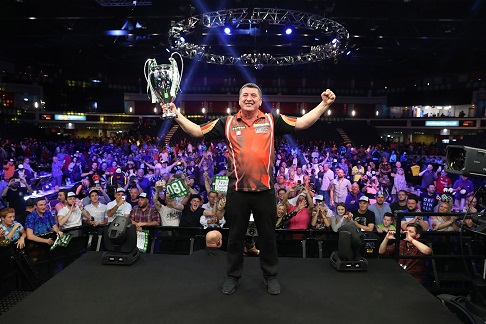 MENSUR SULJOVIC claimed the first televised title of his career with a brilliant 11-9 success over Gary Anderson in the Unibet Champions League of Darts final in Cardiff on Sunday night.
The world number seven had won through to only his second TV final with a series of outstanding performances throughout the weekend in the BBC-televised event - despite being the 40/1 pre-tournament outsider with Unibet.
The 45-year-old opened the tournament with a 10-3 group stage win over Anderson and also saw off Peter Wright and Dave Chisnall to book a spot in the semi-finals. There, Suljovic took out a stunning 160 checkout to seal an 11-9 win over Raymond van Barneveld as he secured his place in the decider. The final proved an equally close affair, before the Austrian emotionally closed out an 11-9 victory to claim the 100,000 pound title. 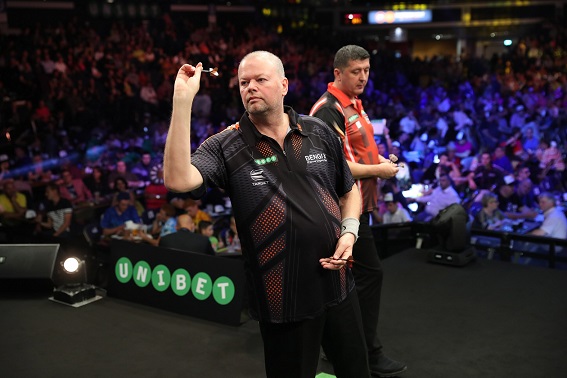 Anderson - who ended Phil Taylor's title defence in the semi-finals - led 2-0 and 3-1 before Suljovic took out 116 and 118 in a run of five successive legs to move 6-3 up. Anderson then took three in a row to level at six-all, finished an 11-darter to square the game in the 16th leg and took out 80 with two double tops in leg 18 as the final went to a three-leg shoot-out. His favourite double 14 moved Suljovic 9-8 up, before three missed doubles from Anderson allowed his rival back in to seal victory by hitting the same bed. Suljovic's fairytale story comes only weeks after the birth of his second child, a daughter Ema, and saw the Serbian-born ace emotionally drop to his knees on stage as he celebrated the success.

"I feel perfect," said Suljovic. "I never thought I could win this tournament. "Gary is a brilliant player, a gentleman and I've got so much respect for him but I played well and I never gave up. I played well and was focused on my game but I never thought I could beat Gary twice. "I couldn't dream of being in the semi-finals but I gave it my best and fought so hard. I was so happy to get to the final against the best players in the world." 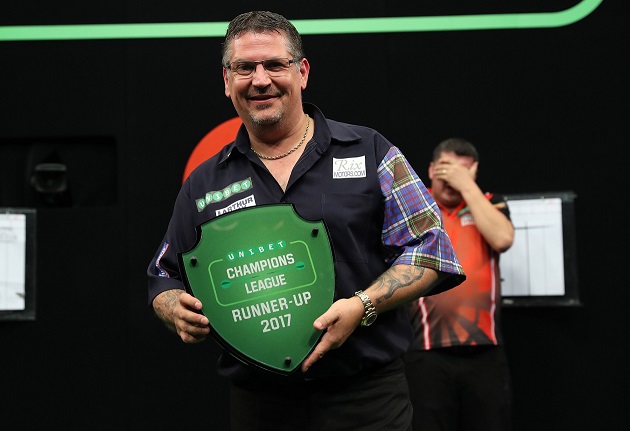 Anderson had bounced back from his opening loss to Suljovic by overcoming Dave Chisnall on Saturday night before surviving eight missed match darts from Peter Wright in their Sunday afternoon shoot-out to claim a semi-final place with a 10-9 triumph. He then ended Taylor's title defence at the Motorpoint Arena in Cardiff with an 11-6 triumph in the last four, with the reigning champion taking out 102 and 121 in the opening two legs only to see Anderson win eight in a row on his way to victory.

However, Suljovic again enjoyed victory as he denied Anderson the 100,000 pound title, with the Scot admitting: "Mensur has been brilliant and you can see how much it means to him. "He's been phenomenal for the last two years and he's been the best player this weekend. He deserves it - he's been the player of the tournament and smashed the lot of us. "It's been a great event. It's a couple of weeks since I won in Perth and I got better as the event went on. I struggled against Mensur, then played better on Saturday evening and played well today. "I did alright in the final and I'd have loved to have made it ten-all and then see what happened in the last leg, but I had three clear darts at double ten and made a complete mess of it, so we'll never know." 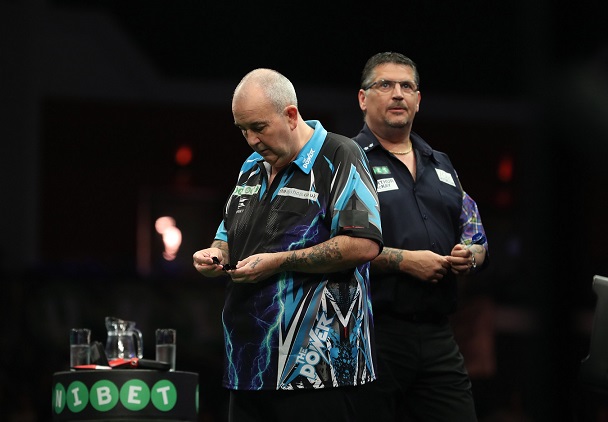 Taylor had topped Group A after defeating World Champion Michael van Gerwen 10-9 in their decisive final round-robin fixture, coming from 2-0 down to book his spot in the last four. However, Anderson proved too strong as he won their repeat of the 2015 World Championship final.

"I've enjoyed the whole weekend but I didn't have the energy levels to beat Gary," admitted Taylor. "It's great to play one game per day, but this is gruelling for me. "Gary seemed to follow me in but I missed a few doubles and the one I've learned over the years with Gary is that you've got to put him under pressure and I couldn't - I didn't have the energy. "I was trying so hard but it didn't seem to go in. I've loved it in Cardiff and it's been a great event."

The third staging of the Unibet Champions League of Darts will take place on September 22-23 2018, live on BBC Sport.