Tomorrow in Cardiff in Wales the second Champions League of Darts will begin - on of the tournaments for which the qualification criterion is very easy: the participants are the top eight of the PDC Order of Merit after the World Matchplay. 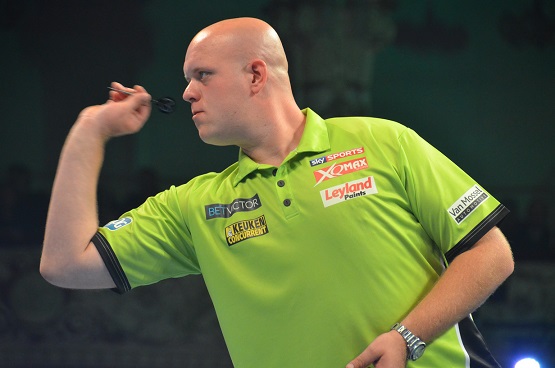 The tournament is special in various ways. One of those is the kittle number of participants. Beside the format is unusual. As in the Grand Slam first round robin will be played in two groups with four players each before the semi-finals and the final follow in knock out format. The tournament originated in the idea that the PDC wanted to offer the BBBC a new tournament to broadcast. So the viewers and Fans in the UK now can follow this tournament for free while all other PDC events are broadcasted on pay TV. 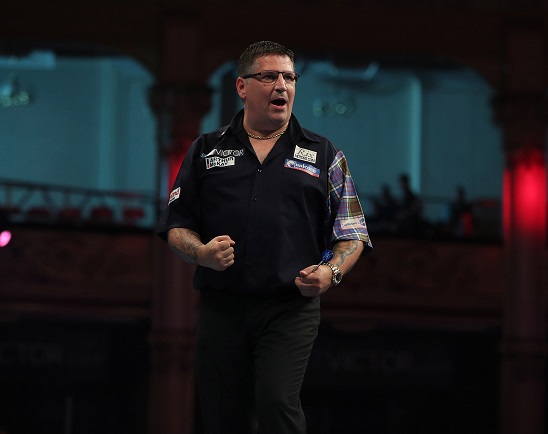 This year we've got three players in the tournament that were not among the top eight last year: Dave Chisnall, Raymond van Barneveld and Mensur Suljovic.
Phil Taylor won the first Champions League last year and defeated in the final Michael van Gerwen. Taylor takes part again this year and to be sure wants to defend his title. Whether he'll be able to do that is difficult to predict as we can rarely see him play now-a-days and nobody has an idea about his form. But he still is good enough to win tournaments when he's determined to as he showed in the World Matchplay in July. And he is still good enough to defeat van Gerwen - he proved that in the World Matchplay impressively as well. But van Gerwen just returned imperiously from his "baby break.
So it will not be easy for Taylor to defend the title. His first match Taylor will play against Adrian Lewis and no one has a clue about his form. Lewis reappears from a "baby break" as well but it was much longer then van Germen's as Lewis had surgery as well. And as we are talking about babies - Mensur Suljovic, debutant this year, has a new baby at home as well though he didn't take a break. It showed last weekend during the European Tour event - little sleep and no time for practice are not ideal premises for top performances at all. In the second group the strongest players probably will be Gary Anderson and Peter Wright though both suffer from form fluctuations. Anderson won the Perth Darts Masters but that was a month ago. Wright played a really weak tournament last weekend. He after that returned to his old darts, his Diamond darts and told he feels very good with those in practice. When he played them in the first few months of this year he showed really great performances. We've to wait and see what will happen in Champions League. The other two players in this group are Dave Chisnall and Mensur Suljovic. I can't imagine Suljovic has recovered during this week from his sleep and practice shortfalls - probably he'll not be able to reach the knock out stge. Dave Chisnall is a player who tends to surprise with absolutely brilliant matches but usually disappoints in the following match. To survive the group phase he would have to play three good matches. Can you imagine he'll manage it?

The tournament is the start for the autumn season and a first hint how the preparation for the most important tournament of the year - the World Championship - goes on. I am looking forward to find out who'll way out in front in Cardiff.