MICHAEL VAN GERWEN, Phil Taylor and Raymond van Barneveld all came back from 4-2 down to remain unbeaten in the bwin Grand Slam of Darts in Sunday's second group matches at the Wolverhampton Civic Hall. 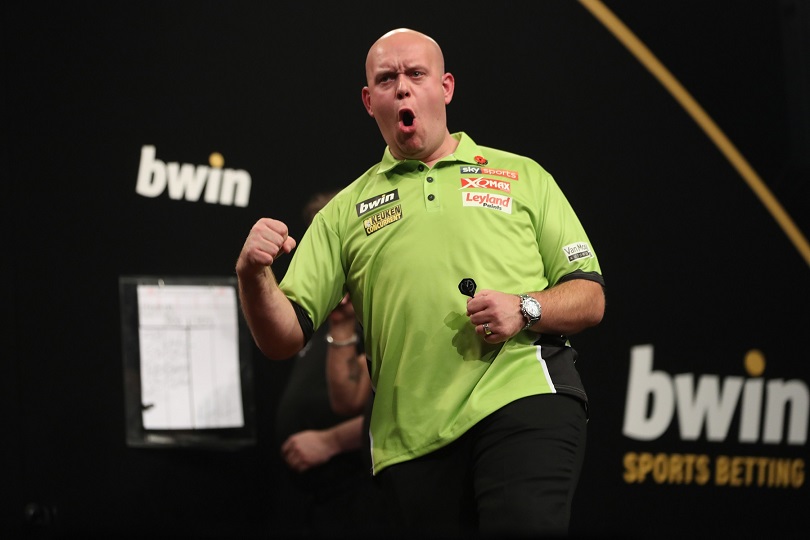 Van Gerwen had been staring defeat in the face as Rob Cross took out finishes of 114 and 170 to move 4-2 up, only to miss two match darts as the Dutchman forced a decider. The World Champion then showed his class with an 11-darter to secure the victory and qualification for the knockout phase with one Group A match remaining.

"It was a great game, both for us but also for the fans," said Van Gerwen. "He made me work hard but this is good for my confidence for the rest of the tournament. "You know you have to play your best game against Rob and I was very close to that. The 170 was great from Rob but he missed two match darts and I took advantage of that." 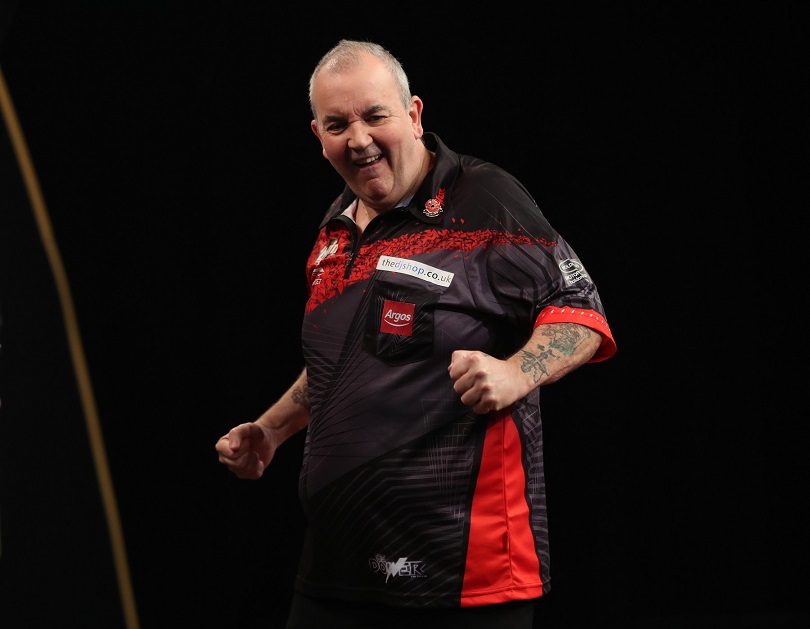 Six-time champion Taylor was punished for a dozen missed doubles against Robbie Green before he survived three missed match darts and then claimed their deciding leg with a 12-dart finish to remain unbeaten in Group C.

"That was hard work, it really was," said Taylor. "I put myself under pressure by missing early doubles but I thought Robbie played superbly. "These players are playing week in and week out and they're not frightened of anybody. I just hoped he might miss three darts at the double and thankfully he did." 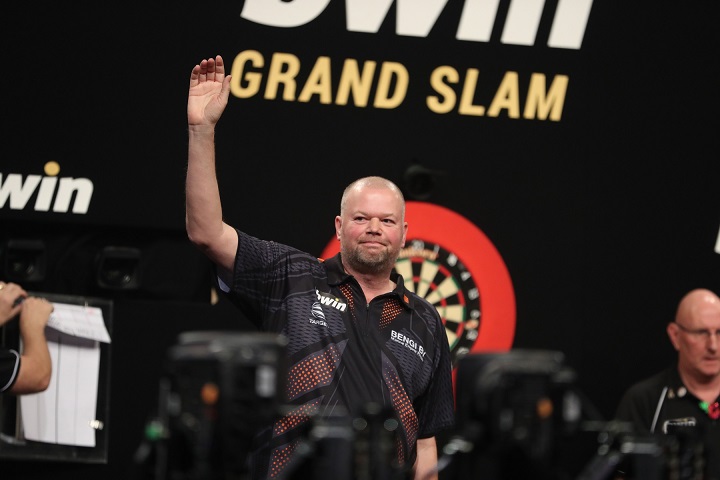 Van Barneveld, the 2012 champion, also came from 4-2 down in his Group B clash with Gerwyn Price before he won their deciding leg with a 13-darter, as another former Wolverhampton winner showed his class.
"It was a really important match for me and I'm happy to win it," said Van Barneveld. "It was an amazing battle and Gerwyn was outstanding, but he never had a match dart."

Van Gerwen was joined in qualifying for the knockout phase following two games by reigning Lakeside Champion Glen Durrant and two-time World Champion Gary Anderson after they picked up their second victories of the weekend with superb displays. 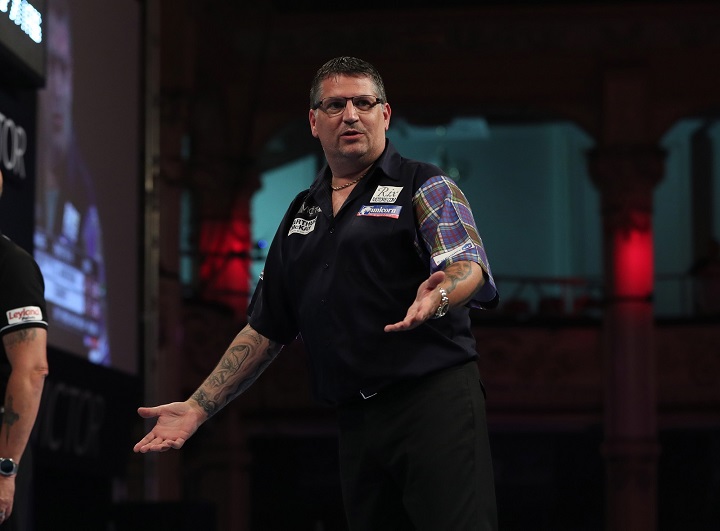 Number three seed Anderson overcame fellow Scot Cameron Menzies on Saturday before seeing off Dutch youngster Berry van Peer 5-1 in Sunday's second matches. Van Peer has been battling against dartitis - where he struggles to release the dart - during his opening two matches, and Anderson had sympathy for his opponent.

"I'm obviously glad to be through but it was really tough to see Berry struggling like that," said Anderson. "He's a young lad who he was trying his best and it's hard for him. "I had to try and concentrate on my own game and I did that pretty well, but I've still got to focus on the last match because I want to qualify as a Group Winner." 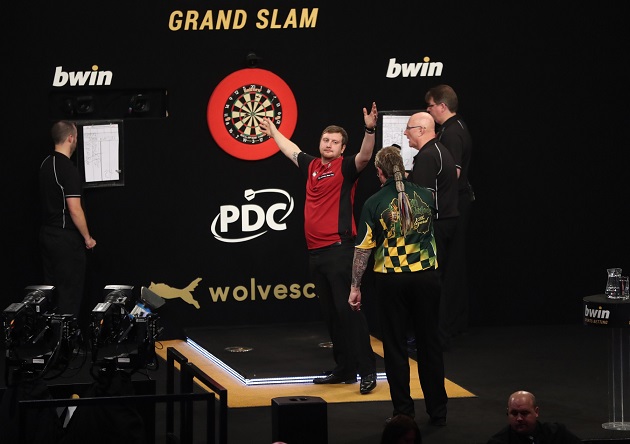 Scottish newcomer Cameron Menzies will know take on Van Peer in a Group H shoot-out on Monday night after eliminating Simon Whitlock with a 5-2 win over the Australian.
"This is a dream for me but I'm loving every moment," said Menzies, who has emerged on the BDO circuit this year. "I've never experienced anything like this in my life. "I've got nothing to lose and I'm just happy to be here in this company. Just to play Gary yesterday was incredible for me, but to beat Simon is amazing." 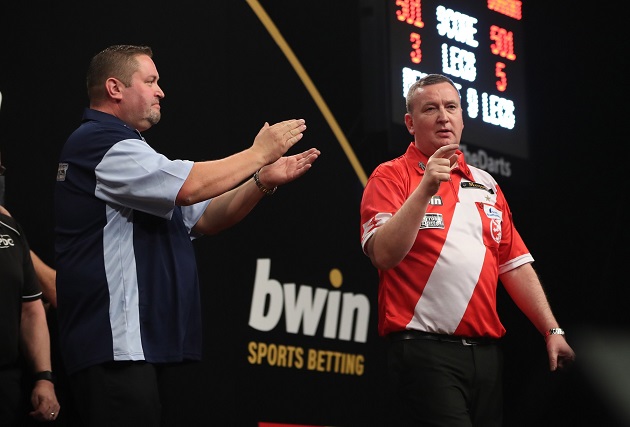 Lakeside Champion Durrant also secured a last 16 spot as he continued his impressive form in Wolverhampton by averaging 103.50 in a 5-3 comeback win over Alan Norris.
"I'm feeling absolutely great," said Durrant "I found it harder today against Alan than I did against Peter Wright but I'm delighted to win and be through. "That was the first objective for me so I'm happy but I'm playing pretty well. My finishing has been really good so far and my averages are a sign of that, but my new darts are flying well and I love this stage."

Wright bounced back from his opening defeat to Glen Durrant with a clinical whitewash of Corey Cadby in their second Group E contest, picking up two points and crucial leg difference as he eliminated the Australian. 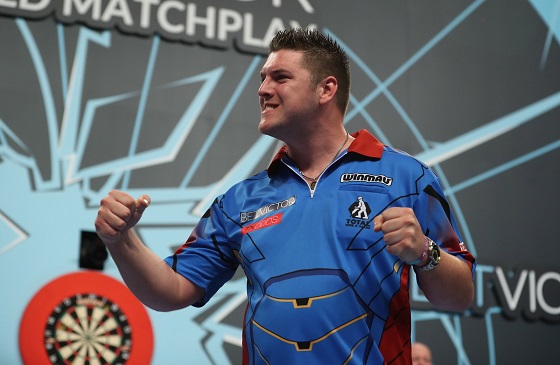 Irish youngster Steve Lennon produced a 100 average as he whitewashed local star Jamie Hughes in Group B, and the former accounting student now has a chance to reach the knockout phase when he meets Van Barneveld on Tuesday.
Two-time finalist James Wade bounced back from his disappointing defeat to Robbie Green with a 5-1 win over Peter Machin in Group C, with the Australian now eliminated from the event. 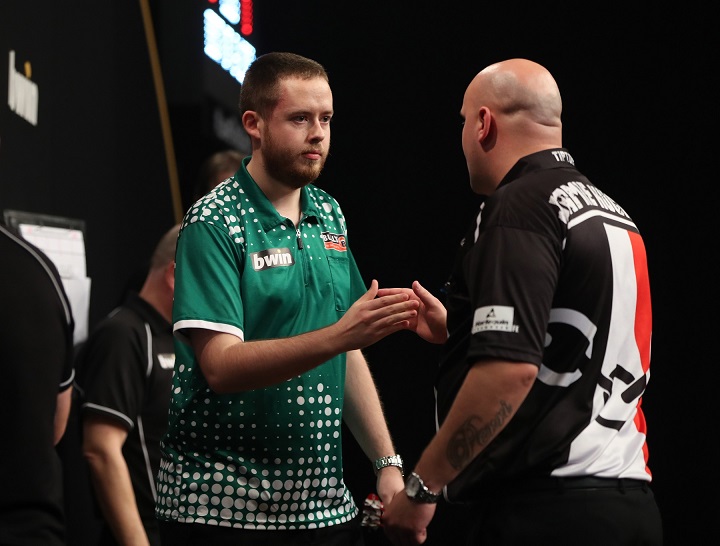 Ross Montgomery bounced back from his opening defeat to Van Gerwen with a 5-3 defeat of Joe Murnan which gives the Scot - who averaged 101 - a chance of qualifying from Group A.
Mensur Suljovic moved a step closer to qualification for the knockout stage with a narrow 5-4 win over Michael Smith to claim his second win of Group G, where James Wilson came from two legs down to defeat Mark McGeeney.
Stephen Bunting put one foot into the second round as he claimed his second victory of the weekend, overcoming St Helens rival Dave Chisnall 5-2 in Group F, where Scott Mitchell was a 5-3 winner against Jeffrey de Zwaan.