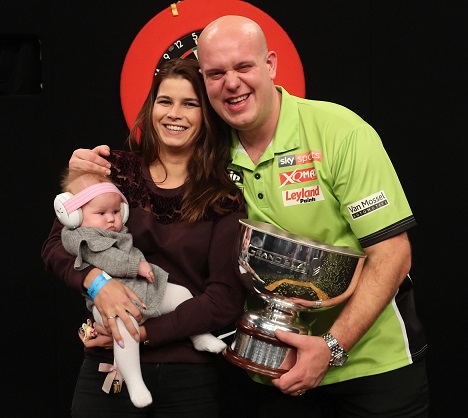 MICHAEL VAN GERWEN retained the bwin Grand Slam of Darts title and extended his winning streak in Wolverhampton to three years with a brilliant 16-12 success against Peter Wright in Sunday's final.
The Dutchman had been in dominant form in Sunday afternoon's high-profile semi-final with Phil Taylor as he ended the six-time Grand Slam champion's hopes of a farewell triumph at the Wolves Civic with a 16-8 success. He then denied Wright a third TV title of the year as he scooped a 112,500 pound winner's cheque by continuing his Grand Slam dominance in outlasting Wright in the final.
The colourful Scot, who claimed his first TV title at March's UK Open amongst 11 tournament wins so far in 2017, shared the opening 20 legs with Van Gerwen but was powerless to stop the Dutchman pulling away for glory. 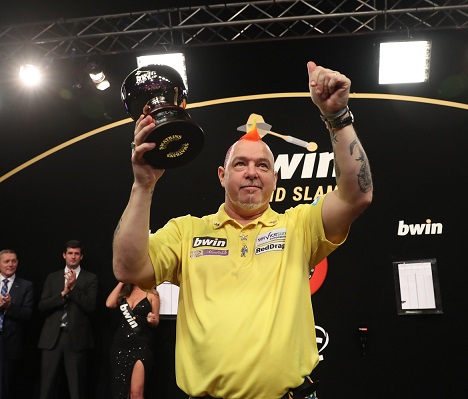 "To win a tournaments like this is always nice, especially in a game like that," said Van Gerwen, who landed four ton-plus checkouts and averaged over 102 in the final. "It was a final and there was pressure on us. You want to perform at as high a level as possible and I think I had a fantastic tournament. "After ten-ten I had a little turbo, but maybe we were trying too hard and we didn't want to lose to each other. Sooner or later Peter will stop me in a final but I'm over the moon that I won. "I feel great and winning a tournament like this is always nice, good for your confidence and I think I also deserved it with the way I played, the average I threw, the 180s and the good scores."
Van Gerwen was joined on stage by baby daughter Zoe as he celebrated the win, and he admitted: "Winning tournaments is nice, trying to be the best in the world is nice but nothing beats this." 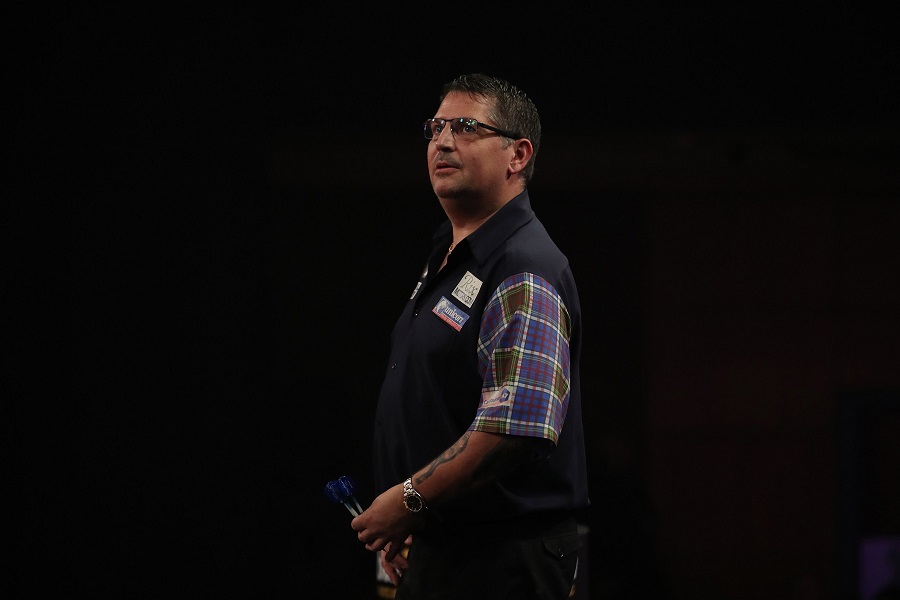 Wright took out an early 120 and hit back after Van Gerwen edged 3-2 and 4-3 up by regaining the edge as the pair traded legs, with the World Champion hitting two 12-darters, a 13-darter and six perfect darts in response. Wright took out finishes of 156 and 149 as he led 10-9, but Van Gerwen crucially checked out 146 and 100 in a run of four successive legs to finally assert his dominance. Number two seed Wright hit back on tops and double one to claim two of the next three, but tops moved Van Gerwen 15-12 up before he sealed the title with double 16. Van Gerwen is now unbeaten since October's World Grand Prix, having since retained the European Championship, World Series of Darts Finals and now the Grand Slam of Darts in an imperious month.

"I'm glad I won another trophy," said Van Gerwen. "When you have a period like this it's good for you and for your confidence, especially for the World Championship which is coming up. "I'll have a rest now because next week is the Players Championship Finals and I want to win that too." 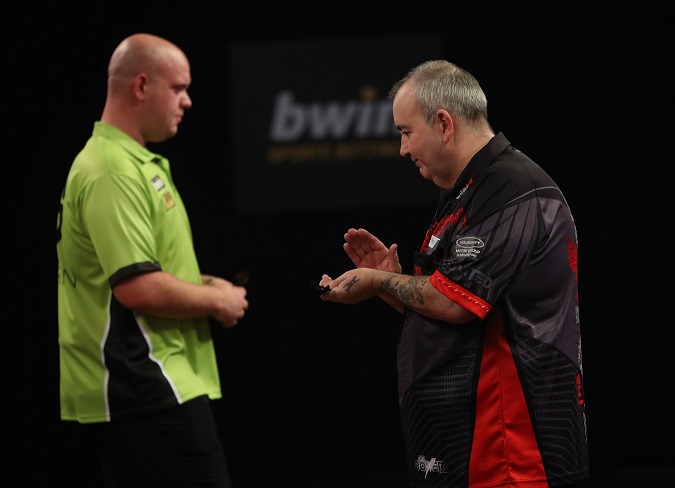 Wright had made a brilliant comeback from 14-8 down to win his semi-final against Gary Anderson 16-15 before losing out in the decider, and conceded: "I'm gutted.

"I had my chance and didn't take it, and that's why he is number one in the world. Neither of us played our top game in the final and I was struggling throughout the match, but the best player won on the day. "I had plenty of chances and didn't play well in the final. I struggled through the whole game, I wasn't good enough and I'm disappointed with the way I played - but I got to the final. "I played some really nice games this week, and I can take positives from this."