DIMITRI VAN DEN BERGH claimed glory in the PDC Unicorn World Youth Championship with a superb 6-3 win over Josh Payne in Sunday's final at the Butlins Minehead Resort.
The pair had won through to the decider earlier in November when the last 64 faced off in the early rounds in Wigan, where Payne ended Corey Cadby's reign as the champion. 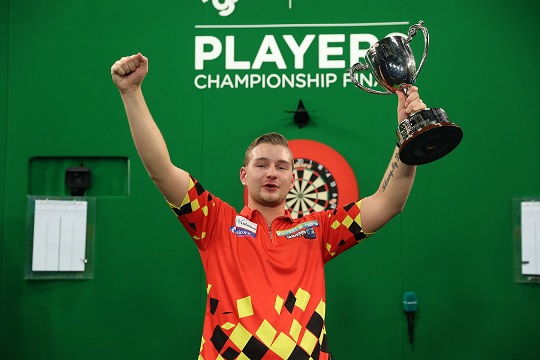 It was Belgian youngster Van den Bergh, though, who scooped the 10,000 pound title with a fine display in Minehead, averaging 101.23 and hitting six doubles from ten attempts.
He took a two-leg lead courtesy of double top and double 16 before Payne landed a 180 and an 84 finish to hit back. Van den Bergh hit tops in successive legs as he moved 4-1 up, and countered a 108 checkout from Payne with an outstanding 146 checkout to lead 5-2. Payne hit double 16 to stay in the game, but Van den Bergh scored 177 and 150 to leave 36 in the next before a third-dart double 18 sealed the title. 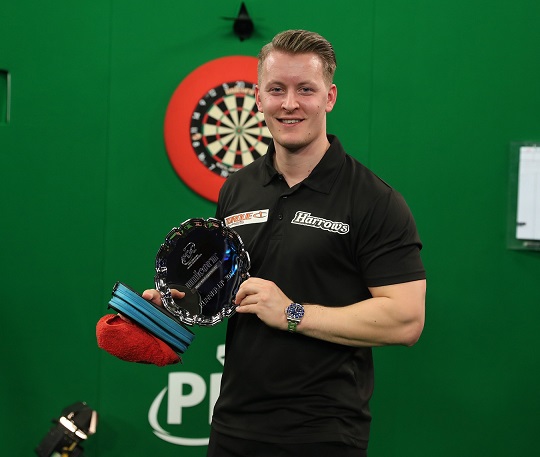 "It's unbelievable to win this title," said Van den Bergh. "It feels like a dream and it's absolutely amazing. "Winning this says something about what may happen for me in the future. It's a step forward and there's a whole lot more to come for me. "It's very important for me. Playing this tournament has prepared me well for the World Championship and whoever I play there will need to be ready."