CHISNALL DOUBLES UP AS VAN GERWEN BEATS BARNEY IN BELFAST 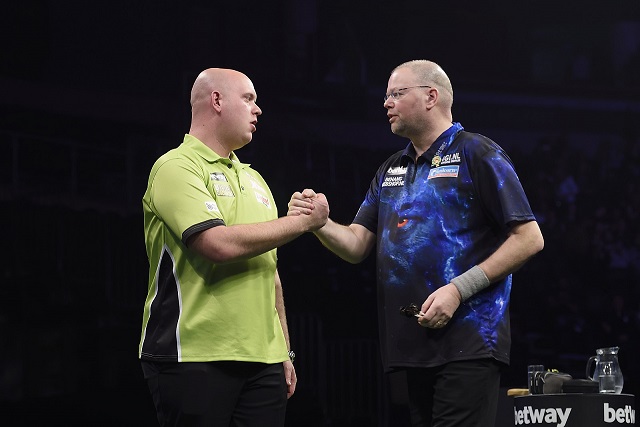 Van Barneveld reached the landmark anniversary on the same day as his all-Dutch clash with the World Champion, but saw Van Gerwen avenge his loss in Manchester last month with a dominant display.
The pair shared the game's opening four legs - with Van Barneveld powering in a 140 checkout in leg two and Van Gerwen hitting back with an 11-darter in the third - before the world number one pulled clear. Double eight moved Van Gerwen back ahead before he broke throw for the first time on double ten, a 14-darter opened up a 5-2 lead, a 92 finish with two double 18s secured a minimum of a point and double eight completed the triumph.

"It was a good win and I did the job tonight," said Van Gerwen. "I expected Raymond to play better on his birthday but there was only one winner tonight. "He was not himself, I think it had to do with his birthday and the game against me put a bit of pressure on him on this day and he wasn't as focused. "It had to be difficult for Raymond but I had a job to do; I want to be top of the table again and I have to do my duty. "I love to play well and that keeps me motivated. I've been top for the last three years and I want to do it again." 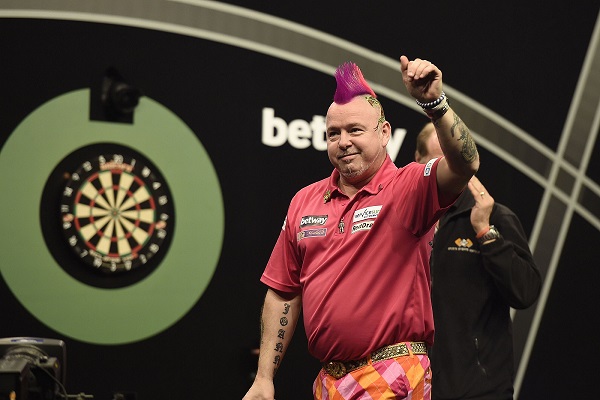 Van Gerwen remains two points clear of Peter Wright, whose Play-Off challenge continued with a 7-3 win over James Wade.
Wright - using a new set of darts on stage - also shared the opening four legs before three in a row moved him clear, and though Wade responded with an 81 finish, the UK Open champion took the next two for victory.

"It wasn't the best performance but it's a win, two points and it keeps me in the top four," said Wright. "Getting the win was the aim tonight and I did that. "I did enough to get the win but neither of us were at our best. I've been practising with these darts for a couple of weeks and felt good with them, but they didn't go like I thought they would tonight." 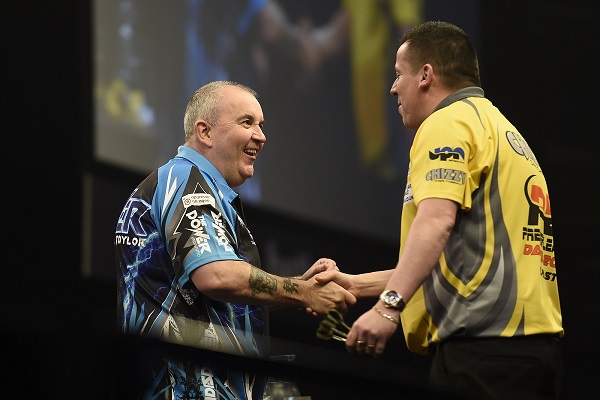 2015 Premier League semi-finalist Chisnall moved two points behind the top four as he capitalised on his double-header in Belfast with wins over Adrian Lewis and Phil Taylor.
Chisnall opened the night by claiming his first win since Week Five in Exeter - when he also doubled up, in the absence of Van Gerwen - by seeing off Lewis 7-3. After Chisnall raced into a three-leg lead - including a 13-darter followed by an 11-darter - before Lewis took two of the next three, with a 99 finish and a 13-darter, to pull back to 4-2. Lewis then opened a fourth successive leg with a 180 in the seventh, only to see Chisnall fire in a maximum to set up double 16 as he claimed a crucial leg to lead 5-2. Three missed doubles allowed Chisnall to move 6-2 up with a 76 checkout, and though Lewis took out 70 to keep his hopes alive, the St Helens thrower held his nerve to close out victory on double one.
He then returned to the stage to defeat Taylor 7-2 in the night's final fixture, averaging 104 as he won his fifth game of the season. A pair of 13-darters and a 14-dart leg helped Chisnall into a 4-1 lead, with Taylor replying with a 14-darter before Chisnall took the next three - including an 11-dart break of throw - to complete a memorable night. 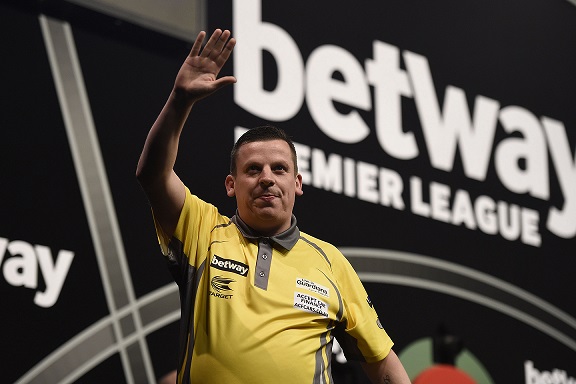 "It's been a great night," said Chisnall. "I'm very pleased with how it's gone and I'm happy to have got the four points tonight. "I've been playing well and hitting lots of 180s but in the last two weeks I've not hit the doubles at the crucial times and today I did. "I'm in with a shout and if I can keep playing like I have tonight then there's no reason I can't make it into the top four"

Taylor had produced a remarkable comeback from 4-0 down in his opener to defeat Gary Anderson with seven straight legs. Anderson had seemed set to romp to victory when he finished double 18, 87 and a pair of 44 checkouts to race clear early on, only for Taylor's relentless scoring to drag him back into the contest. After landing double eight and double 16 to halve the deficit, Taylor then hit legs of 12 and 13 darts to draw level, double 16 to edge in front and a pair of double ten checkouts to complete a brilliant fightback.