KIM HUYBRECHTS and Jelle Klaasen were eliminated from the Betway Premier League on Thursday with defeats in Manchester, as Michael van Gerwen moved to the top of the league table before seeing his unbeaten run ended. 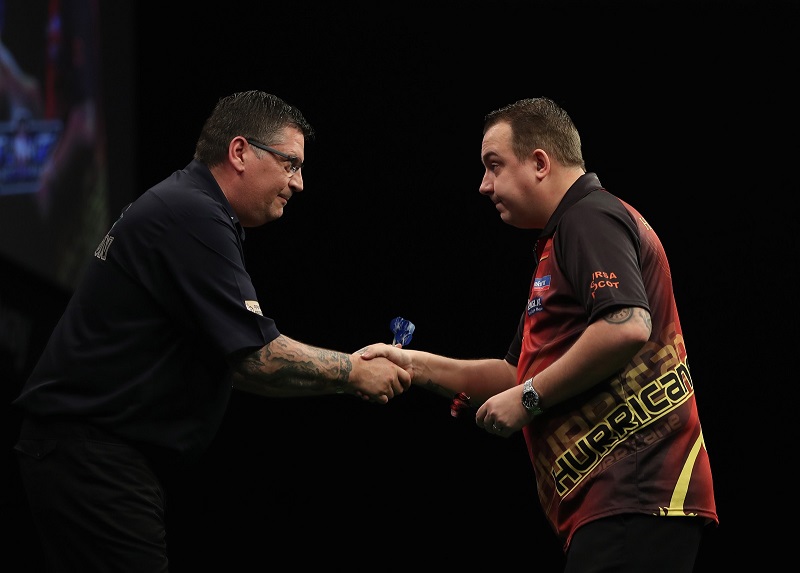 With the bottom two players in the Premier League table eliminated following next week's night in Cardiff - when the players have each met once - defeats for Huybrechts and Klaasen left them three points adrift of Dave Chisnall.
The pair will now exit the tournament as the remaining eight players begin their battle for the Play-Offs next month.

Belgian ace Huybrechts was defeated 7-2 by Gary Anderson, as the Scot hit checkouts of 130, 104 and 132 to boost his own Premier League challenge with a third win of the season.
"I needed the win and it's a good two points," said Anderson. "There was some good scoring and I hit a few good finishes there. "Kim has played very well and just not had that little bit of luck, he could have won against Michael and against Phil Taylor, so it could have been different for him." 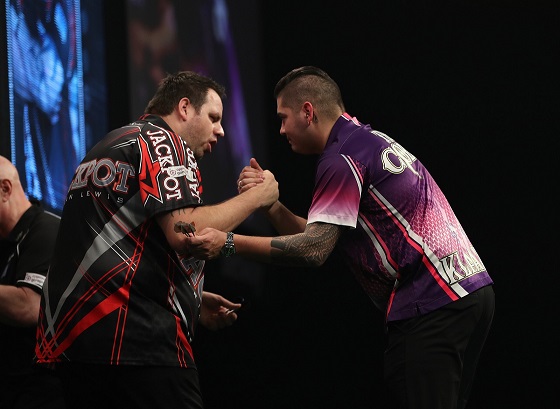 Klaasen, meanwhile, went down 7-5 to Adrian Lewis as the Stoke star won his third successive game, twice pulling clear after the Dutchman levelled before inflicting his opponent's sixth loss of the season.
"I've had three wins on the trot and you can't argue with that," said Lewis. "It was a tough game and a vital two points. I'm trying my best at the minute and I'm playing well in patches."

Reigning Premier League champion Van Gerwen doubled up in Manchester after missing the league night in Exeter three weeks ago with a back injury, and enjoyed a mixed evening. 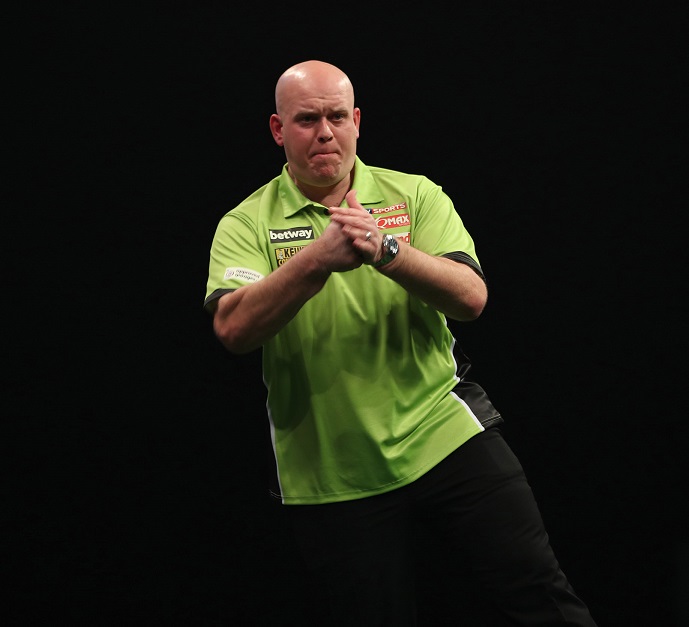 The Dutchman firstly moved to the top of the league table with a 7-4 win over James Wade in the night's opening match to extend his unbeaten run in televised matches to a new record of 44 games. A high-quality game saw the opening eight legs shared, but the 2009 champion crucially missed the bull to break in leg nine as Van Gerwen landed a third-dart double one, before breaking with the aid of six perfect darts and then taking out 120 for the win.
Van Gerwen later returned to the stage but suffered defeat in a televised game for the first time since last September as an inspired Van Barneveld took a 7-5 triumph to move himself into the top three. Van Gerwen battled back from 3-0 down to lead 4-3 - taking out a key 108 in the process - but a slip in the eighth allowed van Barneveld to wrestle back the advantage with three straight legs. Double 14 saw Van Gerwen pull back to 6-5 and force a decider, but the 2014 champion took out 70 to claim his third successive win and a precious victory over his Dutch rival. 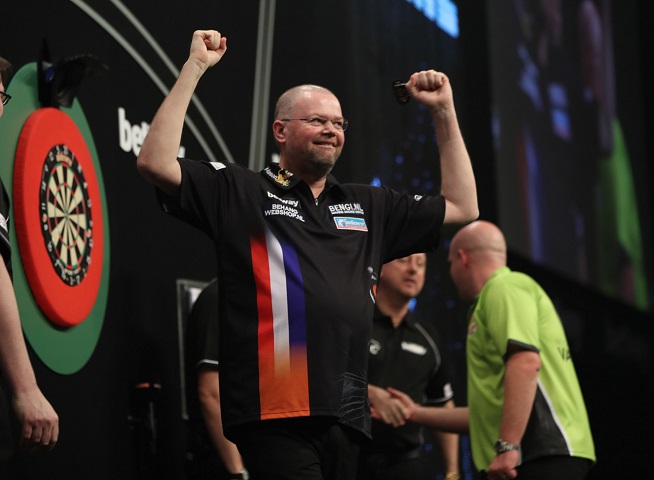 "I'm top of the table and that's where I think I belong, but I'm disappointed because I wanted to be on 14 points and not 12," said Van Gerwen. "Raymond took his chances and hit some good finishes, but this was my worst game of the season. "When I was 3-0 down I got into my rhythm, but I missed some crucial shots - especially when I went 4-3 up - and you can't afford to make any mistakes."

Van Barneveld had missed double 12 for a nine-dart finish as he moved 3-0 up in the win, and said: "Michael's the best player at the moment and if you can beat him that's fantastic. "I'm happy with the win, it's amazing. You can see how tight the league table is and I'm the first player to beat Michael in the Premier League this season - I showed that he is beatable. "Last week in Rotterdam I played the number two in the world, Gary Anderson, and tonight it was the world number one and I got four points." 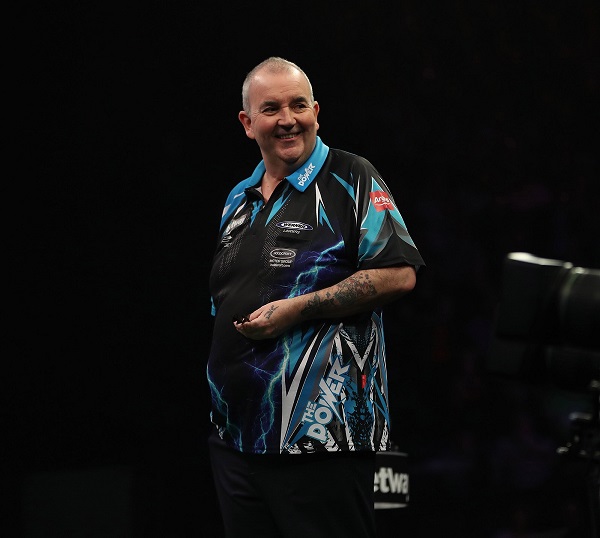 Six-time Premier League champion Taylor bounced back from two successive defeats by edging out Peter Wright 7-5, with the UK Open champion hitting a 156 checkout but paying the price for 12 other missed doubles.
"It's a massive win for me," said Taylor. "It was a strange game - we've both missed plenty of doubles, but his 156 was incredible and I thought he was going to come back and get a draw. "He seems to do things under pressure like Michael van Gerwen does, he's a brilliant player and I think he's going to get stronger, but on the night he wasn't as good as he normally is. "I'm not going to worry and I won't put myself under pressure - I'd love to get in the top four but I'm going to keep pushing and I just want to keep enjoying it." 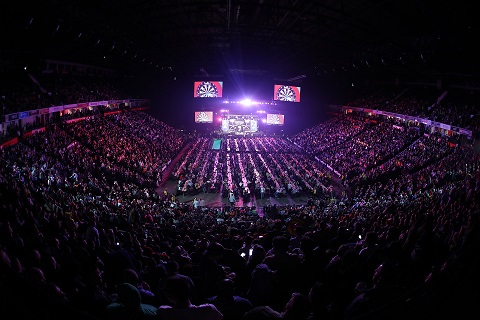