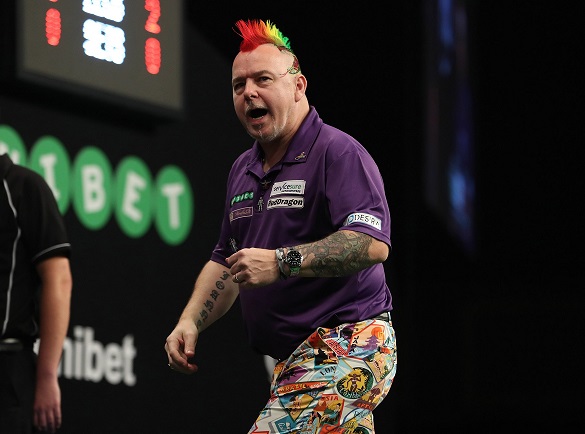 World number three and tournament favourite Wright got off to a slow start in the last match of the evening, with King checking out 68 on double 16 to take the first set 3-2. Wright then began his recovery by winning the second set 3-1, including a 116 checkout on double 18 in the fourth leg. The Scot, who is aiming to win his second televised PDC title and his 11th overall in 2017, claimed the third set by the same margin by pinning a stunning 141 checkout in the process, moving him in to a 2-1 lead. The 47-year-old claimed all three legs in the final set of the match in style, taking out 24 on double 12 in the first, 121 on the bull on the second before finally wrapping up the victory with a 112 finish on tops. The UK Open Champion hit 71 per cent of his attempts at finishing doubles but was clearly struggling with an elbow injury throughout.

"I was practicing and threw one dart too hard and just felt it go 'twang'," revealed Wright, who now plays Suljovic. "It was really affecting me in the first set but I adjusted my throw and it got a little better and fortunately I'm through. "I'll rest tonight and be ready to play Mensur, he's playing alright at the moment but people aren't playing well against him." 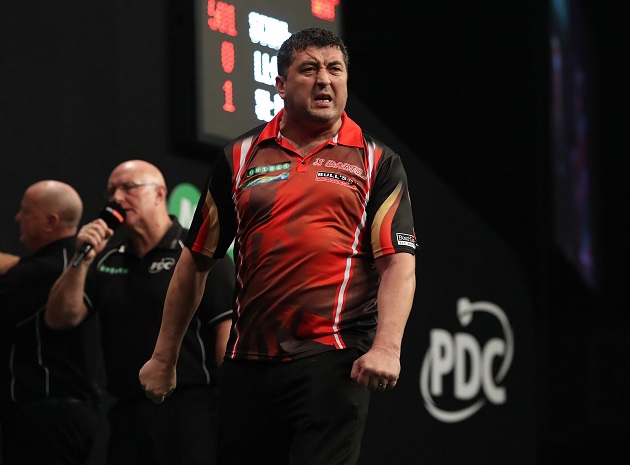 Suljovic continued his hopes of winning two televised titles in as many months after beating Steve West 3-0 in Dublin in their second round tie.
The Austrian started slowly but survived six missed darts from West to break in the opening leg before eventually going on to take the set 3-2 with a 108 finish on his favourite double 14. The second set was also close, with each leg resulting in a break of throw as Suljovic claimed the decider to move into a 2-0 lead in the game. West broke throw in the opening leg of the third set to restore some hope and after leaving 40 to take a 2-0 lead in the set Suljovic produced a moment of magic. Needing 140 to break back, the 2017 Champions League of Darts winner found the treble 20 before going on to pin back-to-back double tops to level the set in style. As with the previous two sets a deciding leg was needed, where Suljovic began with six perfect darts before eventually hitting double eight to secure the win.

"I played ok today but not great," said the number six seed. "The 140 was very nice but I have to do better. "I need to be ready for my match tomorrow, all the players are so good so I will have to work hard." 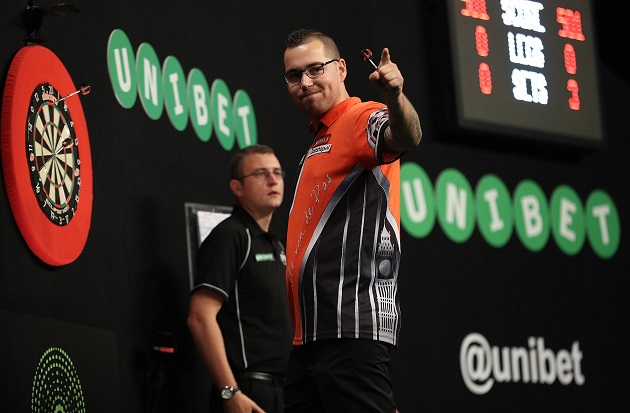 Benito van de Pas secured his place in the quarter-finals for the second successive year after a convincing 3-0 win over Gerwyn Price.
Van de Pas rushed out of the blocks by winning the opening two sets without reply, hitting a maximum and two 177s in the process. The third set was not quite as convincing for the Dutchman, as Price battled back and missed a dart for the set in the final leg of the match before Van de Pas took out 48 on tops to progress. Van de Pas averaged 95.13 but also hit 11 of 16 attempts at his opening doubles and nine of 14 finishing doubles in a comfortable passage to the last eight.

"I'm happy with my performance tonight," said Van de Pas. "I don't think I had a leg with no score on the starts so that is really important. "If I carry on finishing like that, this could be a very good week for me but I'm not looking any further ahead than tomorrow's match." 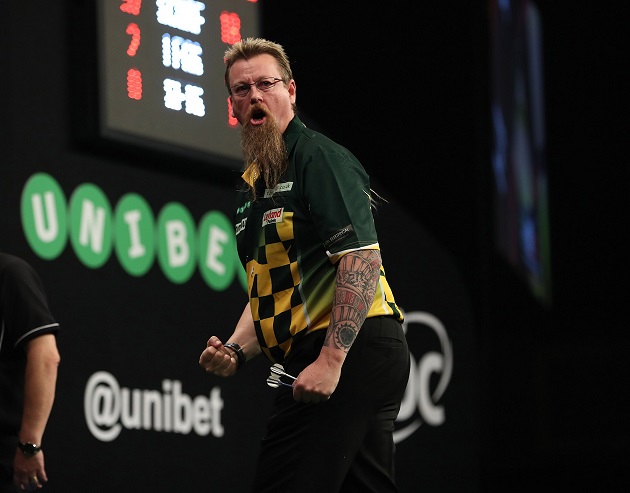 Van de Pas will face Simon Whitlock in the quarter-finals after the Australian overcame Richard North in their last 16 encounter, beating the debutant 3-0.
The pair - who play local league darts together in Hampshire - were facing each other for the third time in the PDC, with North winning the two previous encounters on the ProTour. The Australian opened the match taking the first set 3-1, finding double eight to claim his first leg followed by tops to break in the third before finally going on to pin double nine to take a 1-0 lead. North produced a fightback of sorts in the second set, taking the set to a deciding leg but, as in the opener, Whitlock found double nine to double his advantage. With the score at 2-0, Whitlock stepped up his level and took out 98 to break throw in the opening leg of the third set. Finishes of 20 and 45 followed to wrap up a comprehensive victory against a man Whitlock rates highly.

"Richard and I know each other very well from back home and he's a great player," said Whitlock. "I was a little bit nervous as he's beaten me the last two times we've played."
He added: "I probably practice more than anyone else on the planet so I don't see why I can't win this. I'm playing well and I'm feeling good."