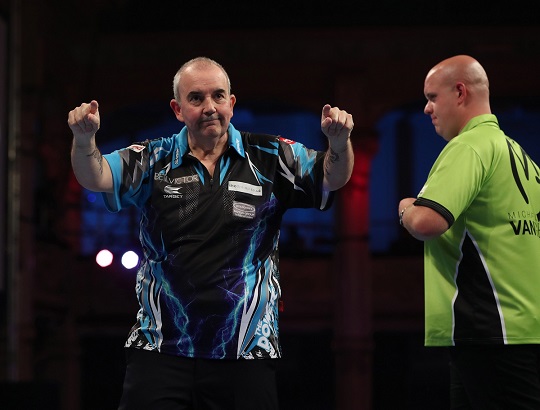 PHIL TAYLOR ended Michael van Gerwen's reign as BetVictor World Matchplay champion with a stunning 16-6 success to set up a semi-final against Adrian Lewis in Blackpool on a dramatic Friday night.

Taylor's bid to win an amazing 16th World Matchplay title in his final appearance at the Winter Gardens has already seen him overcome Gerwyn Price and Raymond van Barneveld this week.
That challenge continued in incredible fashion against World Champion Van Gerwen as the 56-year-old clinically punished his Dutch rival for an off-day on the doubles to march into the last four. 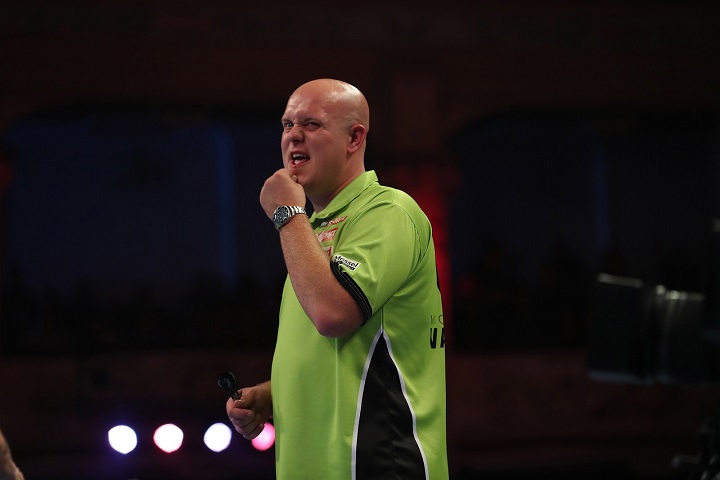 Van Gerwen had won every televised ranking title since the 2016 World Championship in a period of dominance only previously achieved by Taylor, whose bid for a fairy-tale Blackpool finale will continue on Saturday after he made the 27-year-old pay for 21 missed doubles during the contest. Taylor capitalised on five of those misses to win the opening three legs, and also landed double eight for a 4-0 lead before the Dutchman landed a 180 and a 76 finish for an 11-darter to get off the mark. Taylor responded with a 72 finish to regain his cushion before punishing misses from Van Gerwen in two of the next three as he moved halfway to victory at 8-1. Another 11-darter, featuring a 174 score, gave Van Gerwen his second leg, but four missed doubles in leg 11 allowed Taylor to finish 82 as he moved 9-2 up, before taking out 122 on the bull, a key 99 and an 11-darter in burst where he won four legs from five. Taylor's miss at double 18 allowed Van Gerwen to hit back on double ten, and the next two legs were shared before tops moved the veteran to the brink of victory at 15-5. Double one from Van Gerwen saved the game, but the fightback was ended as Taylor pinned tops to seal a memorable success. 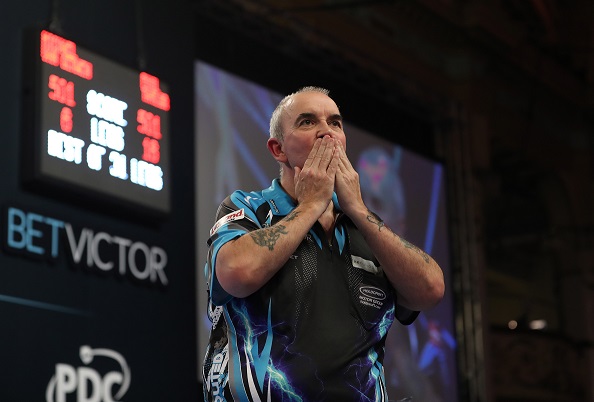 "Michael is a brilliant player - one of the best there's ever been - but he didn't perform tonight and the doubles killed him," said Taylor. "The atmosphere was fantastic and it was different for Michael because they were on my side. He was out of his comfort zone, but the crowd don't throw your darts for you. "Even at 12-3 I thought he could come back and it was a good match. I was about 18/1 with the bookies just to reach the semi-finals but I'm under no pressure and I had a different mindset tonight - I was relaxed and enjoying it." 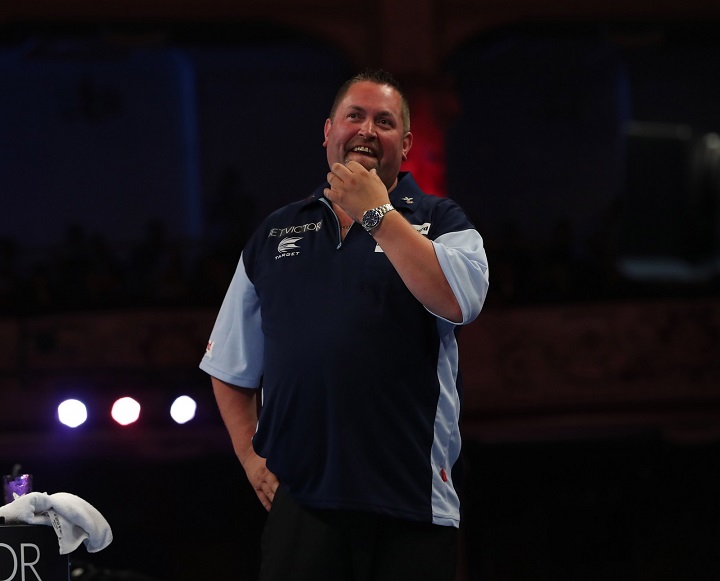 Lewis had earlier continued his challenge to win his maiden World Matchplay title by holding off battling Alan Norris with a 16-13 victory to reach the semi-finals for a second successive year.
As in his opening two matches this week, Norris was punished for a slow start as Lewis took the opening three legs, only for the UK Open semi-finalist to hit back and level, taking out 114 in the sixth leg. Norris then missed the bull for a 126 finish to move ahead as Lewis regained the lead, broke with a 13-darter and then took out 72 to open up a 6-3 advantage. Nine missed doubles from the two-time World Champion allowed Norris back in to finish double two as he hit back, but a four-leg burst from Lewis - including a 110 checkout - put him in command at 10-4. Norris finished 106 to reply, but Lewis won the next three legs in 11, 12 and 13 darts - including a 136 checkout - as he opened up an eight-leg lead. Norris' third ton-plus checkout of the game, with a 127 combination, was followed by a brace of double ten finishes as he pulled back three legs, but six misses in the next allowed Lewis to claim his 14th leg of the game. A 116 from Norris continued his big finishing before tops pulled him back to 14-10, and capitalised on three misses from Lewis in the next two as the gap closed to two legs, despite the Stoke ace hitting six perfect darts, with a 180 and 177, along the way. Another 180 and double ten enabled Norris to pull back to 14-13, but he crucially missed tops for a 160 finish to level in leg 28, with Lewis taking out 102 to give himself breathing space before taking out tops to finally claim victory. 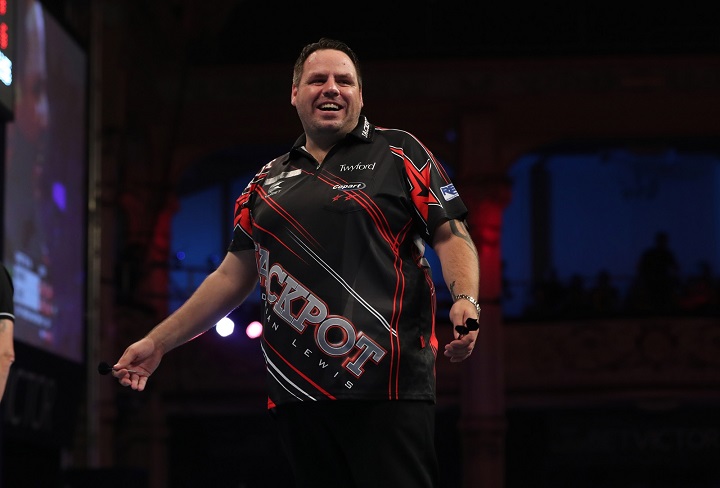 The win moves Lewis into his fourth World Matchplay semi-final, and having undergone surgery on a back problem earlier this month the world number four was proud to have progressed into the last four.
"I'm very relieved but it was an enjoyable game, and to win it is very pleasing," said Lewis. "I didn't have any expectation at the start of the week, so to be in the semi-finals I'm over the moon. "I probably didn't expect to be so far ahead and fair play to Alan for coming back and showing what a good player he is - but when he missed the 160 the 102 from me finally killed him off. "At times I missed some doubles but when it came down to it I got the job done. I'm happy to have taken out the 102 under pressure like that but I want to play better in the semis."
Lewis added: "Since the operation I've had good days and bad days, and today was a bad day which wasn't helped by getting caught in traffic on my way to Blackpool. "It might be a different day tomorrow and hopefully I'll wake up fresher and perform. I'll be the underdog but I can't wait."