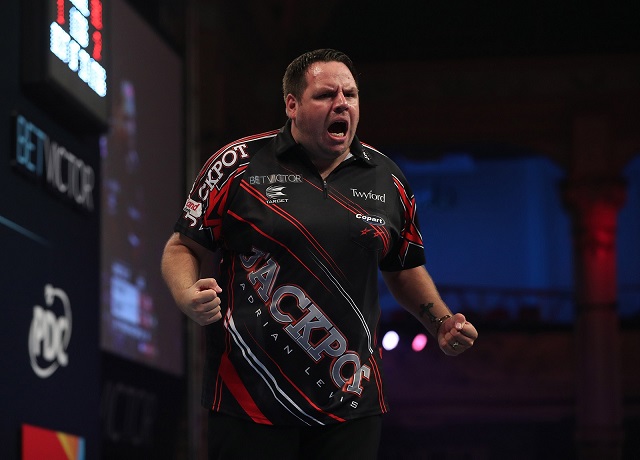 PHIL TAYLOR and Peter Wright will clash in the BetVictor World Matchplay final on Sunday night following their semi-final triumphs against Adrian Lewis and Daryl Gurney in Blackpool.

Legendary star Taylor's bid to sign off at the Winter Gardens with a 16th World Matchplay victory continued as he followed up Friday's defeat of reigning champion Michael van Gerwen with a 17-9 win over Adrian Lewis.
2013 runner-up Lewis had battled through to the last four on his return to action following a back operation earlier in July, but finally ran out of steam against his Stoke rival.
After Taylor opened with a 14-darter, Lewis took three successive legs - hitting two 180s, a 171 and a 12-darter in the process - to move into a 3-1 lead. Missed doubles in the next three legs, though, allowed Taylor to regain the edge, and though Lewis hit tops to move 5-4 up, a surge from the 56-year-old in mid-game proved crucial. Taylor took three straight legs from seven-all to lead 10-7, and though Lewis briefly stemmed the tide with double 12, the number eight seed took out legs of 12 and 11 in a run of five further legs to move 15-8 up. Lewis took out 74 as he hit back, but Taylor finished double eight and double four to win the next two legs and seal his spot in a 17th Blackpool final. 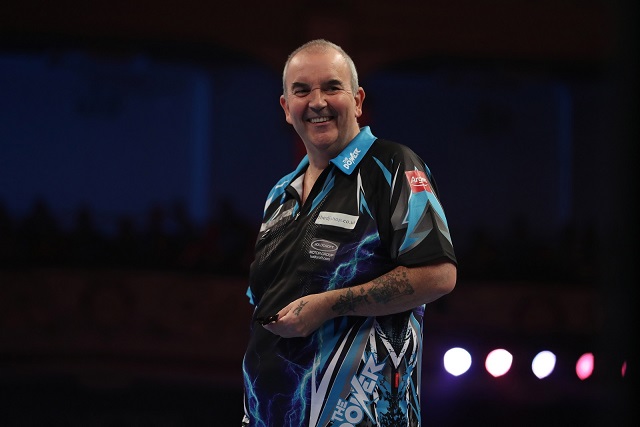 Taylor averaged almost 103 in a fine performance, and said: "I did well and I thought it was a good game, and it was tough for both of us. "I haven't played like that for a long time to be honest and it's my last day at the Winter Gardens tomorrow so I'm going out with a bang. "Adrian pushed me but I think he felt it towards the latter end of the game. My mindset was to keep him under pressure and I knew he was shattered, so I had to take advantage of him. "It's been lovely this week and this is why it's my favourite, and it means everything to be in the final in my last World Matchplay. I'm happy to be in the final and I'm going to go out there and enjoy it. "I'm going to be steady, I'm going to be consistent and I'm going to hit Peter with a lot of big shots and put him under pressure. "I don't think Peter's played as well as he can so far this week but he's done brilliantly to get to the final - he was lucky to get through the first round but he's pushed on. "I genuinely like him, I like how he works, he does everything right and he practises hard, and he works so hard on his appearance. He's probably the hardest working player I've ever seen in my career." 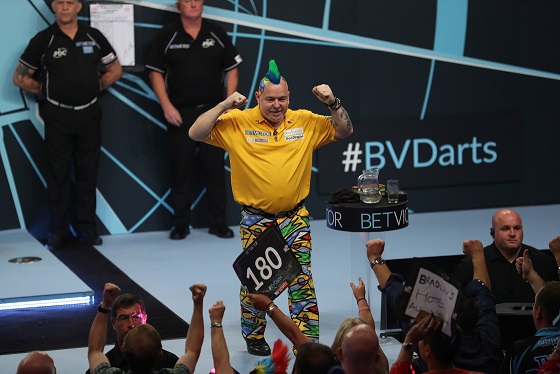 Wright had earlier won through to his first World Matchplay final, defeating Daryl Gurney 17-15 to continue his bid for a second televised title of the year.
The third seed ended Gurney's challenge at the Winter Gardens despite a slow start which saw the Northern Irish ace lead 3-0 and 4-1 before a change of darts from Wright sparked his revival. The Scot reeled off legs of 12, 14 and 14 darts to level, before punishing three misses from Gurney to lead for the first time, and finishes of 65, 80 and 90 took him into an 8-4 advantage. Wright also took out 108 either side of winning legs for Gurney, who failed to capitalise on a total of 16 missed doubles from the UK Open champion in the next two legs, with ten wayward darts of his own allowing his rival back in to lead 11-6. Gurney, though, regained his range on tops, landed two 180s as he won his eighth leg of the contest and then finished double two and double eight to pull back to 11-10. However, Gurney was crucially denied the chance to level as Wright held his nerve on double ten twice in three legs, before tops gave the world number three a 14-11 cushion. Gurney's 118 checkout was followed by a 100 combination from Wright to leave him 15-12 up, but a brace of double 16 finishes from the 31-year-old cut the gap to one leg once more. Wright, though, edged clear again by taking out 71 to move to the brink of victory, with double 12 keeping Gurney's hopes briefly alive before a miss at the bull allowed the Scot to finish 96 and book his place in the final. 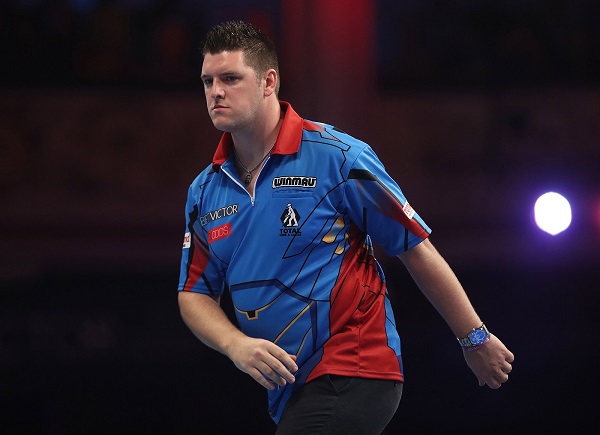 "I'm over the moon to have reached the final of the World Matchplay - it feels fantastic," said Wright. "I'm one step away now and hopefully I can play better than that and lift the trophy tomorrow. "It was a battle for both of us. Daryl is a fighter and an awesome dart player - he's been playing some fantastic darts - but I'm a very similar person. "I couldn't hit anything and I changed my darts a couple of times. I wasn't on top form but I scraped over the line and I'll take that. I haven't played well all week and maybe I'm waiting for the final. "I've done the hard job to get to the final and now I can relax. It will be fantastic. He's the best player on the planet and he always has been, and I've got a tough game."